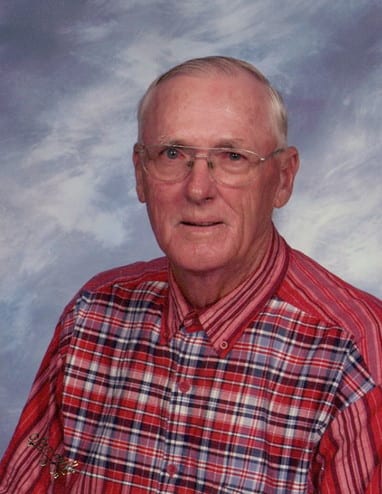 KNOTTS ISLAND – Joseph J.“Chop Chop” Flannagan, Jr., 76, died October 6, 2020.  Chop Chop was born in Norfolk, to the late Joseph J. and Bertie Mae White Flannagan.  He was an avid Fisherman, enjoyed gardening and raising ducks.  Chop Chop was a member of Knotts Island Baptist Church and was known for his duck carvings.  He was a loving husband and father and known to his children as just being the “Best” dad.
Left to cherish his memory is his loving wife of 55 years, Margaret Rowe Flannagan; children, Kathleen Fay Graham (Angel) of Norfolk, Suzanna Miller (Henry) of Moyock, and Wesley Flannagan (Jennifer) of Carova Beach; siblings, Ted Flannagan of VA, Shortie Flannagan of Knotts Island, Richard Flannagan of VA, and Judy Waterfield of Knotts Island; grandchildren, Tony Graham, Ashley Dale (Cameron), and Mindy Miller; great grandchildren, Payton, Maci, Henry, and Tucker Dale; and a host of other family and friends.
The family will receive friends at Altmeyer Funeral Home, Chesapeake on Thursday from 6:00 pm until 7:30 pm.  A graveside service will be held on Friday at 11:00 am at Knotts Island Cemetery with Rev. Koolman and Rev. Frank Jennings officiating.  A reception will follow at Knott Island Baptist Church in the Social Hall.   Express condolences to the family below.

Dad I miss you so bad it hurts.

Am so sorry to hear about the loss of your loved one Joe .Prayer for you and the family .

To my dearest Papal,
You never know how precious time is, how precious pictures are until those memories are all you have left. I am blessed to have had you in my life for as long as I did some people don’t get to have their grandparents in their life but I got the pleasure of having you, and watching you become a great grandfather to my babies. We had some great times together and made some special memories together that I will always cherish. I will miss my random calls throughout the week from granny saying “Ashley, we are going to come down and visit for a little while if thats okay”. You were never a man to stay in one place very long, you would make the 45 min drive over to the mainland stay about 15 minutes before saying to granny “well you ready”? I guess thats why God called you home so early he knew you didn’t like to stay in one place very long, or maybe he just needed your help in heaven.My kids enjoyed each visit regardless of how long you stayed, and always looked forward to seeing you, and granny. I remember when maci was born and you were so scared to hold her because she was in a harness because of her hip dysplasia, you were so nervous the day I handed her to you, but gosh you smiled so big and I could see how proud you were to be a great grandfather again. I am so lucky that my kids had such a great, great grandfather. The holidays this year won’t be the same without you, but we will save a seat for you and a slice of pumpkin pie and we will be sure to keep your memory alive. Thank you papal for all the wonderful memories and all the precious time you spent with us. Give great granny a hug from us and watch over mom, fay and granny. We love you and miss you. Until we meet again hold things down in heaven and enjoy your time being a guardian angel, keep us safe and watch over things. I love you.
Love,
Ashley
Ps. I hope they have a “hot ditch” in heaven and stripper season is always in, im sure your catching the biggest fish.

Our deepest condolences to the family,

So sorry. We feel like a family member is gone. We are here. Rides and talks we are here.❤️

My dad was a very loving and caring father. He would do anything to help people in need. When it came to helping his kids, he would drop what he was doing to help in anyway he could no matter what time it was.He meant the world to me. I loved him with all my heart, I loved him to the moon and back. I know he is in a better place. My dad was my beast friend, and a great father to all of his children. He loved us, and his grand children, and great gran children alot. He always did a alot for everyone he met. He also loved his ducks and he loved to duck carve, as well as going to duck showes. I just cant express how much he loved us. I miss and love you dad.
Love,
Fay

Margaret, so sorry to hear about Joe.The two of you always brightened the days of the folks you delivered meals on wheels to always waving at everyone. I loved watching him put that step stool he made for you out for you to get in &out of the truck. He adored you and know you will miss him.

I am so sorry. Prayers for all of you. Hoping all your wonderful memories will warm your hearts in the days ahead.

Margaret, Gina and I are very sorry for your loss. We love you and we are here for you

Margaret and family, Gina and I are so very sorry for your loss. We love you and are here for you please call anytime.