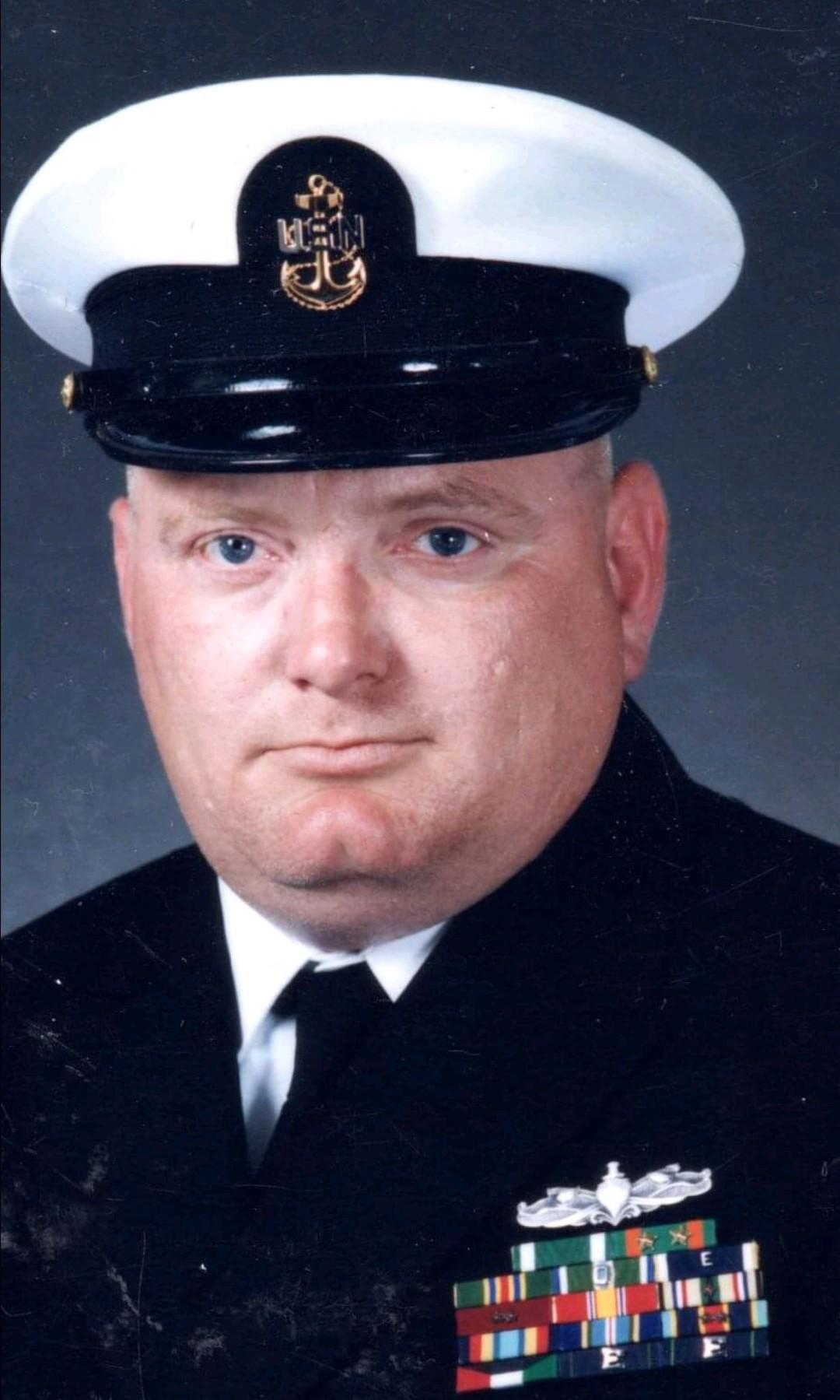 Joseph M. Burke, Chief Petty Officer (Ret.) passed away unexpectedly on January 13, 2022 at the age of 61 in Virginia Beach, Virginia. Joe was born in the City of Baltimore, Maryland and graduated from Chesapeake High school in 1980. Shortly thereafter Joe joined the United States Navy where he served a distinguished 21-year career on many ships all over the world as a Senior Enlisted Damage Control Manager and Training Specialist. His duty stations included Norfolk Virginia, Guantanamo Bay Cuba, Yokosuka Japan and Atsugi Japan. Upon retirement Joe Instructed at the Maritime Institute of Technology in Maryland and also worked as a Service Technician for Mechanical Engineering & Construction Corporation. His lifelong love and devotion to the United States Navy was evident and continued on into his retirement years.  He volunteered at the VFW and many of the Chief’s Clubs where he made countless friends and memories.

Joe loved to hear live music in the company of friends. He had such a big heart and would have given the shirt off his back to anyone. Joseph never met a stranger and made friends with everyone. His kindness, friendliness, and good nature will be missed by so many.

An Inurnment Ceremony at Arlington National Cemetery will occur at a later date still to be determined.

Dearest Big Brother Joe, after the news I was kind of numb not accepting that you had left us. But my heart was broken. Guess I just suffered in silence. Meeting you and Mami at the DAMNECK Chiefs Club was awesome and loved you and Mami being there every week with your love and laughs. I’m thankful I was able to introduce you to NORFOLK CPOA and meeting the great Chiefs there and this awesome place where you served the Mess for a few more years unconditionally with love respect and true passion of the term “The Chief!” I will always miss you Big Brother and my heart is always with Mami. I pray for comfort for your family and renewed strength and faith and remembering your memory like us Chiefs do. May God give you true rest and comfort and we are thankful for your service to this grateful Nation and Navy! I love you brother and will always have you in my heart. Fair winds and following seas, Shipmate! Save a seat for me at the eternal CHIEFS CLUB which you are the PRESIDENT.

You will be missed by many Joe.

As part of your Navy Exchange family, i want to give you my deepest condolence in the lost of your best friend, the love of your heart, your husband. I will keep you in my prayer that you remain strong during such sad departure, and know that we all love you and praying you.

Joe you will be sorely missed at the Cutlass (CPO Club). You truly lead by example and shared your wisdom, wit, and sea stories with the active and retired Chiefs. You invested yourself in our mess and gave so freely of your time and talents to make it a better place for all. You will be sorely missed but never forgotten. Rest your oars brother.

Joe, we will always remember the good times we had with you and Mami at JJ’s. We will miss your humor and funny stories. Gone too soon but will never be forgotten.

YOU WILL ALWAYS BE IN THE MINDS OF US OLD MEMBERS AT THE FIRE CO. I WAS A NAVY DAMAGE CONTROLMAN MY SELF,USS CHICAGO.SEE YOU AGAIN SOMEDAY.

Joe, there are no words to say how much we will miss you. In our heart and thoughts forever.

How is it that you are gone to soon! Joe Burke was an amazing man! He had jokes and wasn’t shy about telling us those disgusting one to! He was a perfect gentleman when it came to Mami, she was his love, when he talked about his beautiful daughters his light would shine so bright and even brighter when he spoke of his grand children! Joe had so many friends every where he went and made new ones along the way! I will miss his stories of the old days, his momma’s cooking and how he misses his sister, now he is with them celebrating their reunion! So as we grieve for Joe we also have to celebrate that beautiful reunion! We are going to miss you my friend!

Rest In Peace shipmate. Was onboard the Blue Ridge with you. Glad we had a chance to serve together. Fair winds and following seas.