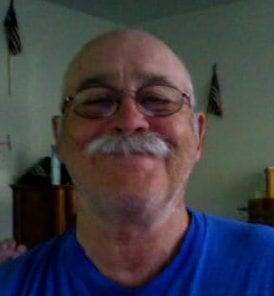 John was born in Paso Robles, CA. where he spent his younger days surfing then turned his attention to football. John was a High School football standout at Woodrow Wilson High School in Long Beach, CA. then was drafted by Arizona State University as a Right Tackle and Punter, where he won the Glen Hawkins Sportsmanship Award. After his college years John was drafted in the 19th round of the NFL draft playing for the Washington Redskins in 1965. Somewhere between college and being drafted by the NFL, John became a United States Marine serving 2 years before being released to return to college.
John not only went to college to play football, he earned his degree and began teaching after returning to California. He had two master’s degrees (teaching and Special Education). Around 1981 John and his family made the trek east where John began teaching at Binghamton H.S. in Binghamton, NY. This is where John’s love of coaching embedded itself in the community. John coached Football at Binghamton HS and at Chenango Valley Jr.-Sr. HS as a modified football coach. He started playing in the Kattelville Fast pitch Men’s Softball League from 1983 – 1992, this is where John established his love for softball and began coaching the Binghamton HS Girls Softball Team in 1990. That run lasted until 2007, as well as all the softball camps he ran there until 2005. John then directed his attention to running pitching camps at Oneonta Boys and Girls Club and SUNY Broome from 2005 and 2013, respectively. John returned to coaching as an assistant coach for SUNY Broome Community College softball team. John’s coaching has fostered the love of the game in many of his former players who have also become coaches themselves at various High Schools and Colleges.
John was a founding participant of the Binghamton Area Girls Softball Association Inc. (BAGSAI) program and complex, and found great pleasure watching “his softball girls” play and succeed in the sport. John also coached the Days Inn sponsored girls travel softball team. His involvement and dedication to girls’ softball in the triple cities area is a true testament to his commitment to the positive development of children and teaching them to succeed.
John is survived by his wife Mary (Francie) Seedborg, two daughters Tina (Steve Requa), and Rebecca (Ron Conrad), and his grandchildren Lexi and Maddie (Requa), and Kara, Baileigh, and Cameron (Conrad). His sister Deborah (Mark Ellis), Colorado and several beloved nieces, nephews, and cousins.
John was undergoing a procedure when he unexpectantly passed due to complications. This sudden loss of John has left the family both emotionally and financially devastated and unprepared. Honor the memory of John and show your support for the family by donating in his name to assist the family with the mounting expenses during this difficult time. Donations may be made at www.TMCFunding.com.  No amount is too small, and everything is greatly appreciated.
A celebration of John’s life is planned for early summer in Binghamton, NY.

Fran and family, I was very saddened to see John passed away. It was indeed a pleasure to have him as a teaching colleague. He was a fine, dedicated teacher, coach and very importantly, a family man. May John Be At Peace and Fran, God Bless You and Your Family. Keep those wonderful memories alive.

John was a very special person who helped many strive to be better. He will be missed by everyone he met and taught, he was full of life and energy which allowed him to live his life to the fullest. I enjoyed the summer we coached the softball team ” The Binghamton Ponies” he made it fun and educational for all.I am sure he made it through the gates and is now in the big (softball) show where there is only sunny days.

I am honored to have taught and been friends with John. He was someone that you could trust his advice and know he would back you up with loyalty. His life stories were amazing . He did live life to the fullest. He will be sadly missed .

Mr. Seedborg you will always be my
Most favorite softball coach! BHS 1990. You were not only an ama I gotta coach, you were also an amazing confidant when one of your students needed you! May you Rest In Peace.

John was a good friend and colleague at Binghamton HS He Also was a great coach who my daughter has the privilege to play for him. He was easy going and a very gentle and caring man! He will be missed by many of us who knew and worked with him.

What a wonderful man that I had the privilege to teach with at Binghamton High School from 1993 till he retired. His stories and how he dealt with our students was a true learning experience. What an incredible man.

The news of the passing has left an empty feeling in all of us who knew John.

Thank you John for being a dear friend and fellow coach!!! Luv ya man! You will be missed and a great loss to the Binghamton softball community. You always treated everyone with kindness and respect and never had a bad word to say about anyone. You are the only Washington Redskin I would ever root for. Maybe you can start a team up there!!! God bless you Mr. Seedborg!!!