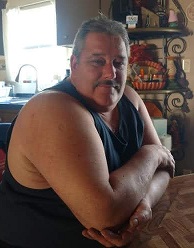 John Patrick Kearns Jr, 53, passed away Monday, February 14 ,2022 in Virginia Beach, Virginia  peacefully in his sleep. John was born June 26,1968 to Jack and Cathy Kearns in New York. He was a graduate of Great Neck North High School in 1986. John was a 30 plus year ASE Master Automobile Technician. John was a Technician at Chrysler Dodge Ram Jeep, Southern Jeep, Mercedes Benz, BMW, Bavaria Automotive, Philips Oldsmobile, and Checkered Flag.  Prior to his years working with a vast array of vehicles, he was a USN Aviation Support Equipment Mechanic with the Navy. John also was a mentor to young men coming into the automotive business teaching them the ways to become a successful mechanic. John so much enjoyed working with everyone that he has over the years.
John leaves behind his wife, Angela Kearns, of 27 years; his daughter Angel Marie Kearns McDuffie her husband David McDuffie; his son John Patrick Kearns III; his Mother Cathy Wurster and the late Eugene Wurster in Virginia Beach, Virginia; and his step-mother Maureen Kearns and the late Jack Kearns, from Jupiter Florida along with a host of many beloved friends.
A memorial service will be held at a later date. Please consider contributing to the John Kearns Jr. memorial fund by clicking HERE to assist the family during this difficult time.

The gangs all here with Grandma Helen

We were surprised and saddened to hear about John’s passing. He was such a good guy. We’re going to miss him. Angie, all our thoughts and prayers are with you and your family.”

I am sorry to learn of Mr. Kearns passing. Prayers are being said for the family members. He is truly missed.

Remembering John, I think of all the fun times we shared as children while visiting the Rella cousins in New York. In particular, John and I playing at the Great Neck house, searching & collecting Indian head pennies. I will always cherish the memories growing up and reuniting with John, Aunt Cathy and Uncle Jack.

You are loved John and I am happy we connected so recently. Love, Traci

Sorry for your loss. Our thoughts and prayers go out to the family.