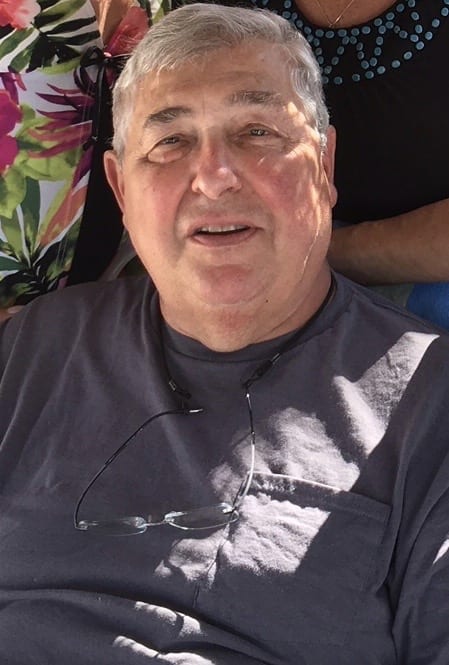 John Edward Henseler entered the arms of His Lord and Savior Jesus Christ on November 27,
2020, after a six month illness.
John was born on July 26, 1943 in Dumont, NJ. He loved spending his childhood summers at
Lake Delaware Boys Camp. He graduated from Emerson High School and Norwich University.
John served with distinction in the US Army as a Combat Medic in the Vietnam War, earning a
bronze star and a purple heart. John met Dolores Seiferling in 1970, married the love of his life
in 1971, and raised their family in Randolph, NJ. John loved his career in banking, beginning as
a teller before moving into mortgage origination at Morris County Savings Bank, Berkley
Federal Savings Bank, and Columbia Savings Bank. Upon retiring, they moved to Virginia
Beach, VA, where John enjoyed his final years overlooking his pool and frequenting Walmart.
John loved Jesus and loved the local church. He was always involved in serving his church
family and supporting initiatives to give more people hope in Jesus. John also loved spending
time in Aruba, where he would get up at 4am to reserve chickie 54 to enjoy a bloody mary
with his cronies from the “Rear View.” John was generous with everyone, but it was ill advised
to start a political conversation with him.
John passed away peacefully at Magnolia Manor, a wonderful support system which served
him with excellence and compassion.
John was preceded in death by his father and mother, Roy and Tina Henseler of Morristown,
NJ and his favorite dog, Mollie.
John is survived by his wife of 49 years, Dolores, daughter Janine Gordley and her husband,
Matthew of Pittsburgh, PA, son Edward Henseler and his wife, Rebecca of Virginia Beach, VA,
and Joseph Henseler and his wife, Karine of Allentown, PA, along with grandchildren Jack,
Aidan, Noah, Alexandra, Caroline, Anderson, Wyatt, Shepard, and Cooper.
John is also survived by his twin brother, Dr. R. Alan Henseler and his wife, Nancy of
Morristown NJ, sister Beverley Zigelman and her husband, David of Aiken, SC and loving nieces
and nephews Lauren, Kimberly, Meredith, James, Christina, and Robert.
Donations in honor of John can be made to Beach Beacon Baptist Church, 2301 Newstead Dr,
Virginia Beach, VA 23454.

Mr. John Henseler Will Take Me Out To Lunch

I Loved Mr. John Henseler
He Would Take Me Out To Lunch @ Lynnhaven Mall

John and Dolores are an inspiration to me and my family. John didn’t tell me what I wanted to hear but what I needed to hear and I admired him for that. He had intelligence, wit, charm and a caring heart. I will always be thankful that I had the opportunity to know him and to call him a friend. I will cherish his memory for years to come.

My dear Dolores,how instrumental you and John are in my knowledge of the Lord and my walk with Him. He is with my dear Jack now and all the saints in heaven.Know I love you,

John was such a wonderful and faithful servant of God and of Grace Covenant. We are so sorry for your loss and give thanks that we were blessed to know you both.

Willie & Bettie we will truly miss John he was an encouragement to so many people’s he was no stranger when meet him it’s like you have know him forever he loved our Sunday school class he spoke very strong about our Lord Jesus Christ he was a pray warrior our family love John our son victor, Chris our daughter Angie was his Buddy he set with her through all her cancer treatment did not miss a day my husband Willie and John was true friends their is so much to say but cannot write it all in we miss him our prayers are with Dolores and the families R.I.P

Mr. John an amazing man and a friend. When I went through my Breast Cancer as soon as started my Chemo. John was there everyday. He would change his schedule to sit with me through my cancer. John would get there before me and my parents and he would be talking to someone while he waits for us. I can remember you can only have one family member back there and John would come and sit with my dad while I get ready to do my chemo. Mom would be back with me and when it dad time to sit with me. John would tell the receptionist to buzz my dad in. John took over the waiting room. My nurse loved John they went back and forward with the sarcasm. John would sit with me and if I feel asleep because of the medicine when I woke up John was sitting talking to someone else. John would come to Wal-mart when I worked there and one day he came to the backroom looking for me. The new store manager called me to office and wanted to know who was white man in the back room. I told her that is Mr John. Mr Wal-mart she said he cannot come back here. I found John in the break room and told him he could not come back here he said I was just looking for you. John I love toy I miss you. Dolores I am here for you anything you need. Dolores and family I am
praying for you. What a special man.

I have many memories of Uncle John and Aund Dolores. They have been part of my life since the day I was born. He and my dad attended Boys Camp together ❤ and they were/are my Godparents. Growing up made, they were really my 2nd parents and I made sure my children had memories with him/them just as I did. My dad predeceased Uncle John 8 years ago and I know for certain they are together again, along with my mom having the time of their lives Uncle John was so many things…Humble, funny, happy, full of love for all, filled with the Holy Spirit and he lived his life in a Christ-like manner. I know his work will continue beyond the realms of earth and we will forever feel his spiritual presence around us. I am blessed to have been part of his family. Fyou will be forever in our hearts Uncle John❤

Paul and I send our sincerest condolences to you and your family. We loved John as a brother in Christ and as an Army brother in arms. We enjoyed going to church with John and listening to him sing in the choir. We enjoyed his company and friendship. We are praying for you Dolores, for your children and grandchildren. Hope that one of my grandmother’s favorite verses can provide some comfort, “Precious in the sight of the Lord is the death of his saints,” Psalm 116:15.