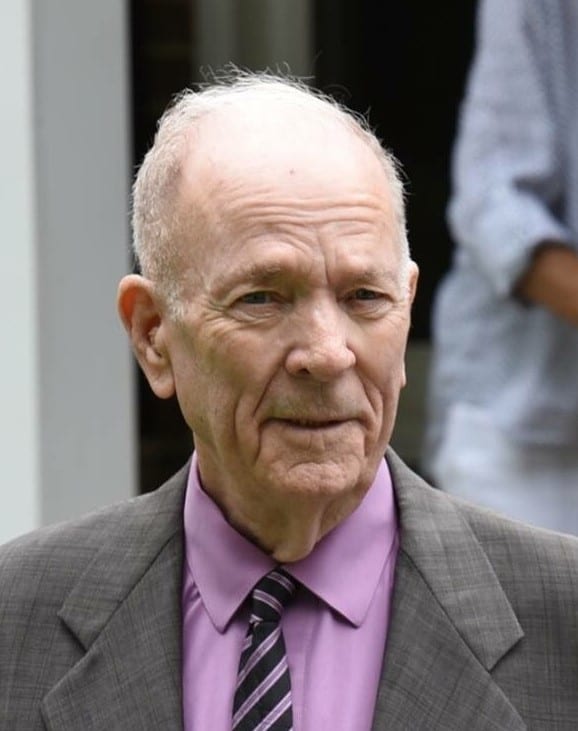 Known affectionately by his friends, neighbors, fellow Lodge brothers, and servicemen as “Bart” CWO 4 John Douglas Bartleson Jr, USN Retired, age 80 passed away peacefully on Wednesday, October 12th. He is survived by his wife Kay, daughter’s Ann, Pat and Lori, son’s John and Mike, five grandchildren and five great grandchildren.
Born in Ft. Myers, FL. John was an avid outdoorsman and Eagle Scout in his youth. Preferring fishing, swimming, and camping to book work, he enlisted in the Navy in 1954 as a diver and Mineman before transferring to Explosive Ordnance Disposal (EOD). He married his high school sweet heart Judith Ann Corbitt in June 1956 who preceded him in death. During his 30 year career, Bart made several contributions to the EOD community, authoring a 60 Series Civil Ordnance EOD publication, participating in the clearance of ordnance from the Suez Canal, serving as the first Navy EOD Exchange Office to the British EOD Scholl, and obtaining recognition as Navy’s Master Blaster for having the longest consecutive EOD service. He is a Plank Owner of EODGRP 2, Ft. Story, VA where he retired in December 1984.
John enjoyed many hobbies and interests; he served as a Boy Scout Leader in Indian Head, MD., designed and built furniture, served as the Navy EOD Association Historian, and contributed to the Artilleryman Magazine to name a few. He married Kay Addison of Ft. Myers, FL in August 1990, and was an active member in his church. John was raised a Master Mason in Perseverance, MD Lodge# 208 in 1962 and became an active and faithful brother of the VA. Lodge Willis V. Fentress# 296 in 1984 until his death.
He will be greatly missed by his family, neighbors, community, lodge brothers and service members. His memorial service will be held Sat., Oct. 29th at 3p.m. at Willis Fentress Lodge, 6060 Providence Rd., VA. Beach, VA 23464. In lieu of flowers, donations may be sent to Willis V. Fentress Scholarship fund at the above address.

To all of John’s friends and family, you have my most sincere condolences. I discovered his passing only today and am grieved that I did not know of it earlier. He was a wonderful person and I shall miss him greatly.

Ours hearts are with our Bartleson family. Doug will forever be present in the lives of those who were privileged to know and love him. Godspeed “Dad”

To the the Bartleson Family our sincere deepest condolences for you on the Passing of your Father Marie and I will Remember you in our Mass Intentions.

I thought my previous posting was entered, but it appears to be gone. Just wanted to let you know I know the loss of your Dad/Grand Dad will be very sad for you all. God’s blessings on you all. I will miss him also, the great visits we had and the many phone calls between us. I know you have lots of wonderful memories over the many years. Love to you all, Gale and Leonard Caldwell

To the family of Doug, we are so sadden by the loss of your loved one and of one of our classmates from High School…Praying for love and comfort for all as your hearts begin to heal.. Beverly and Jimmie Walker

As with all of his EOD brothers His Kind Will Not Be Seen Again.
To All of us who will miss him – we will remember his generosity of spirit, his sense of humor and his gentleness. Your memory will live in me and so many others. Love Jan

We are so sorry for your loss our prayers and thoughts go out to all of you. He has a special place in your hearts and memories. Live well with the angels above sweet man.

Ann, I am so very sorry for your loss. May God bless you in the days to come and help you to find comfort and peace.

Doug was a wonderful man, father and husband. He will certainly be missed by all who knew him. My thought and prayers go out to his entire family and friends. God be with you all.

Knowing you are at peace with our heavenly Father. Love you forever in my heart5