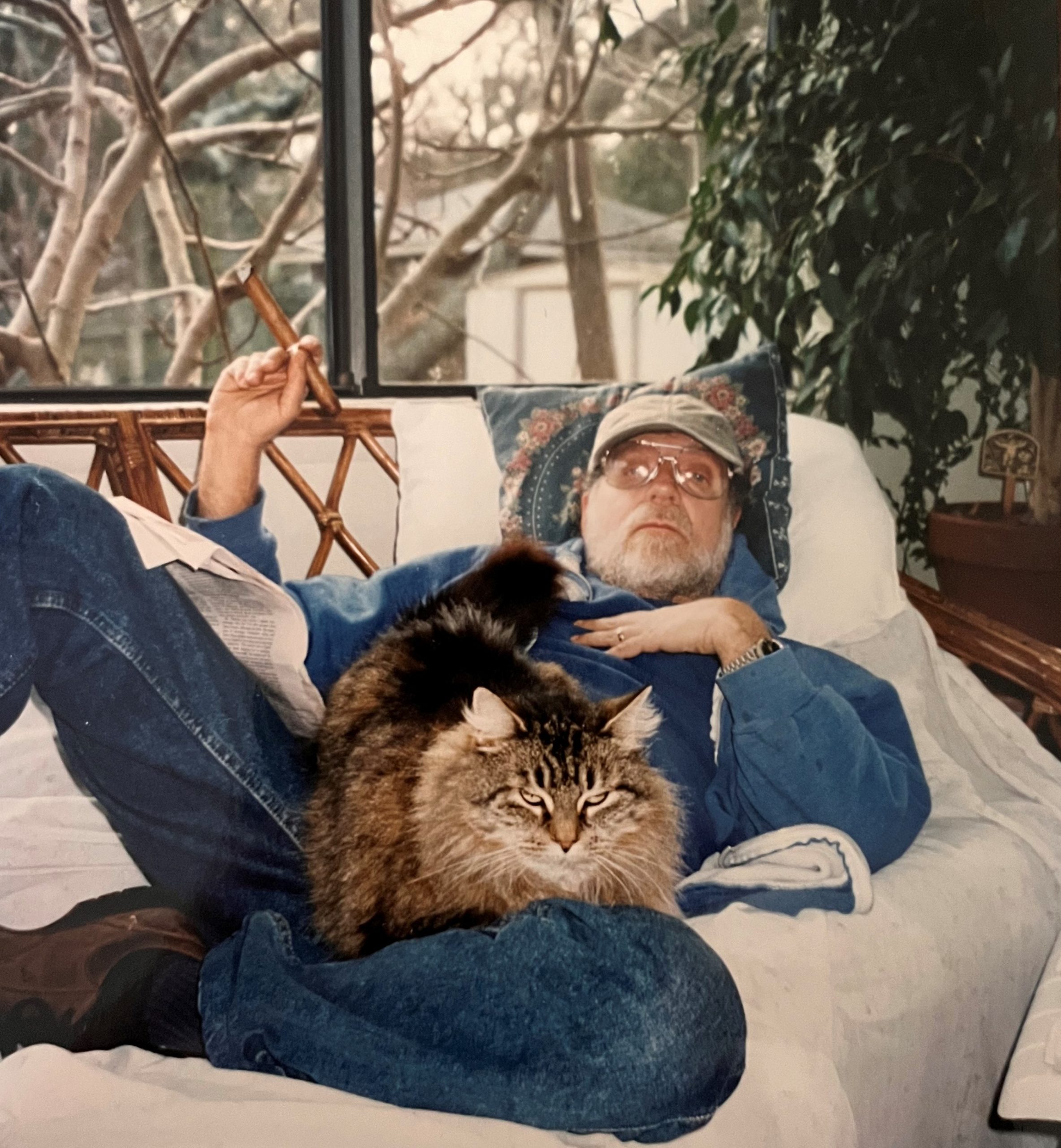 Memorial
Saturday October 29, 2022
11:30 am
Altmeyer Funeral Home - Maestas Chapel
1801 Baltic Avenue
Virginia Beach, VA 23451
(757) 428-1112 | Directions
John Caputi, 81, passed away October 17th at home with his family in Virginia Beach.
He was the son of Pasquale and Letizia Caputi who came to NY from Italy. He was one of 5 children and grew up in Bensonhurst, Brooklyn until moving to Virginia Beach in 1986.
He is survived by his wife, brother, sister, son and daughter. John was a grandfather, he had many nieces and nephews, also great and great great nieces and nephews. John was an artist in everything he did, he loved collecting items and creating decor for the home, he even created a stain-glass window for the house using beach glass he would find on his walks.
He worked on projects with creativity and perfection. John loved his long walks on the beach, talking about Philosophy and art, he was a great listener, supportive and reliable friend. He was an animal lover, also a foodie who loved eating out and creating his own masterpieces of Italian cuisine, especially using many of the vegetables he grew from his own garden. He never met a stranger and enjoyed inviting family and friends to dinner to try out his great recipes.

John and his Magic Touch

Strange things happen to John pretty regularly without fazing him in the least. He hasn’t met an animal that acts as if he isn’t their best friend, practically demanding a
warm greeting as they pass him on the street, while their owners struggle to hold them back. When John became acquainted with a war veteran with a background in special operations, the man invited him over for a beer. He told John, in advance, about his three very protective dogs but didn’t offer to put them in another room as some might. John went to visit and even before ringing the doorbell, the dogs started aggressively barking and scratching at the door. However, within minutes of sitting down on the couch with a drink in his hand, two of the dogs had their heads in his lap – while the third one lay at his feet. The man was amazed. He had never seen his dogs respond that way before to anyone. 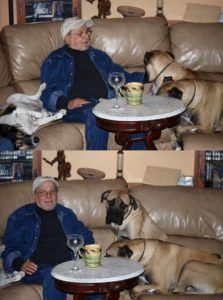 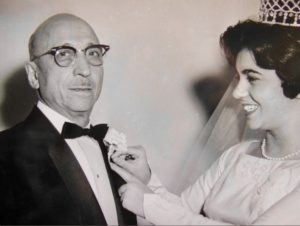 A Memorial Service will be held for John Caputi on Saturday October 29, 2022 at Altmeyer Funeral Home Maestas Chapel 1801 Baltic Ave, Virginia Beach VA, 23451. In lieu of flowers, the family requests that you make a donation to a charity of your choosing in John’s memory.

What an incredible person . I love the stories . My prayers for his eternal peace in the undying love of the infinite and my love and prayers for you Linda and all of your family . Take Care of yourself . Love – Nora Sullivan

Dear Linda, Jody, Demian & family. As you know, John and I knew each other from the “Do Nothing Club” beach days from back in the mid-80s. We enjoyed numerous conversations on a variety of topics up until a few weeks ago (via FB private messenger). I took a photo of John, cigar in hand, on his beach chair in 1987. I’m glad I captured that moment of special times. John was bright, creative, sensitive, and caring. I will miss him. May he rest in peace. With sincere condolences, Beverly

When I went to massage school, I was in need of a home and God answered. He sent me to Linda’s and John’s. This home became a haven for me. They opened their home with open arms and a open heart. I loved coming into their house in the evening with the sweet smiles and the smell of Italian food cooking. I will always be grateful to this dear family and will miss that dear soul.

Linda,
What a beautifully written tribute to John!
It brought back alot of special memories.
Sending loving and comforting thoughts to you,
Jody, and family!

Dear Linda and Caputi family, John was the sweetest man and I am honored to have known him over the years. My heart goes out to each of you through this very difficult time. May you find comfort in the wonderful memories you shared with each other. Sending all my love as you navigate through this.

I’m so sorry for your loss. Although I never had the pleasure of meeting Mr. Caputi, I did have the opportunity to listen to Jody talk about her dad. Her stories along with the short story shared above confims he was an awesome man. My thoughts, condolences, and prayers for comfort and healing are with you all.

Hello, I’m so sorry for your loss. John was a wonderful man. He will be missed. My heart and prayers to you and your family. Love and blessings.