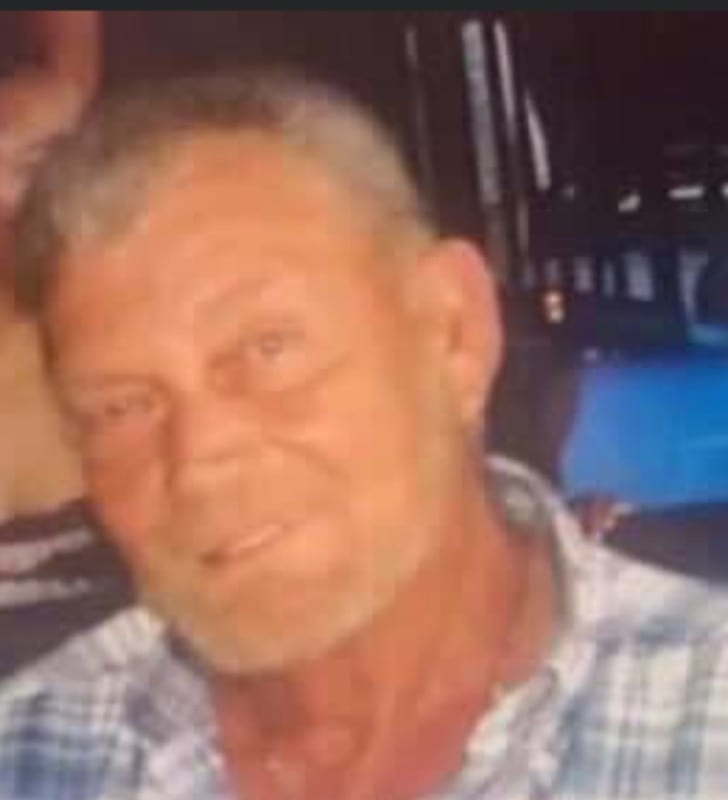 Jesse Kimrey, 76, went to be with the Lord on Friday, August 14th, 2020, he passed away peacefully with family at his side. Jesse was born August 7, 1944, in Newport News, VA, but for the last 21 years called Seaford his home where he resided with his son, Travis and his wife, Laurie, and his grandchildren.
Jesse worked his entire life as a trim and framing carpenter with his brother, Addison Kimrey, at his side and he will always be known for his perfection and quality workmanship. He was an avid fisherman and dedicated Redskins and Nationals fan, known for his complaining when they would lose.
Most of all he will be remembered for the great Father and Grandfather that he was, he truly loved spending time with his family.
He is survived by his eldest son, Randy and his wife, Sandy; grandchildren, Mitchel, Wesley and Andrea, and great-grandchildren, Amelia and Alice Bouch; his middle son, Travis and his wife Laurie, grandchildren, Katie, Travis Jr., Jess, Bonnie, Olivia, Nathaniel, Haylee, Baylee, Joy, Addison, and Adelaide; and his youngest son, Jason and his wife DeAnna, and their son, Jason Jr. As well as his nieces and nephews, Frankie Cupp, Mark and Matt Kimrey.
A private celebration of life will be held by the family. Altmeyer Funeral Home-Denbigh Chapel, is assisting with arrangements.

My best memory of my Uncle Jesse is of how he was the best brother to my dad Addison! They were so close; more like best friends. They did everything together. He was always over at the house with coffee in hand just like dad. He and I shared a cool bond which as all the family knows is our love for Elvis! I never knew he had a really cool Elvis phone (lol) I will truly miss you Uncle Jesse, love Frankie

Thoughts & prayers to Randy, Travis, & Jason. I only met Randy a few times with Jesse but remember when Travis & Jason were born. You guys used to go fishing with my former husband, Leonard Patterson. Your dad loved you dearly. Family always came first! Jesse was a good man with a sweet spirit.

Jesse was a good man. The two of us started our lives together and then went our separate ways. He was good to me and took loving care of me and his first born Randy. I will always miss him and his family.

Oh my Travis, and extended family. He was an absolute first rate guy. My dad loved talking to him during games, though getting him to talk could be a challenge on occasion. He was such a positive force in life. I can still hear him offering encouragement during our games. Feel blessed that you have a lifetime of great memories of him and of he and your family. That is the fabric of time, and it cannot be underestimated.

I’m deeply saddened by this. Jesse was a significant part of my life growing up before I left to join the Air Force. I truly regret I was not able to stay in contact and while it has been 30 years since I left Virginia, I will never forget everything he did for me. The past couple days in my mind have been filled remembering all the times I spent with Jesse. He was a trusted friend and someone I greatly respected. He knew I was from a broken home, but offered a shy socially awkward kid friendship, kindness and guidance when many others were reluctant. To my friend Travis and your family, please accept my most sincere condolences on your loss.

I knew Mr. Kimrey a short while as a kid while we were all involved in Little League Baseball, my Father drafted Travis & got Jesse to Help him coach. That became my Dad’s Final year coaching due to his health issues & I know he was glad to give the Team over to a Man such as Jesse. That team went on to have great success & My father was so proud to see the Team’s return to Glory in what was his final year alive.
I remember Jesse as a very Humble & even keeled person, he was very respected by all who knew him then, and Im sure those were life-long traits.
To Travis & Jesse’s whole Family, our thoughts & prayers are with you. Hold all your memories of & w/him close to your heart, they will last you a lifetime & beyond, til you see each other to share them together again.

From the early days of becoming a Kimrey (1995 for me), wherever Dad (Addison) was, there was Jesse – most likely with a fishing rod in hand. They were such characters together and Jesse always had a smile on his face. He will be remembered with love and his memory will live in our hearts. May God bless you and your families Randy, Travis, and Jason. Prayers for your peace as you’ve all gained a guardian angel.