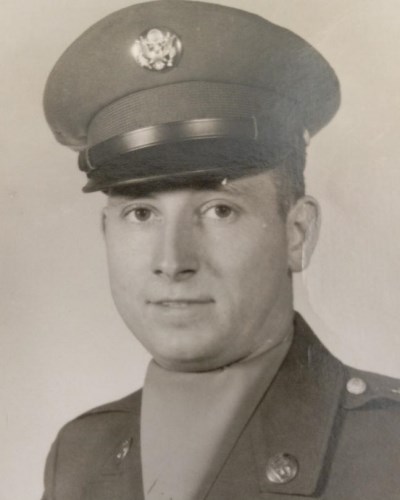 Jerome “J.R.” Richard Robbins passed away peacefully August 17, 2022 surrounded by family at the age of 82. Born in Pennington Gap, VA to his parents Lester and Ella Robbins, he spent his youth in Keokee, VA. He moved to Newport News to work in the shipyard, served in the army from 1962-1964, and was a resident of Huntington Heights for over 50 years.

He was a member of Calvary Baptist Church where he served as a deacon, Sunday school teacher, and often was the greeter for worship service. The Calvary family played an important role in his life and faith, so many friends and memories over the years. Thank you to all for your prayers.

His work career included 20 years at N.N. Shipbuilding, many years in car sales (Nick Allen Buick and Ward Pontiac), and he retired from Sears in 2002. He was an athlete that enjoyed baseball, basketball and fast-pitch softball. He was a member of the Hampton Roads Bassmaster’s Association and loved to fish. He was also an avid bowler that played in many leagues and tournaments in the area. Rumor has it, that he was a pretty good poker player as well.

He is survived by his wife of 55 years, Brenda Justice Robbins, his son Craig Robbins of Raleigh, NC, his brother Marty and sister Pat Groce. Jerome was preceded in death by his daughter, Nicole; sister and brother-in-law, Linda and Lloyd Guy; and brother-in-law, Joel Monteith.

Jerome decided years ago to donate his body to the Medical College of VA. A noble gift to assist our state’s future physicians. A celebration of life will be held Saturday August 27th at 11am at Altmeyer Riverside Chapel, 7415 River Road Newport News, VA 23607. In lieu of flowers, please send donations to your favorite charity.

May your memories of Jerome Richard Robbins, give you peace, comfort and strength…