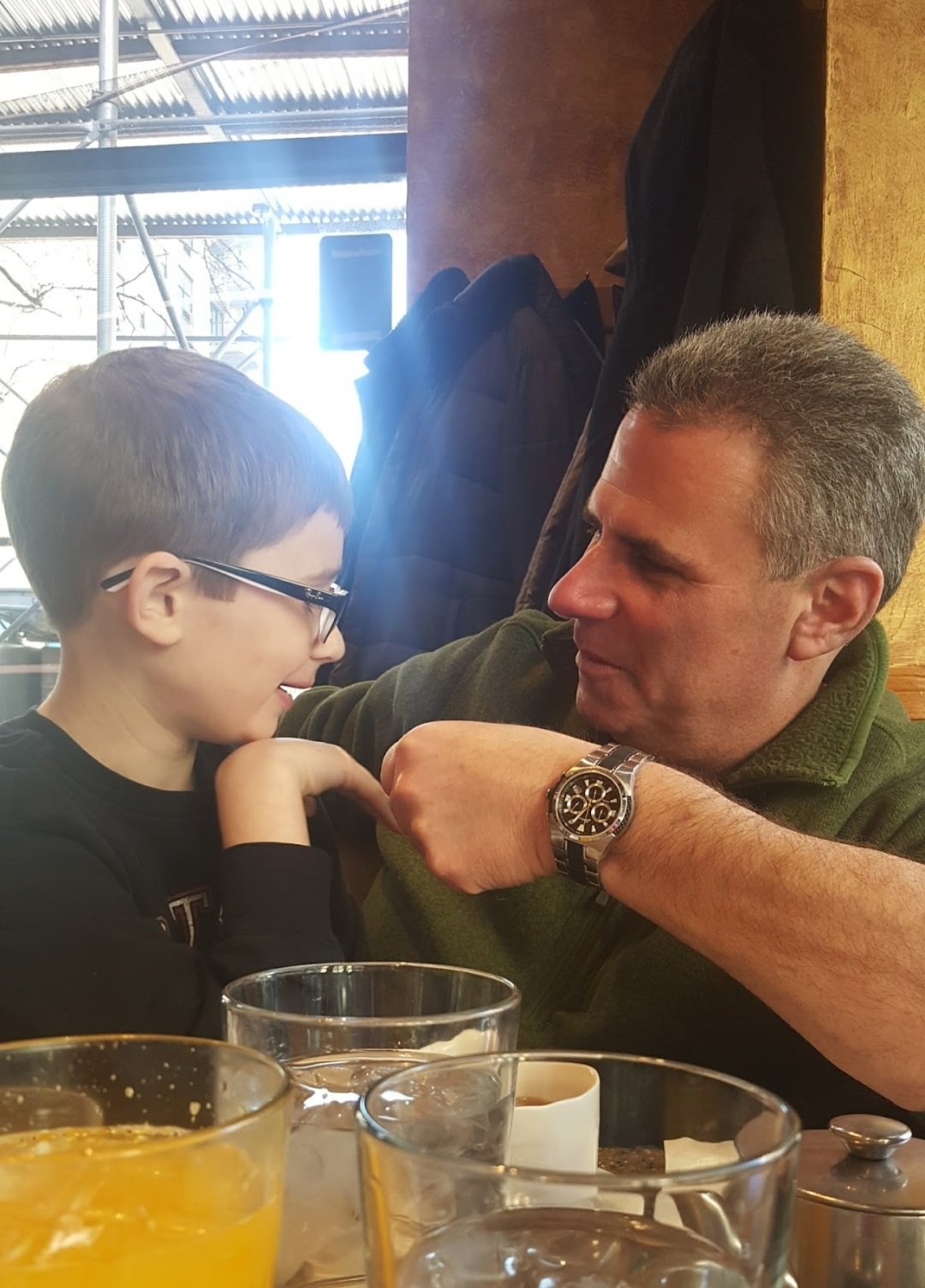 Jeffrey Alan Goldberg was born in Orange, New Jersey on February 12, 1958. He went to grade school at Mount Pleasant Elementary in Livingston, New Jersey and later graduated from Plantation High School in South Florida. Jeff worked as a lively morning show radio personality for 20 years in South Florida, Columbus Ohio, Richmond Virginia and at his final station in Hampton Roads at 106.9 The Fox. Jeff then went on to open the popular Route 58 Deli in Virginia Beach. Jeff has been a staple to the Virginia Beach community as well as in his second home of New York City. Jeff is preceded in death by his son Benjamin Goldberg, his mother Janice Goldberg and his father Stanley Goldberg. He is survived by his wife Karen Dzupinka Goldberg, his sister Debbie Heller, his daughter Lauren Goldberg and his stepchildren Bryn Dzupinka and Nolan Dzupinka.
A memorial service will be held at Altmeyer Funeral Home at 5033 Rouse Dr., Virginia Beach, VA 23462 at 12:00pm. A private family only burial will follow. Rabbi Israel Zoberman officiating. Starting 2:30pm Deli Noshers, Friends and Family are all welcome to come pay their respects, share a story or take in the scenery at the Route 58 Deli until 6:30pm. The Route 58 Deli 4000 Virginia Beach Blvd., Virginia Beach, VA 23452.
In lieu of flowers we ask for donations to be made to Memorial Sloan Kettering Cancer Hospital in New York City.
Due to technical troubles the live stream may have difficulties. If this is the case, this service will be recorded and uploaded this afternoon.

I’ve known Jeff for over 20 years…he was a kind gentle soul who genuinely cared for others… and always took the time to make that known…I remember one day after I moved my 80 year old dad here in 2015… now my dad is as born raised and lived in NY his whole life… he was right outta the sopranos … Italian who always complained about the food down here,,lol I told Jef about him and he said bring him to 58 tomorrow so I did…Jeff cooked him a special meal and sat with my dad for the entire dinner laughing and jokin … I never seen my dad enjoy an evening more… dad was hooked …not cause the food was awesome …which it was but because of this man .:dad passed the following year… I’ll miss you Jeff …god speed my friend

So sorry to hear about Jeff’s passing. He and Dutch would come into my shop Bravos Frozen Custard and use the bench in the store to measure Benjamin growth. I have so many fond memories of the two of them. Please accept my deepest sympathy.

Didn’t personally know Jeff but absolutely Love Route 58. Always up for the challenge of the Super Reuben. Rest in Peace Sir

Going back to our days in Florida, food distribution the bagel shop to the 59 Deli. I will miss our weekly conversation about the delicatessen business, very few people I could share those stories with. Good memories I will miss you. Russ

Super Mensch. A Gutte Neshuma. Spoke with him about my hometown of North Miami Beach where he would visit his grandmother from time to time, eating at Pumperniks, Wolfies, and Corkys during his stays. One of a kind, and will be terribly missed. May his memory always be a blessing.

Shocked and so sorry to hear this!
Joe was a great man with a passion to bring the authentic New York deli experience to Virginia Beach.
He succeeded wildly  beyond my expectations as a New Yorker.
  Jeff always had a good-natured smile and loved to schmooze with his customers.
He will be sorely missed.
May he rest in peace. 

Shocked and so sorry to hear this!
Joe was a great man with a passion to bring the authentic New York deli experience to Virginia Beach.
He succeeded wildly  beyond my expectations as a New Yorker.
  Jeff always had a good-natured smile and loved to schmooze with his customers.
He will be sorely missed.
May he rest in peace. 

I love you brother. You were a dear friend and I will cherish the time I knew you.

You may be gone but you will never be forgotten. You left a huge mark on the Tidewater area and no one will ever be able to “fill your shoes.” RIP Jeff, go fly with the angels and Benjamin.