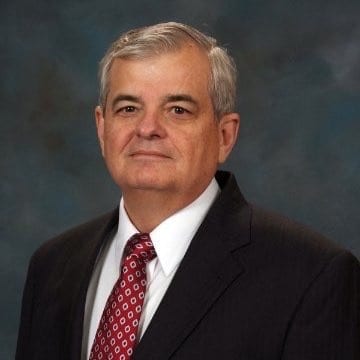 The Church of St. Therese

The Church of St. Therese

Major General Jeff W. Mathis, III, U.S. Army (Ret.), passed away on 3 June 2016 at Naval Medical Center Portsmouth surrounded by his loving family. Born in Oklahoma City, OK in 1955 to the late Jeff Hudson Mathis, II and Georgia Virginia “Ginny” Wells, Jeff spent much of his youth in Central and South America while his father served with the U.S. Air Force.
Jeff graduated from John Marshall High School in San Antonio, TX and went on to earn a Bachelor of Arts degree from Florida Bible College and a Master of Science degree in Management from Troy State University. He was a graduate of the Command and General Staff College, Army War College, and the National Defense University CAPSTONE.
MG Mathis enlisted in the Army on 15 March 1975 and completed the Special Forces Qualification Course. In 1981, he completed Officer Candidate School as the Distinguished Honor Graduate and became an Infantry Officer. He subsequently branch transferred to Special Forces in the late 1980s. He was Jumpmaster and Pathfinder qualified. Among his awards were the Army Distinguished Service Medal, Defense Superior Service Medal, Legion of Merit with 1 Bronze Oak Leaf Cluster, and numerous other Joint and Army awards.
MG Mathis’s military career spanned 39 years of collective military service, including a wide variety of Army and Joint command and staff assignments with the Army National Guard and U.S. Army. These assignments included serving as Director for the Homeland Security Division, National Guard Bureau, on September 11, 2001 and subsequently leading the National Guard’s Airport Security Mission in response to the 9/11 attacks. He commanded the Special Operations Detachment Pacific and deployed to the Horn of Africa. MG Mathis served as the Deputy Commanding General and acting I Corps Commander at Joint Base Lewis McCord when the I Corps Headquarters deployed to Iraq. His military career culminated with his command of the Joint Task Force-Civil Support, United States Northern Command, Joint Base Langley-Eustis, VA.
Upon his retirement from the Army in October 2014, Jeff became Managing Director of Variable Solutions International. He served as a Board Member at Christopher Newport University’s Center for American Studies and the Peninsula Catholic High School Advisory Board. He was also a guest lecturer at the Army War College, the National Defense University and George Washington University regarding matters of Homeland and Cyber Security.
Jeff enjoyed reading, playing video games with his children, traveling with his family, and studying all types of history, especially Roman, Napoleonic, and American Civil War. He was always up for a challenging chess match or sharing a good Scotch with a friend. Jeff is survived by Christine (Pendill), his wife, and their children Cecily and Declan. He is also survived by his sister Jill Mathis and her husband Valerio Tedeschi of Mergozzo, Italy, as well as his sister-in-law Lori Pendill (John Emmett) and nephews Sean and Nolan of Mechanicsville, VA. He will be remembered as a devoted husband, loving father, strong leader and ardent patriot. He was one of the best of the best and will be greatly missed by all who had the privilege to know him.
A Liturgy of the Resurrection will be celebrated at 11:00 am Thursday, June 16 at The Church of St. Therese, 4137 Portsmouth Blvd., Chesapeake. The family will receive friends at the church from 9–11:00 am. Burial at a later date will be in Arlington National Cemetery.
In lieu of flowers, the family asks that donations in Jeff’s memory be made to: Wear Blue: Run to Remember at www.wearblueruntoremember.org , or PMP Research Fund c/o Alegent Creighton Clinic, Division of Surgical Oncology, 601 N. 30th Street, Suite 2803, Omaha, NE 68131
Altmeyer Funeral Home, Denbigh Chapel, is handling the arrangements. Condolences may be left at altmeyerfuneralandcremation.com .

He was an awesome commander of SODPAC. I will miss him dearly. He was a wonderful man easy to talk to and very encouraging. I enjoyed working with him. My thoughts and prayers are with his family.

In 1997, then LTC Mathis, administered my oath of office at OCS in Fort Benning Georgia. We had served together at Fort Bragg and he was instrumental in furthering my career and me as a person..he was appreciated and will be missed.

MG Mathis attended to the needs of our family in September of 2009 at Fort Lewis, Washington, when our only son SGT Andrew McConnell was killed in Afghanistan. MG Mathis did not know us or our son but the dignity and grace he extended to us in our darkest hour was so very comforting to us. He made sure that we knew if we needed anything, we could call him directly. He met with us ahead of our son’s memorial service and during that brief encounter, the stranger that had entered the room to pay his respects, left a few minutes later a friend. We pray for his family to be comforted in the loss of this good and decent man.

My deepest condolences. I had the privilege of hosting MG Mathis twice when he visited our unit while serving at JBLM. He was an incredibly generous and impactful leader who enjoyed observing training and interacting with our Soldiers. Deep Steel!

Jeff worked with me on my staff at Florida Bible College in the 70’s. Jeff was always ready help in any way he could. I know of his faith and appreciate his service to his God and his country. May God Bless his family and friends. Ron Satterwhite

Many a night Jeff on Camp Murray Jeff would come through the State Headquarters looking for a light on to keep doing business; he loved working the Army Solution toi every operation and in those days I was either in my G3 office and later in my Chief of Staff office so Jeff would find me and we would swap stories about the issues pressing both of us and see if we could help each other. We were both Catholic men, devout in our faith and had no problem sharing Gods miracle stories and counting our blessings. I will miss them man terribly – nancy and I were hoping to travel east and bother Jeff and Christine for a few days this summer and I think we will stay with that plan and come pay respects to my my friend and his family. God Bless you Jeff!!!! Sincerley Col Daniel R Kern “ACTION FRONT”

My prayers are with him and the family