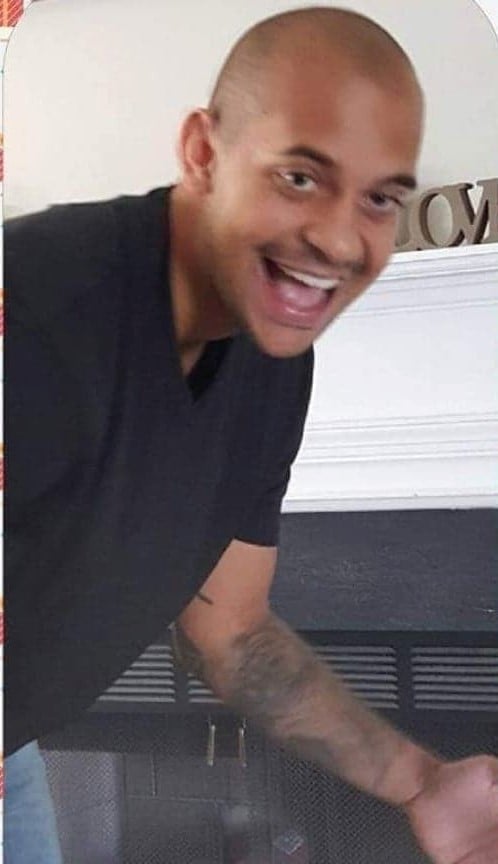 Jean-Pierre (Pierre) Andre Raymond Betz II was born on February 18, 1989, in Germany. He was 33 years young at the time of his unexpected passing on September 10, 2022, in Newport News, Virginia.

He proudly served his country in the Air Force from 2008 until he was honorably discharged in 2012. Pierre was a beautiful soul, polite, helpful, had a huge smile and a personality that was larger than life. Friends and family remember him as the ‘comedian’ who had an uncanny way of making people laugh, especially when he and his lifelong Best Friend/Brother Derek McLaurin were together. He loved real estate (obtained his real estate license while in high school), loved to cook (acquired his certification in Personal Training and Nutrition while in the Military). He had a great passion for fishing and especially loved to with his late ‘GPA’ (Vaughn Guy) who played a significant role in raising Pierre into the truly compassionate young man he was. We are sure he is fishing with his GPA and making some of the best New Orleans Gumbo with his grandma Betz-Houk in Heaven now.

His Uncle Jimmy recalls fondly the special day of becoming Pierre’s Godfather, as well as the incredible meal he cooked for them during a family visit in 2019. Aunt Teresa would always refer to Pierre as the apple of her eyes and remembers how he would ask her for a hamburger, french fry (just one), and a toy when he wanted to go to McDonald’s as a child. Uncle Robert was a peer and friend to Pierre. They all played such a positive role in shaping Pierre into the incredible young man he became.

Pierre lived with his mom in Newport News and visited his grandparents in Raeford, North Carolina often. God and Family were incredibly important to Pierre. He was always asking his GMA for guidance on specific scriptures he would come across. His mother Donna was his rock, his stability, and his security. She would often answer the phone to him singing, “I just called to say I love you” or something else that would instantly bring a smile to her face. He would leave voice messages to either tell her how much he loved her or how much he wanted Kimchi soup and sometimes both. He really Loved his Kimchi Soup and Pho.

I only knew Pierre a short time when I was in VA but I’m glad to have know him. He was a kind, caring and creative person. He will be missed!

Pierre was one of the most loving and caring people I have ever met. He was genuine, honest and very funny. His smile was radiant and full of life. Truly a devastating situation and a life cut short, now you are resting in peace and no longer suffering. You’ve impacted my life and touched me in so many ways, thankful to have been able to get to know you and I will forever cherish our memories and laughs we shared. I’ll forever keep you in my thoughts and prayers. I love you and will miss you greatly!

i love for forever cuzzo

My heart goes out to you and your family Donna. Sending you my love, thoughts and prayers in your time of grief. May you find comfort in knowing that Pierre’s soul lives on forever in joy and harmony. Pierre was loved and will be missed in this physical world. May his earthly body rest in peace. Take moments to feel his spiritual energy around you , the warmth within your soul, letting you know that he loves you and that your spirits will be together again one day. Until then, grieve, heal and live. His soul’s love for you would want that. Xoxo

Although my heart is broken by your untimely passing, I rejoice in knowing that we shall see each other again in Heaven. So, Pierre, this isn’t ‘good-bye’, it’s ‘I’ll see you later’. Until then, I’ll cherish the memories we have made together, hold your smiles close to my heart and allow your words to replay in my ears like a sweet melody. Rest Forever In Christ

Donna my heart is utterly shattered & I cannot even imagine the pain you must be going through. What can I do? I know how loved and just how very special he is. Our “mom” talks were so special to me as was my long talks with Pierre. His huge heart was out of this world & his love for you was so precious. I love you! ❤️

Rest easy Pierre. We will watch over your mom from here. Thank you for allowing me to have known you and for your service. Have fun fishing in heaven with your loved ones. Condolences and prayers to his family and the biggest hug to you Donna.

So sorry for your loss . My prayers are with you and your family.

Sending prayers and strength to your family during this very difficult time.