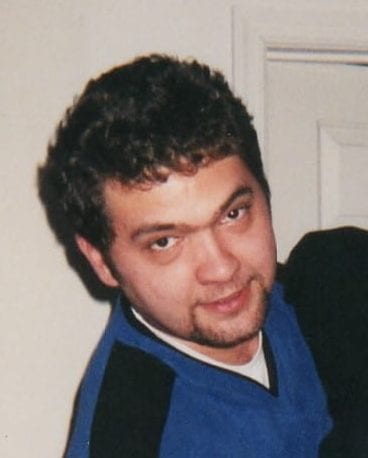 Jason David Walters, 48, passed away at home last week. He was born September 18, 1972 to Christine and Marshall Walters in Red Bank, New Jersey.

His career started early and Jason quickly made a great impression through his remarkable and creative talent in the kitchen. Dedicating himself tirelessly, he was once listed in the top 100 up-and-coming chefs in America. He worked at several restaurants throughout his career, most recently Twist. Anyone who knew Jason could see his passion and commitment for work.
He was a lifelong fan of the Washington Redskins.
He is survived by his son, Jason Walters, Jr. of Virginia Beach, VA; sisters, Donna (Thomas) Kahler of Front Royal, VA and Gayle (Billy) Fulghum of Virginia Beach, VA; brother, Marshall (Maria) Walters of Freehold, NJ; as well as four nieces and six nephews.
He was preceded in death by his parents and sister, Kimberly Anne Walters.
A memorial will be held at a later date.
1 Condolence
Inline Feedbacks
View all condolences
Charlotte and Sammy Liu

We will miss seeing you around town center. We moved to Virginia one week before the COVID shut down. Jason was the first person to give us a friendly welcome. We did frequent Twist and always enjoyed chatting with the chef. Jason enjoyed meeting those for whom he cooked. Our church will say a prayer for Jason.