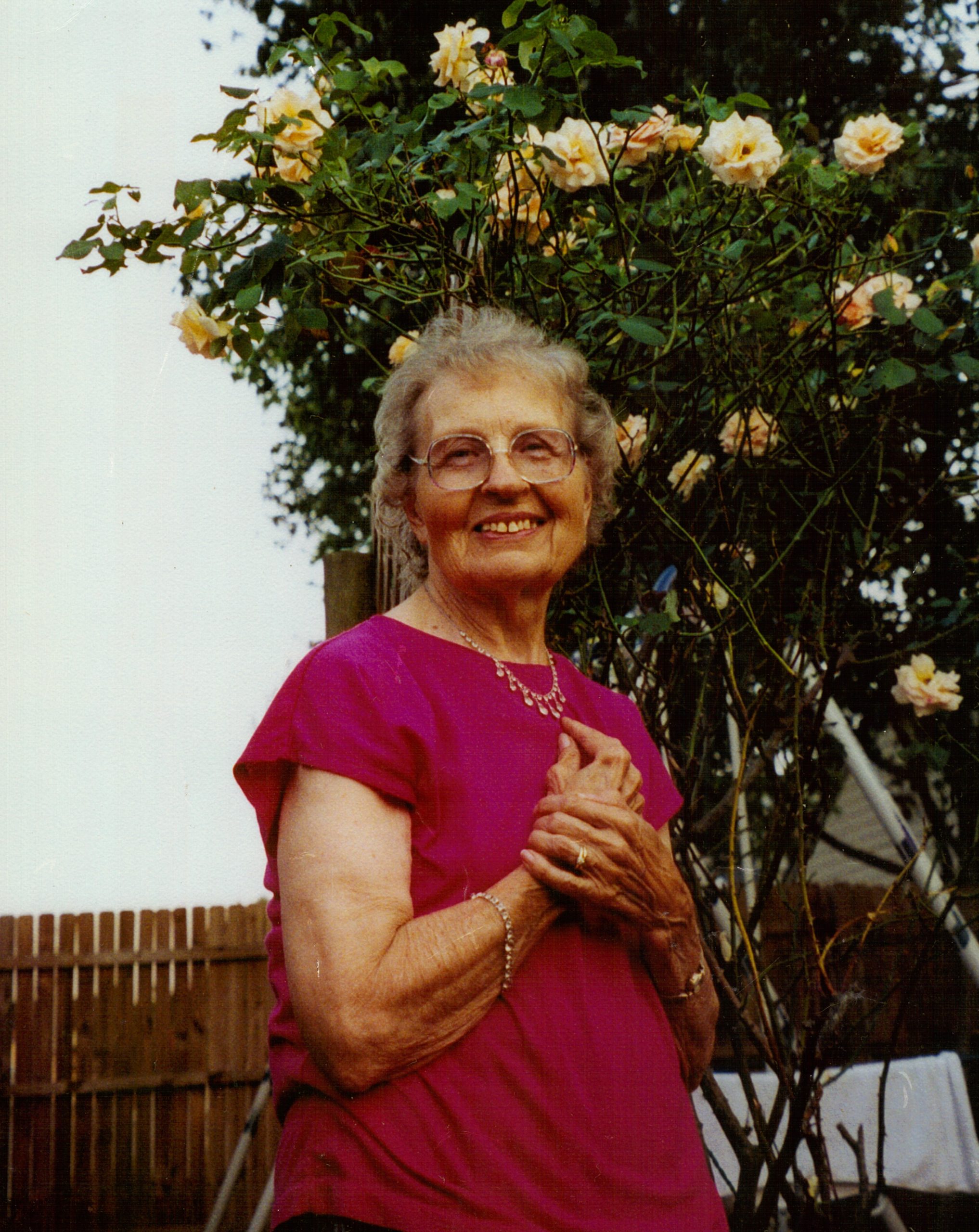 Janie Marie Kirby Walker, Chesapeake, 96, was called by our Heavenly Father to His Kingdom on the Holy day Palm Sunday, April 10, 2022. Her spirit left peacefully at home surrounded by her daughters, grandchildren and great-grandchildren. She was predeceased by her parents Samuel H. Kirby and Myrtle J. Browning, husband of 47 years, Morrison Ainsley Walker Jr., their only son, William Wayne Walker and their first born, Judy Marie Walker Knight; siblings, Jack Kirby, Dorothy Kirby, James Kirby, Shirley Heath, David Kirby, and Nancy King; her dear friends Peg, Helen and so many others that went before her. She was born at home on Hill Avenue in Bluefield, West Virginia on August 7, 1925 and helped to raise her siblings and they all looked up to her as “Big Sister.” Her family moved to Princess Anne County when she was a teen, attended Kempsville High School where she met Morrison, married and started a family. She worked as a bookkeeper and an assistant for their home business, Walker Well Drilling. The family joined Haygood United Methodist Church in the 1940’s. In the 1960’s she was also a caregiver to Morrison’s grandmother, Mammy Whitford (Frances). She was a member of the Ladies Auxiliary, Chesapeake Beach Volunteer Fire Dept. Station 4, (Morrison was a volunteer and Fire Chief for about 20 years), and was very involved in Brownies and Girl scouts for Arleen and her niece, Kathy. In 1988, they retired to Poplar Branch, NC, became members of Mt. Zion United Methodist Church and she sang in the choir. She also cared for her mother, Jane, in their home. Caregiving is a legacy she instilled in all of us. After her husband passed in 1997, she moved to Chesapeake, living with her youngest daughter’s family where she helped to care for and watched her young grandson, Daniel. She volunteered at his school, Greenbrier Primary teaching children how to read. Returning to Haygood UMC she joined the Faith Sunday school class and also loved singing in the Gospel Choir where they visited nursing homes and she rekindled friendships. Many years later, transferring to Oak Grove United Methodist Church, she enjoyed her Sunday School teachers, Wayne and Susan Abernathy and class members. She also visited her grandson’s church, Bridge Church, in Chesapeake. She looked forward to hearing Daniel’s daily events and he would try to explain what computer or networking projects he was working on. Though she often had no idea what he was talking about, she always listened and was truly interested. He never hesitated to help care for her. Janie was a very strong, independent Christian woman who possessed all of the fruits of the spirit and lived by them, always. It didn’t matter what someone else did wrong, she did what was right. She saw the best in everyone and every situation, and was a believer in the “Golden Rule.” She enjoyed going anywhere: dinner, plays, shopping, Azalea Gardens, dancing, bowling, beach, camping, Tide’s games, the zoo, even some appointments. She would not be without her camera and loved capturing precious moments. She spent her time reading, sewing, feeding the birds, sitting in the sun, tending to the flowers and looked forward to dinner and a movie with Arleen on The Hallmark Channel. What she enjoyed most was the family all getting together, which happened a lot. Left to cherish her memory are her daughters, Wanda Solomon (Don), Diane Weatherford, Arleen Barlow (Tom); grandchildren, Donny Solomon, Christine Knight, Jeff Knight, Phil Solomon (Joanna), Anna Weatherford and Daniel Barlow; great-grandchildren, Gabby, David, Aili, Zoe, Luke, Alexander, Sabrina, Jordan, Michael, Aiden, Aleena and Adam; great-great grandson’s, Connor and Micah; her sister, Evelyn Harrington, of Virginia Beach, Virginia and brother, Ralph Kirby (Shirley) of Houston, Texas. Many nieces, nephews, cousins and her dear friends Bess, Mary Ann, Sandy and so, so many more. Many warm thanks to: Doctor’s Challa, Dhawan, Sayegh, Patel, Robertson, Jerlin and Tracy, Kevin, Gina, Denise, Chelly, Sally and Terry for all the care and love.

A Celebration of Life Service will be led by Reverend Beth Givens on May 15, 2022 at 2:00 pm at Haygood United Methodist Church, 4713 Haygood Road, Virginia Beach, VA 23455.  You will be able to livestream the church service at https://www.facebook.com/HaygoodUnitedMethodistChurch/ Inurnment will take place at Riverside Memorial Park, Norfolk, VA on June 22, 2022 at 2:00 pm

In lieu of flowers, contributions in her memory may be made to Haygood UMC music ministry or Mt. Zion UMC, Grandy, NC children’s ministry.

Rest peacefully in God’s loving arms.You gave of yourself with an open heart and a joy filled smile.Many of my childhood memories include family gatherings at your house.I love you Aunt Janie.Rest in peace.

Mrs. Walker was a true blessing in my life. She always had a warm smile on her face and a welcoming hug. I had the honor of being her neighbor and friend. I am grateful to have known her and will miss her!!

Your mom was a second mother to me. I certainly stayed at your house as much as I stayed at home. Janie was always so sweet and loved to laugh with Diane and I. We would sing our silly song just to get that wonderful chocolate cake she made for your dad.

She always had the sweetest smile.
She will be truly missed by anyone that knew her.

My thought and prayers are with her family.

Janie was a lovely lady who loved her girls. She will be missed by so many.

We love you Miss Janie. You are very special. Thanks for sharing your life with us.
Wayne and Sue

Ms. Janie was a gift to everyone who knew her with that precious smile and a twinkle in her eyes! I can’t recall anyone as kind and forgiving as Ms. Janie. She certainly must be enjoying her friends and family that preceded her to heaven! What a reunion that must be. Spread your wings Ms. Janie!

Mrs. Janie was the sweetest lady. Even after she moved her daughter would bring her to homecoming each year. She was always the one I looked for first after the service. She was such a loving Christian lady. I surely know where this sweet lady is and I know that gives the family a sense of peace and joy.