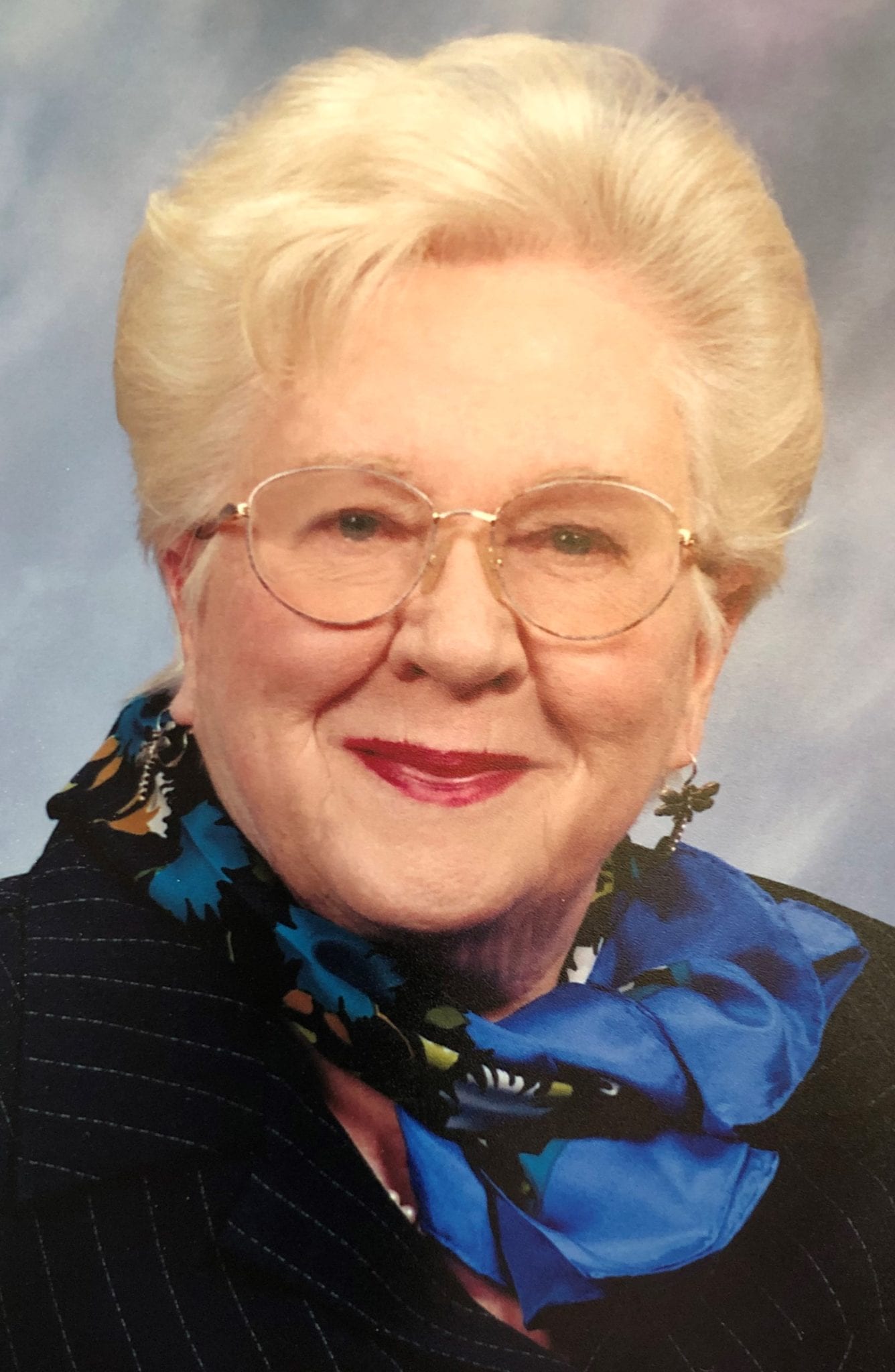 Janet Williams left this world on November 24, 2020 to be with her heavenly father. She was born on January 24, 1922 in Fairmont, WV to LaMar and Marie Satterfield. She moved to Washington, DC during the war, where she sang for the troops with the USO. She retired from Naval Investigative Service in 1964, but soon began working again as the secretary at her beloved Calvin Presbyterian Church, where she was a charter member. She retired again in 2012, at the age of 90.
She is preceded in death by her husband, Jim. She is survived by her four children, Linda, Philip (Teri), Gregory (Lynne), and Susan (Larry); nine grandchildren, Yvette Mahaffey (Mike), Philip II (Amanda), Bobby IV (Melissa), Jennifer (Matt), Reese, Tanner, Chris, Trevor, and Natalie; seven great-grandchildren, Hannah, Brenna, Philip III, Bobby V, Sophie, Charlotte, and Lily.
Services start at 11am Saturday December 5th, at Altmeyer Funeral Home Maestas Chapel (1801 Baltic Ave.), followed by a graveside service at Woodlawn Memorial Gardens at 2pm. Family will be receiving guests at 744 Old Fields Arch, Chesapeake following the graveside service.