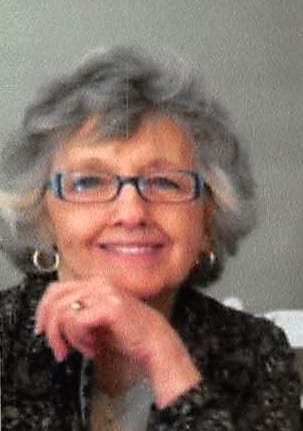 A service to celebrate Janet’s life will be announced at a later date for March.

Janet D. Adair, 76, went to be with her Lord Tuesday, December 29, 2015. Janet was a happy and caring woman who loved to entertain and spend time with her family and friends, including her Mah Jongg group she played with. She worked as a co-office manager and administration assistant at St. Martin’s Episcopal Church. In addition to being an active member, Janet was also a Lay Eucharist Administer.
Janet was preceded in death by her husband of almost 40 years Terry Adair, her mother and step-father; Dorothy and Reggie Toombs, her father and step-mother; Buster and Virginia Duke.
Janet’s memory is left to be cherished by two daughters; Susan Warren (Danny) of Richmond, Dale Catlett (Bob) of Sandston, three step children; Ted Adair (Barbara) of Pittsburgh PA, Debbie Adair of Charlotte, NC, and Robert Adair of Richmond, 6 grandchildren and 3 great-grandchildren, and her little dog Katey.
Her beautiful smile and sense of humor will be missed by all that knew her.
A service to celebrate Janet’s life will take place at St. Martin and will be announced for early March.
The family would like to thank family and friends for all of their support.
In lieu of flowers memorial donations may be made to The Hospice House and Support Care of Williamsburg 4445 Powhatan Pkwy, Williamsburg, VA 23188 or St Martin’s Church 1333 Jamestown Rd, Williamsburg, VA 23185.

Sorry for the loss of your dear love one. Death is an enemy to us all but we have a wonderful promise in the near future. At Isaiah 33:24 says “And no resident will say “I am sick”. The people dwelling in the land will be pardoned for their error.” We all look forward to that promise by means of God’s Kingdom. Matthew 6:9&10