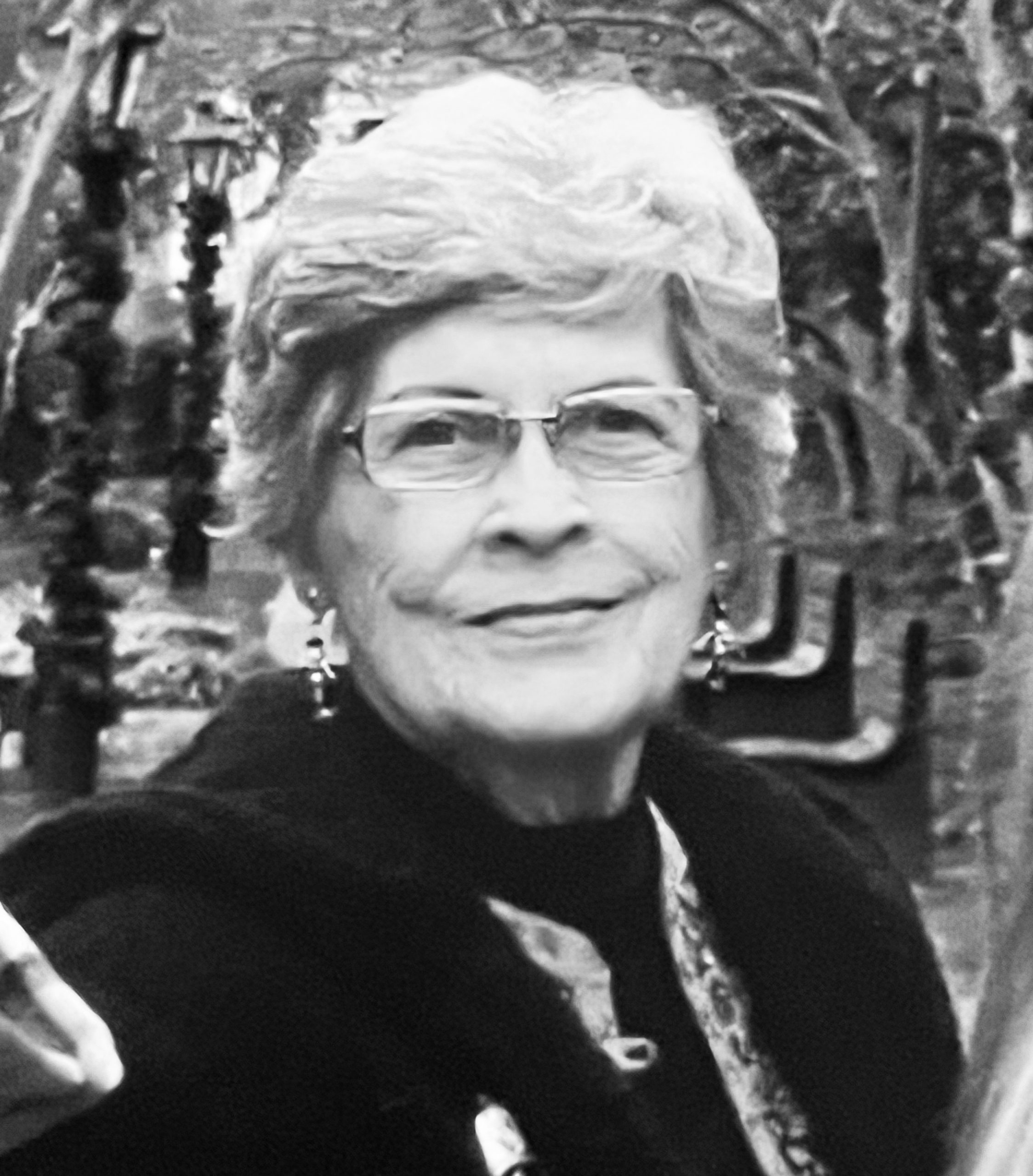 Jane Alger Simmons, 92, quietly passed on August 21, 2022, while surrounded by her loving family.  Jane was known as “Betty Jane” to her childhood friends, “Boots” to her college classmates, and “Grammie” to her grandchildren.  Family, friends, and music are the three words that most often come to mind to those who knew her.

Born in Hinton, West Virginia, Jane was the daughter of the late Rev. Francis Henry Strieby and Jane Coffee Strieby.  She is also preceded in death by her brother, Francis Henry “Buddy” Strieby, Jr., her husband of 33 years, Ross Samuel Alger, and her husband of 14 years, Robert Alvin Simmons.

The daughter of a Methodist minister, Jane lived in a number of different towns along the Shenandoah Valley before landing in Norfolk, VA.  Graduating from Maury High School in 1947, her passion for playing the piano led her to attend the Shenandoah Conservatory of Music, in Winchester, VA, before continuing her education in piano and organ recital at Westminster Choir College in Princeton, NJ.  While there, she sang with the school’s concert choirs as well as the Delaware Valley Philharmonic Choral Society.  It was also there that Jane met the love of her life, Ross, with whom she shared four children and a wonderful marriage together until his untimely passing in 1983.  She later married Bob, both sharing a common interest in boating and all things related to the water.

Jane lived an incredibly full life participating in the Silver Spur Garden Club in Southern California, where she competed state wide in floral arrangement and design.  She was also active in the Town and Gown Choral group in Virginia Beach, Bellissima! Women’s Choral Ensemble, and the Virginia Beach United Methodist Church Notabells, performing until the age of 90.  Music was her language, and she spoke it beautifully.  Other interests included reading voraciously, antiquing, knocking out the New York Times crossword puzzle every morning, and cheering from the sidelines at all of her grandchildren’s sporting events.

A memorial celebration will be held at Virginia Beach United Methodist Church on 19th Street at 2:00 p.m. on Friday, August 26, with a reception to follow

During a private ceremony her ashes will be placed with Ross’ under the Purple Beech Tree in Princeton New Jersey where they first met.  Jane will be remembered with great love and affection by the many people she touched during her life, and the family she adored and so deeply loved.

In lieu of flowers and in memory of Jane, tune your piano, work on todays crossword puzzle, and read a great book!