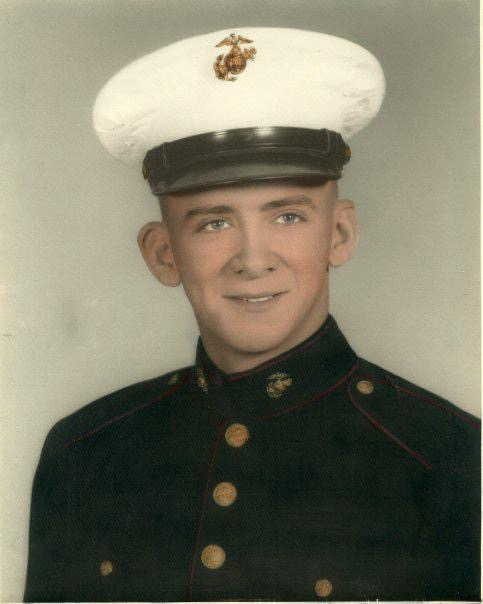 Diane,
In the short time that I knew Jim, I found him to be a kind and loving man who lived his life with a love for life and for people.
His actions and words were guided by the Marine Corps motto, “Semper Fidelis”, because he was always faithful to his family and friends. He was a loyal man who loved my sister and her children unconditionally.
May the memories of his love for family and life live on in the hearts of so many people whose lives he has touched.
Respectfully,
Michael Moulton

My friend, my mentor. You will truly be missed. You are God’s angel now. Get to work! I know you are one happy Marine now. RIP Jim.

Jim was a loyal family friend for 20+ years. His service and duty to his country will not be forgotten. He will be dearly missed. RIP my friend.

Jim was an incredible man and step father. I have so many memories of us together, from refinishing furniture to listening to old marine stories. Ill miss your kind hearted nature and your love for family. I know hes watching over all of us. Love you Jim

Jim you will be missed by so many. We will never forget all our long talks and good advice that you used to give us. We love you and miss you. Until we meet again rest in peace.love chris and rolando.

To a great friend, mentor, and role model. Your contributions to the target community and our country will live on forever. You will be missed by all.

Jim was a very caring and wonderful person.. He and his wife are very dear friends and I will miss him! They loved to come to Dockers and listen to karaoke and I had the pleasure of waiting on them! They were wonderful to me when my house flooded and I will always cherish his memory.. REST IN PEACE my friend…

I first met Jim at AFWTF in Puerto Rico, he would visit our Aerial Targets Shop at least once a year. We had great times and we all knew we had a great friend in him that lasted for many years. May all your family find comfort during this difficult time. Rest in everlasting peace.

May your memories of James William Steadman, give you peace, comfort and strength…