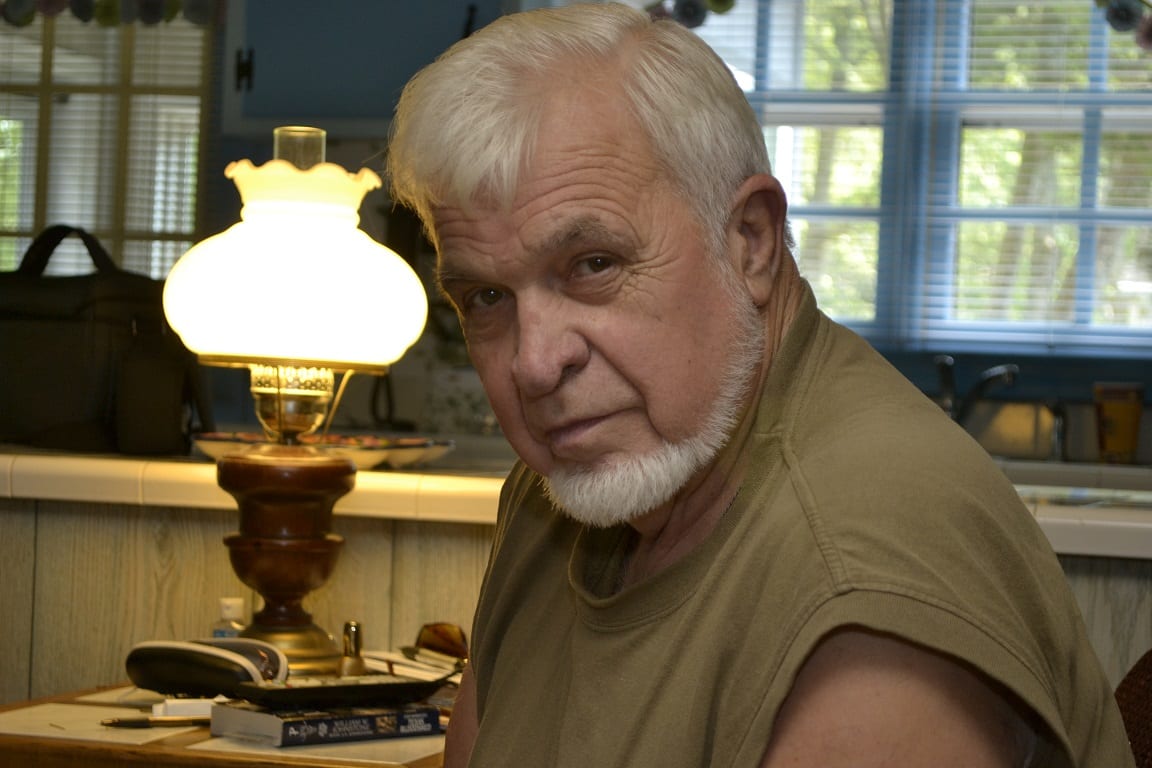 A service for Jim will be held at a later time to be announced.

Please check back for details.

On December 28, 2020, James “Jim” Wallace Mosher lost his battle with pneumonia and COVID-19. He fought bravely and hard, but his body was not able to fight off this final assault. He is survived by his wife of 62 years, Helen; his son, Joseph and his wife, Cindy, and son, James. Additionally, two younger brothers, Bill and his wife, Doloris, Ralph, and his wife Barbara, mourn his passing. In addition to his wife, children, and brothers, Jim is survived by his loving granddaughters, Jennifer, and her husband, Mike Barber, and January, and her husband, Giles Wells. Thanks to a blended family, he is also survived by two step-grandchildren, Ralph Motley Jr. and Christy Motley, eight great-grandchildren, and four great-great-grandchildren.
Jim, his wife Helen, and their two sons moved to Newport News in 1968 at the United States Army’s request. Stationed at Fort Eustis, SFC Mosher trained a new generation of helicopter mechanics to take over after his retirement in 1976. In addition to his time spent as a trainer, Jim served two tours in Vietnam, serving where his country sent him. He was in Germany for the Berlin Wall Crisis and served at various stateside Army bases over his career.
When his Army career ended, Jim remained in Newport News and returned to his first love, carpentry. Carpentry was a skill he learned during his early years in Hankins, NY. His family operated a lumber mill and built custom homes and churches. Woodworking became a part of Jim’s DNA. If you live in a custom-built home in Kings Mill or other high-end communities built in the 1980s or 1990s around Newport News or Williamsburg, there is a good chance that Jim Mosher had some hand in its trim work.
After spending a day trimming out homes for others, Jim returned home and spent time in his workshop. His home and others are full of lovingly hand-built tables, cabinets, and cedar chests that we will cherish even more as time passes. His skills extended beyond tables though, his hands built the room in his home where we have spent the most time visiting, reminiscing, and just relaxing.
During his later years he became a Eucharistic Minister in the Catholic Church and one of his proudest moments was providing the sacrament to his granddaughter, Jennifer, at her First Communion.
Over the years, Jim worked hard to support his family. His work ethic and caring attitude taught his sons the value of hard work and honor. Today both James and Joseph owe their success to his example. Jim always provided everything his family needed, and Helen has never wanted for anything until today, she wants to hold her husband again. We all miss him deeply and the lessons he still had to convey to us. A great man has left this earth for a better place, but we wish he were here still.
A service for Jim will be held at a later time to be announced. Please check back for details.
Altmeyer Funeral Home-Denbigh Chapel, is assisting with arrangements.

I remember Jim offering to build a ramp for my dad when he was sick and had a hard time getting up and down the fronts steps of the house in Stoney brook. But that was the way Jim was. Hope you[re doing will Helen. I do miss teasing you about the football games after Sunday’s Mass at Naval Weapon’s Station. Take care. If you need me. Just call.

Mrs. Helen and family, we are deeply sorry to hear about Mr. Jim’s passing. Mr. Jim and you have been like family to us. You both have known our children all their lives. Mr. Jim built them bird houses when they were little and Mrs. Helen always bought them snacks for school every week. From your front porch you both have watched them walk to school since they started Pre-K. Almost all of them are now grown and in college. We all will miss Mr. Jim dearly and will continue to pray for him as well as you all.

Dear Helen so sorry to read of Jim’s passing. Had not seen either of you since March when COVID-19 closed down Sunday Mass at the Fort Eustis Chapel. So enjoyed sharing a cup of coffee and a donut in the fellowship hall following Mass. May God bless.

Dear Helen, We were so shocked to read of Jim’s passing. We can’t imagine what you both went through with the virus. Will call soon…many prayers for his soul which he will receive in Heaven. Frances and Steve Harrick