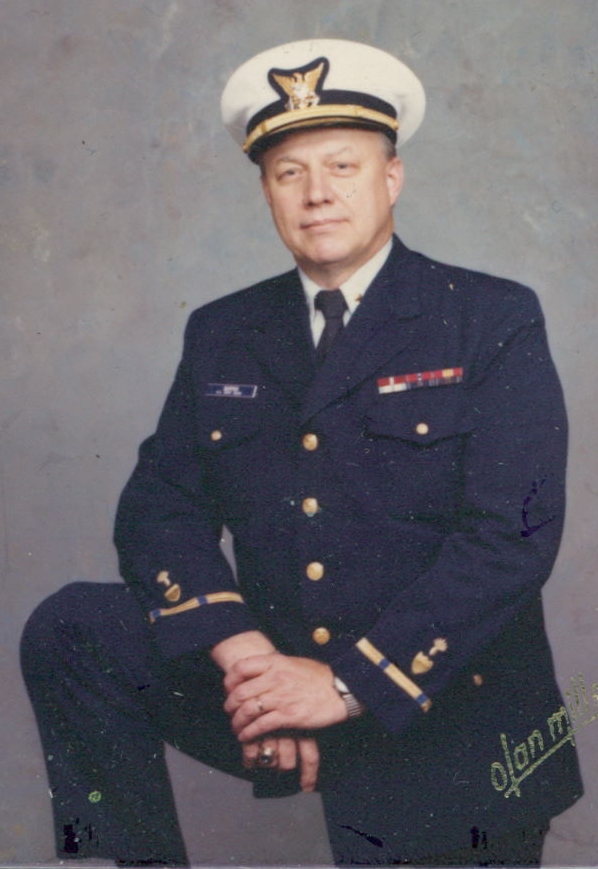 Immediately following the ceremony, the family invites everyone for a reception to Wanda’s home at 335 Kemp Lane, Chesapeake, VA 23325.

James S. Skipper, Jr. transitioned March 28, 2022 in Virginia Beach.  James was born to the late James S. Skipper and Mabel Pearson Skipper on December 10, 1933.  He was the oldest of three children, sister Patricia Hunter (Bill) and Harry Skipper (deceased).  James served in the Korean War and completed a full career in the Coast Guard Reserves.  James enjoyed collecting guns, gunsmithing and is a lifetime member of the Lafayette Gun Club.  He is survived by his sister Patricia (Bill), daughter Wanda Drees, son James Timothy Skipper (JoAnn), close friends Jimmy Scruggs and John Overman; six grandchildren, four great-grandchildren and two nieces.  A celebration of life will take place on April 10, 2022 at 2pm at Altmeyer Funeral Home-Southside Chapel, 5033 Rouse Drive, Virginia Beach, VA, 23462. During the ceremony there will be an opportunity for  those who wish to share a memory or story of James .
Immediately following the ceremony, the family invites everyone for a reception to Wanda’s home at 335 Kemp Lane, Chesapeake, VA 23325.
Memorial donations can be made in James’ memory to the Intrepid Home Health Care & Hospice, 4510 Holland Office Park, Suite 503, Virginia Beach, VA, 23452.

May your memories of James Sidney Skipper Jr., give you peace, comfort and strength…