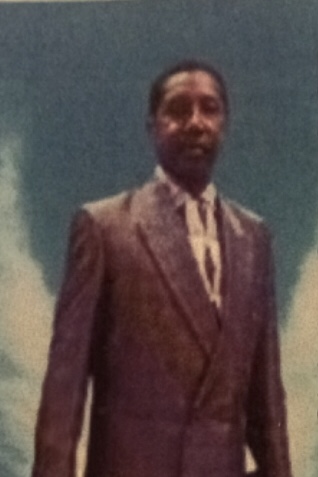 Born in Concord, North Carolina. He was the son of William Rose. He was called home to be with the Lord at his residence in Hampton, Virginia.

James attended A. L. Brown High School in Kannapolis North Carolina (Class of 1979). James entered into the US Army and completed his Basic Training Program at Fort Bliss, Texas and was stationed at Fort Campbell, Kentucky. He was a part of the 101″ Airborne Division. He loved to ride motorcycles, fishing, and he was an excellent repair man. His passion was working on cars. He could listen to an engine and figure out what was wrong. It was a gift from God, and he used it well.

He worked at Cannon Mills and Cardinal Freight (Part Time) He also worked at Selectron Technology laying bricks. He moved to Hampton, Virginia and worked at the Hampton VA Medical Center in EMS Department doing laundry and linen distribution.

He was a daredevil. James was a very outgoing man. He never met a stranger. He was funny with his jokes. He was willing to help any one if they had car trouble. He would go to Auto Zone and help people in need. James was known as “Punchy”. He had a distinguished walk.

Respectfully submitted by the Family of Mr. James Rose.

To the family of Rose, that is what he was mainly called and know best as, @ the va medical ctr. I work with him there also just a different department.
I just want to say I’m so sorry for your loss and I will keep you all in my prayers
Sharon Fox