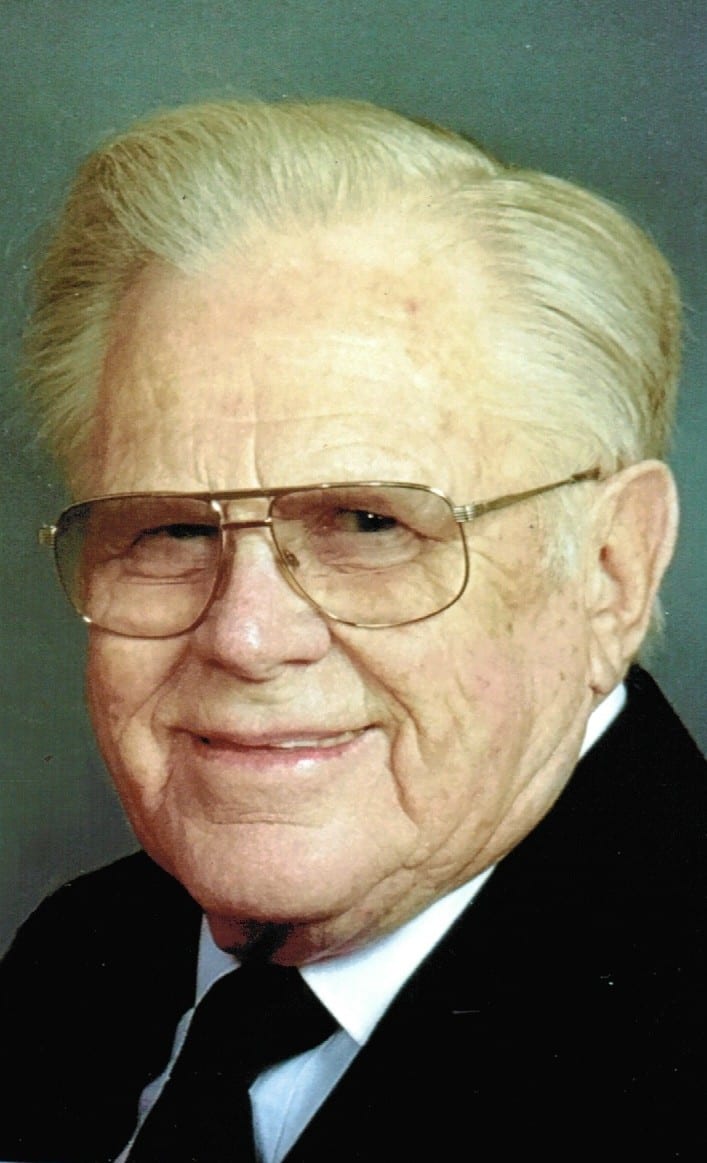 NORFOLK – James Little Richardson, 93, passed away on February 20, 2016. He was born in Oswego, NY on April 14, 1922. He was the son of the late Frank and Margaret  Richardson (Virginia Beach).  He was predeceased by his sister, Carol Preston (John) of Bluffton, SC, and his sister Mary Goldstein (Harold) of New York.He is survived by his loving wife of 68 years, Norma Gray Richardson and three sons: James G. Richardson (Vivien) of Montgomery, AL;  Curtis Richardson (Teresa) of Gibsonville, NC; and Scott  Richardson of Clayton, NC. Jim also leaves behind three beloved grandchildren: James L. Richardson of Richmond, VA; Charlotte Richardson of Montgomery, AL; and Shawn Richardson (Heidi) of Cary, NC. Jim was blessed with a great-grandchild, Will Richardson, of Cary, NC. He also leaves behind numerous other family members and friends. Jim was a member of Aldersgate United Methodist Church. After serving in the Coast Guard, Jim attended both Emory and Henry College and Virginia Polytechnic Institute, where he graduated with a degree in Civil Engineering. After receiving his degree he went to work for the Government as an Underwater Explosions Test Engineer at Norfolk Naval Shipyard for the David W. Taylor Naval Ships Research and Development Center, where he continued to work until his retirement.Jim enjoyed traveling, having made many cross-country trips by car. He loved working crossword puzzles and playing games on his computer. He will be dearly missed by family and friends. Condolences can be made at www.altmeyerfh.com.

Jimmy was a thoughtful, knowledgable, and kind mentor, a true gentleman who was a great role model for young employees at UERD. I have many fond memories of Jimmy.

Bob was a good man. Certainly enjoyed working with him.

KP and Dee Keighly-Peach and Family

Condolences and love to the family