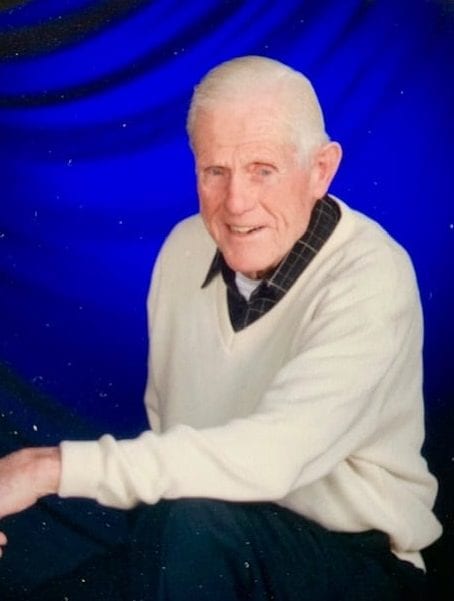 Services will be private.

Jim has been a resident of Virginia Beach since 1960. He was born in Atlantic City, N.J. to Helen and Mark Carmack. He grew up in Margate, N.J. and graduated from Atlantic City High School where he lettered in football and baseball and was President of his Junior Class. Jim enlisted in the U.S. Army and served in the early occupation of Germany as part of the Medical Corps in Munich at the 98th General Hospital. He was a member of Delta Upsilon Fraternity and graduated from Rutgers University in 1951 with a B.S. in Business Administration. Upon graduation, Jim joined Scott Paper Company in consumer sales. He retired from field sales in 1990 after 39 years of service. Jim was preceded in death by his younger brother, Mark, in 2006 and his sister, Celeste, in 2016. He is survived by his wife of 70 years, Catherine (Kitty) Egan Carmack, his children- Jim Carmack (Susanne), Cookie Carmack, Mark Carmack (Elizabeth), and Cheryl Carmack Beam (Jeff), his 8 grandchildren, and his 6 great-grandchildren. In lieu of flowers, his family requests donations be sent to the Chesapeake Bay Foundation (www.cbf.org) in honor of a mighty fine fisherman. They will be holding a private service due to current gathering restrictions.