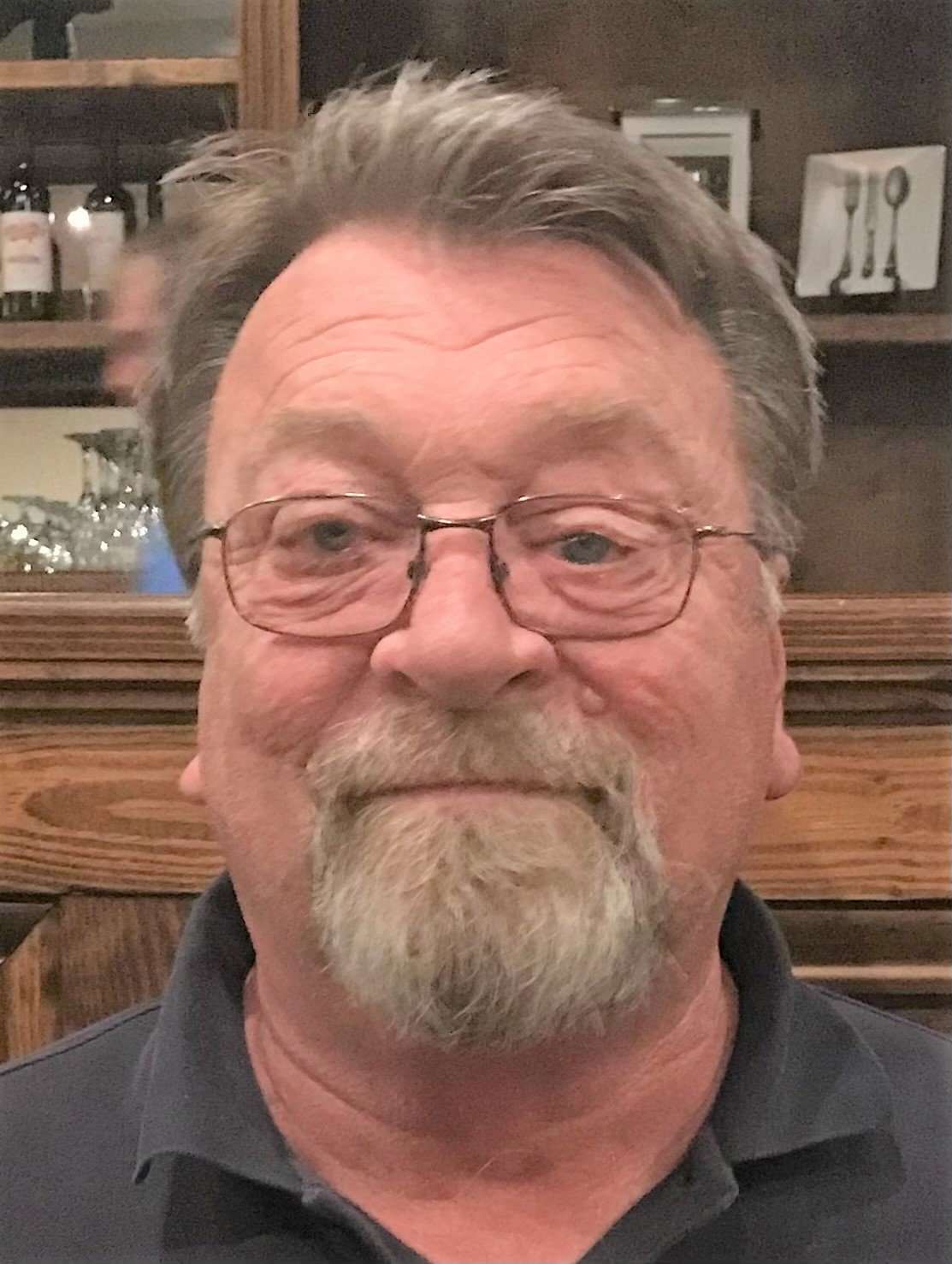 CHESAPEAKE – James “Jim” Johnson Jr., 69, passed away in the comfort of his home on June 25, 2022.Jim, a Norfolk native was born to James Glenn Johnson Sr. and the late Cora Lee Netherland Johnson. He graduated from Lake Taylor High School and attended Chowan College .Left to cherish his memory is the love of his life, his wife of over 41 years, Beth Marz Johnson; his daughters, Melanie Brooks (Bill) of Suffolk and Christie Johnson of Chesapeake; his sister Linda Mann (Charley) of Little Mountain, SC, his niece Amy Mayo (Kevin) and nephew Bill Fleming (Jenny), his great nephews Evan, Ian, and Elijah; his brother-in-law, Bryan Marz (Aylin) and nephew Colton; his highly anticipated granddaughter to be, Charlotte Brooks; and a host of other family and friends.

Jim grew up in Fox Hall of Norfolk spending his childhood both playing and coaching baseball and football for Azalea Little League. He also enjoyed surfing, camping with family, and any outdoor activity. While at Lake Taylor High School, he played football and was known for his speed, thanks to his ears that were as he would say “sloped back for speed.” He then ventured to Chowan College where he minored in Underwater Fire Prevention, but proof of this degree was never witnessed. As an avid sports enthusiast, an interest he learned from his mother, Cora Lee, the Miami Dolphins, Los Angeles Dodgers, UVA Cavaliers, and LSU Tigers will surely miss their most faithful fan!

While playing for United Virginia Bank’s employee softball league, he met his better half Beth, the rest was history. They built a beautiful life together, as well as a home in 1988, with the help of his father. Jim was an extraordinary family man at heart. His “girls” Melanie and Christie benefitted from his knack for coaching as he spent countless hours helping his daughters excel in many of their activities. Being a very generous man who was a lifelong “teacher” Jim extended his kindness to many in the community who thought of him as a father figure.

He spent countless years in the mortgage/banking industry, holding several positions, starting out as a repo man with stories to prove it. He then ventured into real estate, flipping houses, and becoming everyone’s favorite landlord. But one of his favorite jobs was being “Head of Security” at Court House Café in Great Bridge.

His favorite time of the year was an annual summer vacation with lifelong friends made when he and his wife lived in Baton Rouge, Louisiana. This is where he mastered rope swinging and pole vaulting. His hobbies were numerous, including but not limited to sailing, playing the drums, hydroplane boat racing (pit crew), looking through his telescopes at night, repairing cars (mostly Chevrolets), and watching sports and old Westerns in his “man cave.”

Jim lived life to the fullest and was such a bright light in everyone’s life who he came across. He wanted to take care of everyone else before himself, specifically giving away half of his dinner every night, he loved feeding his “girls.” His sense of humor was like none other, always making others laugh. He will truly be missed by all, and the world seems so much smaller without him in it.

The family will be receiving friends and family for a “Celebration of Life” at their home, Sunday, July 10th at 2:00 PM. Please dress casually.

I was sorry to here that Jimmy Johnson had passed away. We grew up the Fox Hall area in Norfolk. We played togeter and against each other in the Azelea Little League. I was a catcher in the Senior and Super Senior League and played against Jimmy. Jim would always remind me on how fast a runner he was. That was a fact. Over those years, I may have thrown Jimmy out a few times, when he was trying to steal bases. Well, I’m here to tell you, Jimmy Johnson got the best of me. He was FAST. We continued to be good friends at Lake Tayor and also at Chowan College in Murfreesboro, NC. We were both Miami Dolphins fans. We saw each other occasionally at various friend’s parties or watching Monday night football at Garys or at his house, when the Dolphins were playing. Jim was a good Man and will be missed. Rest in Peace Jimmy Johnson.

One of your Friends.
Jack Foshay

We’re so sorry to here about Jim. He was a good friend and a great boss!! You have our deepest sympathy and prayers! Connie and Frank Zielinski

Jim Johnson, although we’ve never met each other you were the reason your daughter Christie Johnson grew to become a successful basketball player for the Hickory Hawks. A father always is a daughter’s best friend next to her mother, though you leave the world too soon your astonishing life of 69 years will be celebrated every minute of every day. I have no doubt that when your granddaughter Charlotte enters the world very soon, you will be smiling with a tear in your eye from up above and watch her grow and someday when she gets to join you up above there will be plenty of stories to share between you two. So as you now make your entrance into the Pearly Gates and into God’s strong arms, I thank you for blessing me with a great friend in Christie, good luck to you good sir and Godspeed!!!!!!

We are heartbroken over the news of Jimmy’s recent passing. Please know our prayers for comfort are with you during this sad, sad time. We have such fond memories of ‘the old days’ and all the years of softball fun. May you feel God’s love. We will be praying for your family.