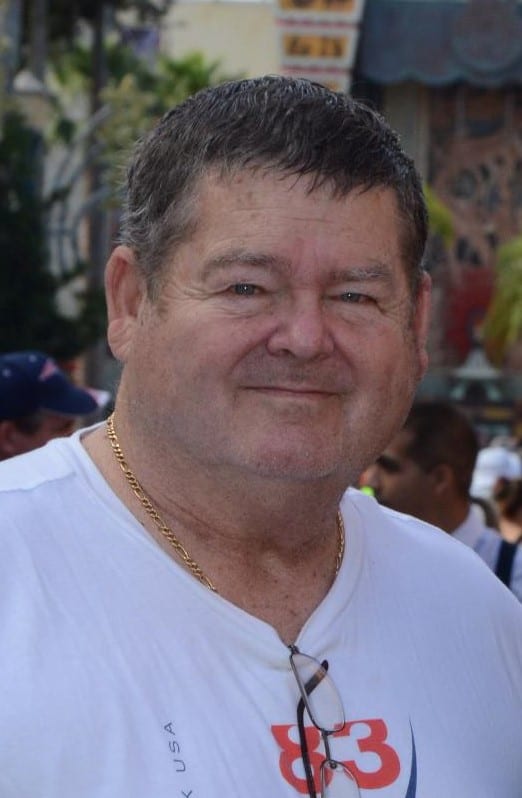 James H. Bailey, Sr. 74, of Virginia Beach, VA passed on to his heavenly home on Tuesday, August 11, 2020, after a brief illness.
James was born in Norfolk, VA on July 5, 1946, to the late John R. and Juanita Bailey. James was married for 50 years to the love of his life, Becky Chittum of Suffolk, VA. He graduated from Frank W. Cox High School in 1965. In the same year, he joined the United States Army serving overseas in many different locations.
After honorably serving his country, James embarked on a new career at Norfolk Shipbuilding and Drydock in Norfolk, VA. While working at NS&D, James received various accolades including completing a 4 year Apprenticeship Program and a 30 year Ring of Service prior to retiring after 44 years of dedicated service.
James enjoyed fishing with family and friends. He enjoyed deer hunting and was a lifetime fellowship member of Roger’s Deer Club. He also enjoyed treasure hunting on the beach and collecting baseball cards.
James is survived by his wife, Becky; daughter, Dawn; son, James Jr. (Leighann); grandchildren, Alexis, Buddy, Tony and Bella; brother-in-laws, Burt Chittum (Frances), Ronald Chittum (Sheila) and Jerry Cutchin; as well as family friends, Beetle (Marlene) and Lee Jay (Terry).
A Memorial Service with Military Honors will take place on Saturday, August 15, 2020 at 1:30pm at Altmeyer Funeral Home 5033 Rouse Drive, Virginia Beach, VA 23462.

I am so sorry to hear of Mr. Bailey’s passing. He was a great Role model for his children and grandchildren. Heaven surely gained another angel. My prayers !are with Becky and the family

Georgie always looked up to his Uncle Jimmy. He was a kind man. Becky, Dawn and little Jimmy, I’m keeping you all in my prayers. Wish I was in VA so I could be there today. Sending Love, Traycee

I remember everything you did for us as children.Mr.Bailey you will never be forgotten.Rest in peace.Please know your family is always in our hearts no matter how far the distance between us.

As my mom said, “Jimmy is a big beautiful guy.” That is exactly how we all remember him. Growing up on that tiny street–How blessed we were with such sweet neighbors. Jimmy was such a friendly and honorable man. The Bailey Family, best neighbors we could ask for. Becky, please know that you all are our in our prayers.

Always enjoyed working with him over the many years. He was a very enjoyable fun loving guy .

James and I were friends while at Cox High School. I have not seen him over the years, but have thought about him often. What a fun guy he was to be around. May he rest in peace.