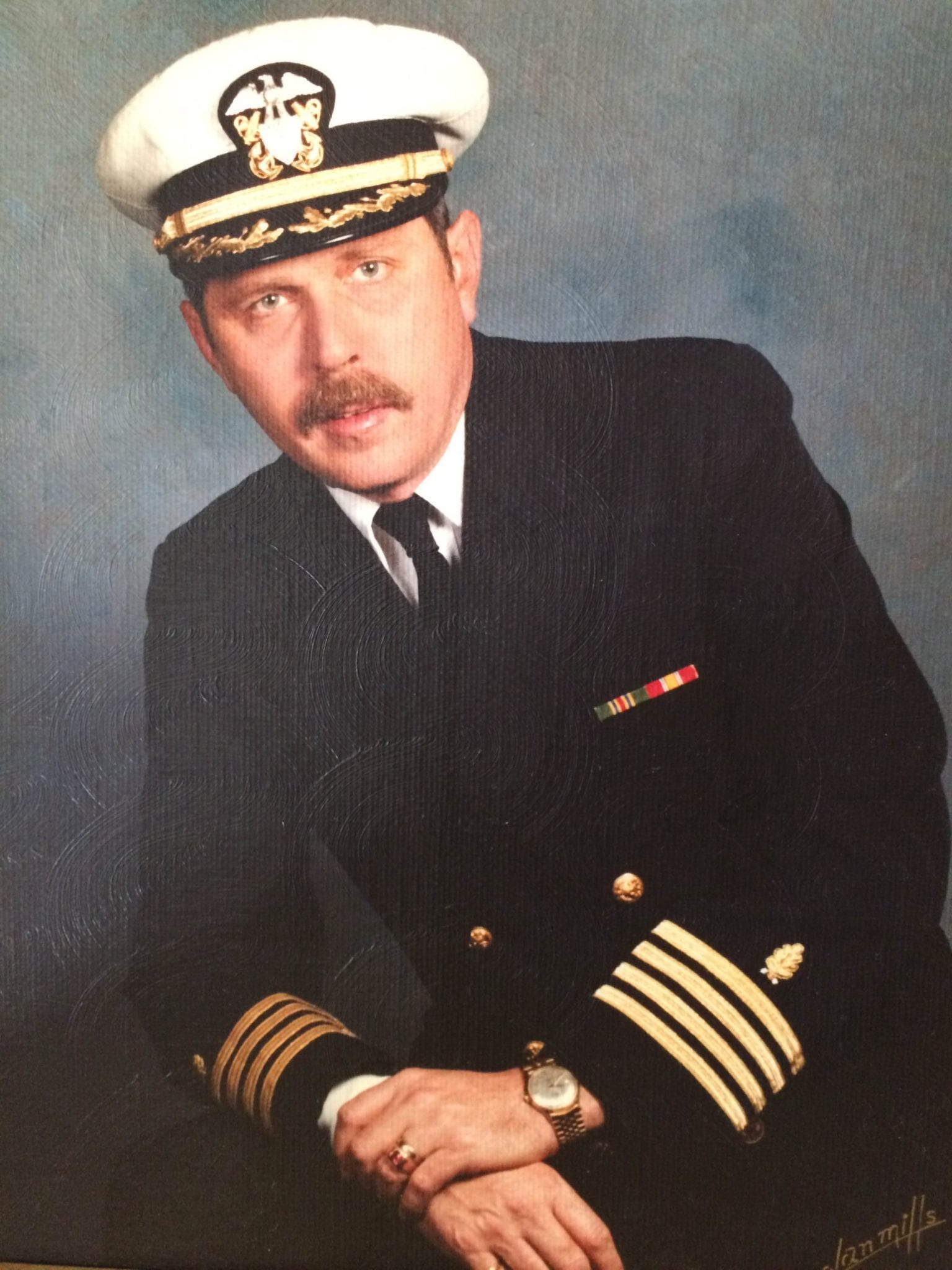 Capt. James F. Whittaker passed away on November 2, 2016. He was born in Yonkers, New York to Franklin and Muriel (Connor) Whittaker in 1937. He received his undergraduate degree from Ohio Wesleyan University, a doctor of dental surgery from New York University College of Dentistry, and a masters degree in Special Studies from George Washington University. He entered the United States Naval Service in June, 1964. During a 30-year career as a Naval Dental Officer, he served aboard the USS Yosemite (AD-19), USS Independence (CVA-62), USS Hunley (AS-31), and USS L.Y. Spear (AS-36), as well as several shore assignments. Capt. Whittaker earned several military distinctions that included the Meritorious Service Medal, Navy Meritorious Unit Commendation with two bronze stars, and the National Defense Service Award with one bronze star.
Capt. Whittaker is survived by two daughters, Sandra Finch and husband Terry of Chesapeake and Lori Whittaker of Virginia Beach, his four grandchildren Carolyn, Jimmy, Gabby and Garrett, long-time friend and partner, Jean Whittaker, brother Thomas and wife Roxane of Milton, De, and sister Margo of Delmar, De.
Visitation will be held from 6 p.m. – 8 p.m. on Wednesday, November 9, 2016 at Altmeyer Funeral Home in Virginia Beach. Funeral service will be held at 11:00 a.m. on Thursday, November 10, 2016, in Community United Methodist Church, Virginia Beach. In lieu of flowers, donations to Intrepid Hospice (4510 Holland Office Park, Suite 503, Virginia Beach, Virginia 23452) or to Old Dominion Greyhound Adoption ([email protected], Gay Lattimer , 757-486-7956) would be appreciated. Online condolences may be offered to the family at www.altmeyerfh.com.

I worked for Capt (Doc) Whittaker at NAF, Warminster, Pa from 1972 to 1974. He was a great person and dentist. He was a person that I looked upto during those years. I was saddened to learn of his passing. My condolesences go out to Sandra, Lori and Jean. May he Rest In Peace.

CAPT Whitaker was my department head at NDC Norfolk, my very first Navy duty station. He taught me so much. Please accept my condolences.

Met CAPT Wittaker when he was Department Head on Hunley. He was almost my Dept Head but I had orders to the Holland giving up Charleston for Scotland. He was a great guy and had a superb service reputation. A 30 year Naval career entailed sacrifices for him and his family and this nation owes them a great debt and thank you.

My sincere condolences to the family. May you find comfort in your loving memories, and in God’s promise to soon “swallow up death forever” and “wipe away the tears from all faces.” (Isaiah 25:8) With deepest sympathy.

Capt. W. was Head of Operative Dentistry, first Dept. Head I worked for when first moved from Pensacola to Norfolk, a very affable person and leader.