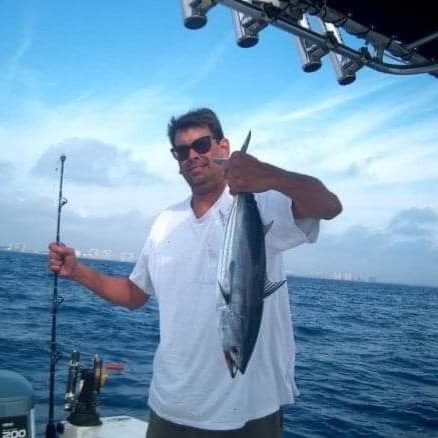 James David Dail, 55, of Virginia Beach, passed away January 28, 2022. Born on May 4, 1966, in Norfolk, Virginia, James grew up in Hampton Roads near the water and remained local his entire life. He was a member of Cox High School’s Class of 1984 and later went on to become an A&P technician where his intelligence served him in working on many types of aircrafts. In his free time, James enjoyed the drums as he was a drummer in his high school marching band, but continued his love for the drums throughout his adult life as well. He could frequently be found fishing and boating, and would go for a swim at the beach whenever he could. James loved a good joke as well, and shared his humor and loving personality with his family and friends. His good nature and sense of humor will be remembered lovingly by those that knew him.

He was preceded in death by his mother, Gayle Y. Armstrong; father, John Edward Dail Sr.; and brothers, Robert A. Dabney and John E. Dail Jr. He is survived by his sister, Beth Dabney; niece, Erin Rhue; and nephew, Ian Settles. Arrangements are in the care of Altmeyer Funeral Home – Riverside Chapel.

I remember David as tall, dark & handsome as a teenager growing up in Virginia Beach. I was just the lil kid sister across the street. But he was quite& funny with an, easy warm smile . God bless you David ! Julie moore