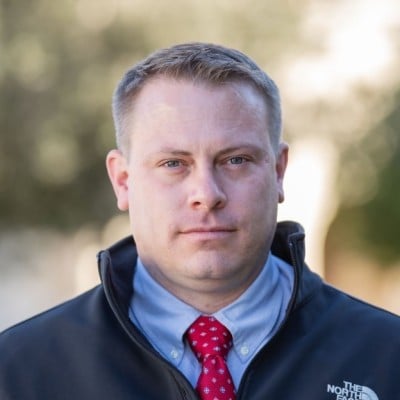 James Charles Kerr passed away Wednesday, June 29, 2022 in Virginia Beach, VA.  James was born December 15, 1981 in Jackson County, Missouri.  He was a graduate of Embry-Riddle Aeronautical University.  He will be remembered as a loving and generous husband, father, brother, and friend.

James proudly served his country in the United States Navy for 21 years as an Aviation Maintenance Adminstrationman reaching the rank of Chief.  He met the love of his life, Rachael, in Virginia while serving in the Navy and they wed in 2005.  They had two children, Isla and Audrina.  In 2020 James retired from the Navy and pursued a Masters of Science in Business Administration and Project Management from The Pennsylvania State University.  He also worked for Basic American Foods as a Process Manager in Moses Lake, WA from January 2022-April 2022.

James was predeceased by his parents, James R. Kerr and Tina A. Meadows and grandparents, Margaret and Charles Meadows.  Left to cherish his memory are his wife, Rachael; two daughters Isla and Audrina; sister Alicia Kerr; his niece Aunalea and nephew Jimmy.

Our family respects the wishes of James and will not be holding services.  In lieu of flowers please consider making a donation in his honor to the Veteran’s Administration.

To the Kerr family my heartfelt condolences.
Although I didn’t know James well I had pleasure of working with him for a short time at BAF in Moses lake Washington.
He was a dedicated worker who treated us well. He was kind and helpful.
It was evident that he missed his family very much and on several occasions he expressed this.
God bless him and his family

Rachael, my condolences to you and your family. James, it was an honor serving with you my brother. RIP.

Rachael, Isla and Audrina, sending prayers of love, hope, understanding and strength to you all. Rachael I am here when you are ready. Love and hugs ~Beth

You are a strong woman who will get through this. Praying for you all.

God bless you all as you negotiate the coming days without James. May he RIP and may you all find peace and love in his memory.

Sending you all my heartfelt prayers for peace and consolation and a tight hug.

My sincere condolences to you all. Wishing you continued strength and prayers of guidance amd healing.

Lots of love during this difficult time

May your memories of James Charles Kerr, give you peace, comfort and strength…