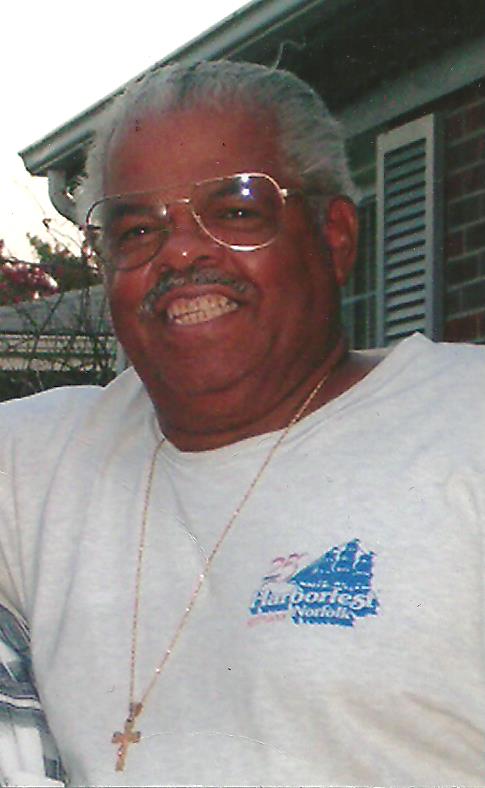 Jaime “Jimmy” D. Landor, 82, of Santurce, Puerto Rico, entered into heaven at 8:30 PM, Sept. 6, 2015 at his home.
Jaime D. Landor was born December 15, 1932 in Santurce, Puerto Rico.  He served his country a year an a half in the National Guard and 20 years in the U.S. Army.  Jaime was employed as a mechanic for the city of Hampton for 15 years after working for Montgomery Ward for 12 years.  He enjoyed to work in his yard and often said “my yard looks good, I bet every body in the neighborhood is jealous”.  He spent most of his weekends hosting family and friends at his back yard barbecues, while playing Salsa and Meringue music, for all the neighbors to enjoy. He enjoyed spending time with his children, grandchildren, and great grandchildren.
Jaime is survived by his beloved wife of 61 years, Victoria; his two daughters, Xenia Tomlinson and Concepcion Landor; a sister, Trina Ocasio-Landor; several nieces and nephews; three grandchildren, Rafael Torres, his fiancé, Jamy Novosel, Gustavo Torres, his wife LeeAnn, and Victor Tomlinson;as well as seven great grandchildren, Logan and Trinity Torres, Sam and Sina Novosel, Tristen Tomlinson, and Rhema and Malachi Torres; and many other family members and friends.
A visitation will be held at Friday, September 11 from 5:30-7:30pm at Altmeyer Funeral Home-Denbigh Chapel, 12893 Jefferson Ave., Newport News, VA 23608. A celebration of life service will be held at 12:30pm Saturday, September 12 at Altmeyer Funeral Home-Denbigh Chapel. Interment will follow at Peninsula Memorial Park, 12750 Warwick Blvd., Newport News, VA 23606. A full obituary may be viewed at www. altmeyerfuneralandcremation. com.

To you my dearest grandfather,

I’m honored to have been your grandson. You taught me many things that lack currently in this generation; discipline, initiative, loyalty and commitment. Thank you for my freedom and my freedom to serve the Lord. Your sacrifice and obedience paved the way for all of us. I know you have joined the great cloud of witnesses that are cheering us on to finish this race. See you again soon. I love and miss you. Lastly,
I’m proud of you!

Truly sorry for your loss Sunnee and family, you all remain in my thoughts and prayers. Thankful to SSG Landor for his devoted service to our country. At times like this, praise does not always come easily. But a sacrifice of praise can be a bridge over which the Lord’s healing love can flow. “…the God of all comfort…comforts us in all our troubles.”

So saddened to hear of your loss. The Valentine family is praying for your peace and comfort during this time.

Thank you sir for your service to this country! Although I didn’t know you personally I have always heard wonderful things from your grandson Rafael and it’s obvious by the way he spoke that he looked up to you very much and you had helped mold him into the man he is today. You and your family will be in my thoughts and prayers during this difficult time. May you rest in peace!