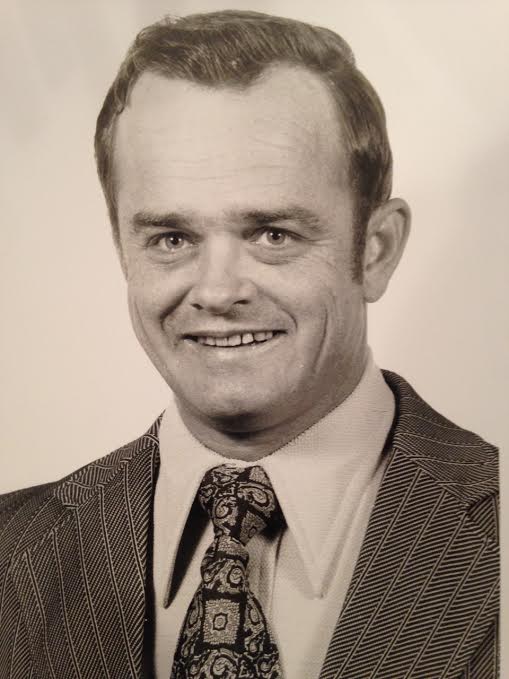 Jack Wayne Archebelle Sr. passed away on Wednesday October 14, 2015. He was born on August 10, 1939 in Macon, Ga. Mr. Archebelle was preceded in death by his parents William G. Archebelle and Mildred C. Archebelle, and his sister Cherie A. Andrews.
Jack has been a resident of Virginia Beach for forty years. He was a retired chief with 20 years service in the U.S. Navy, in which he served during the Viet Nam War, and was a purple heart recipient. After retiring from the service, he graduated from St. Leo’s College and received a degree in business. He then began his career with as an insurance agent with both Prudential and Allstate. After retiring from the insurance business, he filled his time doing the things he loved such as gardening, auctions of any kind, watching NASCAR, and spending time with his grandchildren. Mr. Archebelle has been a member of First Baptist Church of Norfolk for over a decade. Jack was known for his quick witt and sense of humor, as well as his ability to never know a stranger.
He is survived by his loving wife of 53 years Sandra S. Archebelle, three children, Wayne Archebelle (Melissa), Wanda Frazee (Brad), and Amy Keane (Paul), as well as five grandchildren, Trey and Billy Archebelle, Lauren Sharples, Hannah and Paul Keane Jr,and three great grandchildren Sophia Archebelle, Elizabeth and Grayson Gilbert. Mr. Archebelle is also survived by four siblings, Glenn Archebelle (Gayle), Bruce Archebelle (Tommie), Gail Griner (Earl), Mike Archebelle (Christine), and one brother in law, Gene Andrews.
Jack was loved by all who knew him and will be dearly missed. The family would like to give a special Thank You to all the care givers at Gentiva Hospice and Beth Shalom. In lieu of flowers , donations should be made to the Alzheimer’s Association .
The family will receive visitors at Altmeyer Funeral Home on Greenwich Road, in Virginia Beach from 6pm to 8pm on Monday October 19. After a private burial service with family at Albert G Horton Jr Memorial Veterans Cemetery, a memorial service will be held at First Baptist Church of Norfolk on Kempsville Road in Norfolk on Tuesday October 20 at 2pm and followed by a reception at the church.

Sandra, I am so sorry to hear of your loss. May God give you peace and comfort.

We have so many wonderful memories of spending time with Jack. Jack had the most outrageously funny stories and you never knew if he was making them up. All who knew him loved him. We will cherish the good times we spent with Jack and Sandra. Trisha and Johnny