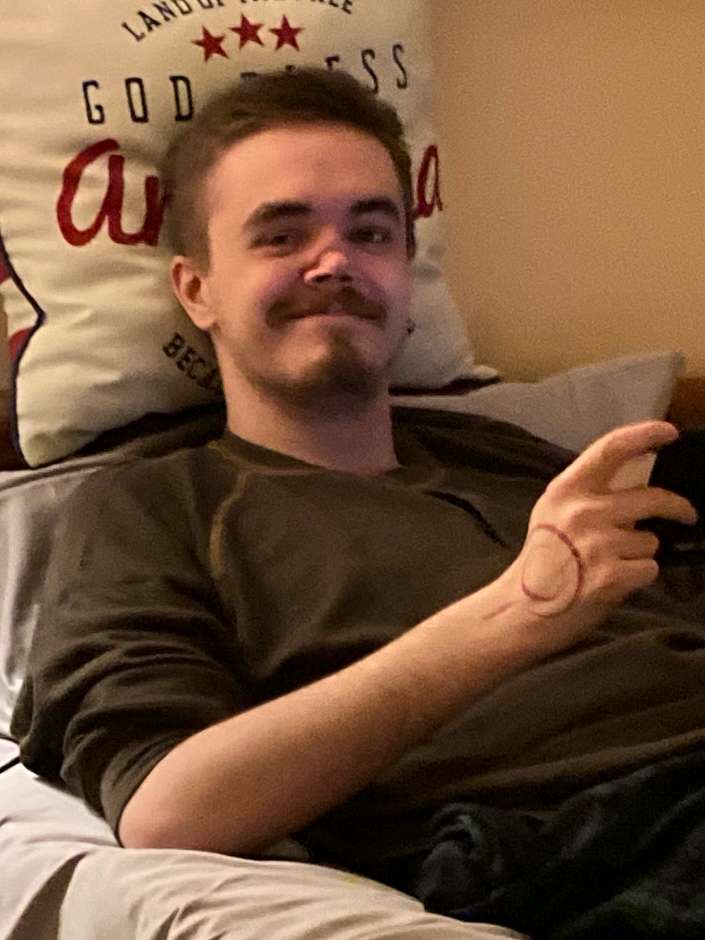 It is with the deepest sorrow that the family of Jack Paladin Spady, 22, announce that he has passed away on Friday, January 21st, 2022 in Virginia Beach, Virginia. Jack was born on August 25th, 1999 in Richardson, Texas to Vanessa M. Webber and Frank M. Spady III.

Jack attended many schools and relocated many times as part of a Marine Corps family, making friends from each. He has lived in Texas, Virginia, North Carolina, Missouri, California and Okinawa Japan. Towards the end of his life, Jack’s illness precluded him from attending traditional high school. He was homeschooled for a time, and eventually earned his GED last summer.

A memorial service will be held on Saturday, 5 February 2022.

Jack was a fantastic person. I knew him as Archer and my husband played a few games with him such as Pathfinder. While he went by Archer, he sure as hell lived up to his middle name of Paladin and I am blessed to have known him. We miss ya buddy. <3

The sweetest nephew I ever could have asked for. Glad I got to hear your voice one last time

I send my sincerest condolences to Jack’s family and friends. Jack was a valiant fighter and it was such an honor to get to support his efforts for a time. Praying for the peace that passes all understanding to surround you all at this time.