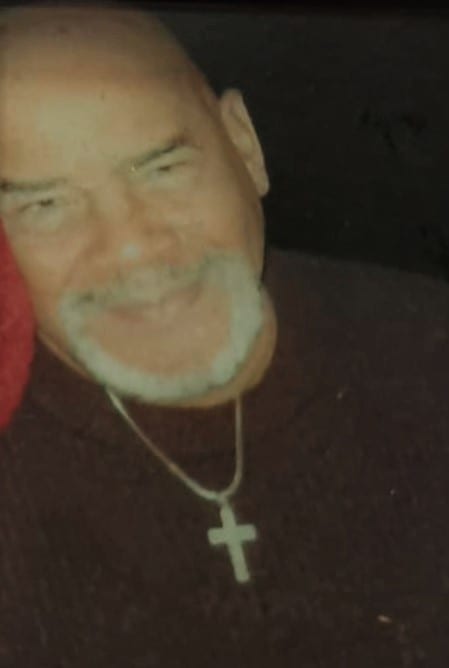 Deacon Jack Johnson was born in Ellaville, GA, July 27, 1927 the youngest son of the late Molie and Sammy Johnson. He was ushered into eternity on December 14, 2020, at the age of 93 years old.
Jack attended school in Ellaville, GA. The family relocated to Detroit, MI, in 1947. He was employed by the Veteran Steel Processing Corporation. In 1951 he joined the US Army and served our country until 1956. While in the armed services he was honored and rewarded the Bronze Service Star as a Medic of the 3rd Division. After serving his tour of duty he then returned to Veteran Steel Processing Corporation for two years and then transferred to the Chrysler Corporation for eight years. Jack was dedicated to his parents and became their primary care giver until their demise. He then moved to the state of New Jersey and was employed by the Cochran Trucking Company, as a tractor trailer driver for many years. His last place of employment was the Woodbridge New Jersey Park and Recreation Department retiring after 21 years of service in 1987.
Jack joined the Holy Mountain Church of God in Christ Rahway, NJ, where he met and married his soulmate, Ruth Gotell, on September 24, 1977. They later moved their membership to Morning Star United Holy Church in Linden, NJ. After both of their retirements, they moved to Seaford, VA, and became dedicated and faithful members of the First Baptist Church Denbigh, VA.
Jack was preceded in death by his parents, Molie and Sammy Johnson; his son, Marion Johnson; a brother Rannie Johnson; two sisters, Amy Jones and Dorothy Tucker; and a step-son, Steven Gotell.
He leaves to cherish his journey from labor to reward his beloved and devoted wife, Ruth Johnson of Seaford, VA; daughters: Dorothy Johnson of Rhode Island, Regina Sampson of North Carolina and Patricia Brooks of Jersey City, NJ; three grandchildren, Marvena, Michele, Nichole and Chris; four step-sons: Glenn Gotell of Virginia, Mark Gotell (Sarah) of Seaford, VA, Joseph Ricky Gotell (Desiree) of Henrico, VA;  three foster children: Randy Scott of Newport News, VA, Deidrick Scott of Hampton, VA, and Ivy Webb (Michael) of Murrieta, CA; sister-in-laws Gertrude White of Bethesda, MD, Rose Daye of Plainfield, NJ, Roberta Douglas of Fredericksburg, VA. And a host of nieces, nephews, and friends.
Altmeyer Funeral Home-Denbigh Chapel, is assisting with arrangements.

To Ruth and family, we are deeply saddened by the loss of our friend Jack. He was a wonderful and giving person. We will continue to pray for your. He is in a better place!

I am deeply sorry for your loss, praying for the family healing.

Candle of Remembrance for Jack Johnson

My sincerest condolences to the family of Mr. Jack Johnson. May God comfort and keep you in perfect peace during this time. Blessings to you all. Sis. Korla Frye, UMW-Epworth House

May your memories of Jack Johnson, give you peace, comfort and strength…

I will forever miss you granddaddy. I love you so much. Your dabobbit forever

To my Dad who throughout the years gave us much laughter and good times I salute you.We will cherish your memory in our hearts forever.Thank you for allowing me to be a part of your journey.

Sending my condolences to the family
May god bless you, may god keep you, and may heaven continue to shine brightly upon your lives!