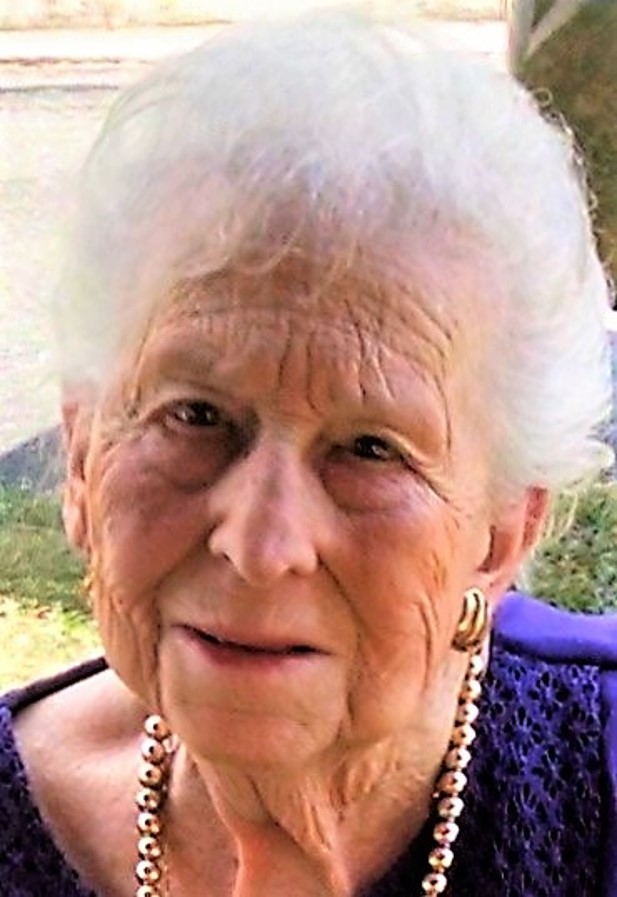 Ivie Lee Johnson, 93, passed away peacefully on February 4, 2022.  She was preceded in death by her husband, Wallace (Wally) Charles Johnson, her parents William (Billy) Wilkerson and Rebecca D. Wilkerson, and her sister, Phyllis Hamlett Burns.
Lee was born on January 11, 1929, in Farmville, Va., and was a Williamsburg resident for 58 years. She was a long time member of Williamsburg Presbyterian Church.  Lee owned and operated Johnson’s Guest Home for over 46 years. Her greatest joy was welcoming guests into her inviting home and treating them like family.  She developed lasting relationships with many of these visitors and their close friendship continued until her passing.
Lee served as President of the Skipwith Farms Garden Club and was the recipient of a Lifetime Membership Award.  She won numerous blue ribbons for her creative and beautiful floral arrangements.
She is survived by her daughter, Debbie Danford (Doug), her son, Todd Johnson (Angela), her beloved grandson Spencer Wallace Johnson, two bonus granddaughters Samantha Smiley-Collins (Ben) and Sara Smiley, and great grandson Easton Kenney.
The family thanks all of her dedicated caregivers from Home Care Assistance. If desired, please send memorial donations to Williamsburg Volunteer Fire Department, 401 Lafayette Street, Williamsburg, VA  23185.
A memorial service will be held at a later date at Williamsburg Presbyterian Church.
Bucktrout Funeral Home is handling the arrangements.