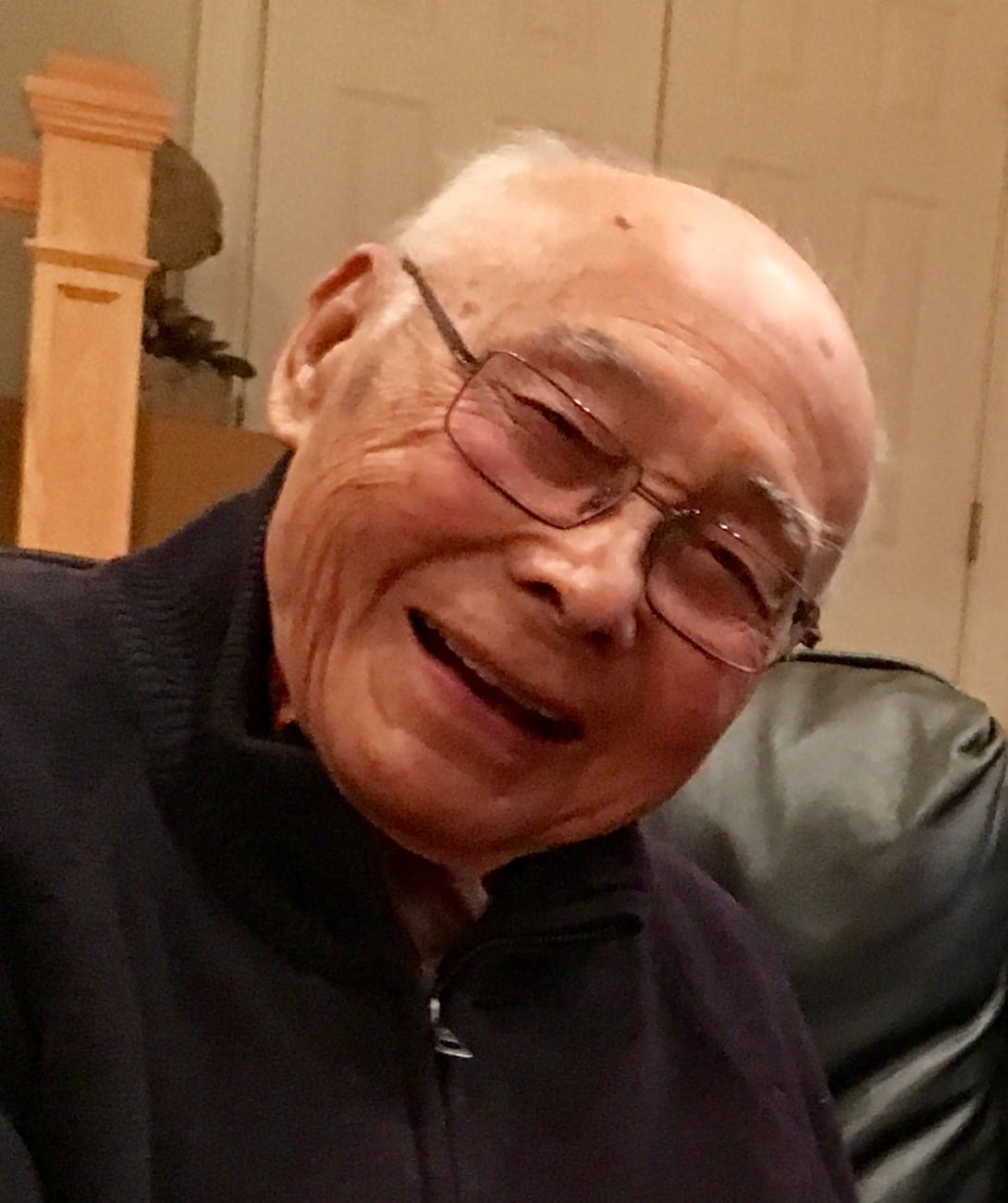 Irving B. Chang, 98, passed away on Saturday, February 4th. He was born on August 6th, 1918 in China to the late Fuliang and Louise Chang and is predeceased by his loving wife of 62 years, Wonona. He was a devoted, loving husband, father, grandfather and great-grandfather. He is survived by his children, Amos and Joan Chang, Mei-Ming and Alan Raicer, and Nona and Bill Sorensen, his grandchildren, Matthew and Rebecca Chang, Darby and Curtis Schoenfeld, Mei-An Raicer, and Geoff and Faine Raicer, his great grandchildren, Gabriel and Luke Chang, Elyse and Alyssa Schoenfeld, and Kai and Cadin Raicer, his two sisters Kay Wang and Margaret Ma and his many nieces and nephews.
Irving grew up and received his education through his Bachelor’s degree in China. He moved to the United States in 1947 and received his Master’s Degree in Chemical Engineering from Ohio State University in 1949.  He and Wonona lived and raised their family in New Jersey where he was employed by Allied Chemical Corporation for almost 40 years. Upon retirement, they moved to Virginia Beach where they became very active in the Wycliffe Presbyterian Church and Irving enjoyed tennis at the VBTCC. Irving remained very active until the day he died. He swam almost daily at the VB Bayside Recreation Center, volunteered at Chesapeake Regional Medical Center weekly in their physical therapy department, sang in the choir and served as an elder in his church, and truly enjoyed his condominium community and their activities. Cooking was one of his passions and he and Wonona co-authored 3 Chinese cookbooks in the 1970’s. In 1994, they co-founded “Flavor and Fortune Magazine”, which is still the only English language Chinese food magazine. In August 2015, at the age of 97, Irving self-published his final cookbook, Chinese Cuisine Along the Grand Canal, which was awarded 2 extremely prestigious awards. The first was the National Gourmand Award for Best Chinese Cookbook in the USA, published in 2015. The cookbook then competed against 40 countries and won the Gourmand World Cookbook Award for the Best in the World Chinese Cookbook of 2015. This was awarded on May 29, 2016 in Yantai, China at their 2016 International Awards Festival.
A memorial service will be held on Friday, March 10th at 6:30 PM, at Wycliffe Presbyterian Church, 1445 N. Great Neck Road, Virginia Beach, 23454.
In lieu of flowers, those wishing may make memorial donations to Chesapeake Regional Health Foundation in memory of Irving B. Chang Chapel Fund, and send the donation to Chesapeake Regional Health Foundation, 736 N Battlefield Blvd, Chesapeake, VA 23320.

May he Rest In Peace. Amos will never forget your father’s smile warm heart and amazing BBQ

Nancy and I were saddened to learn of the passing of your father.
We send our warm condolences to you and your family.

Nancy and I send our condolences on the passing of your father.
Our warmest wishes to you and your family.