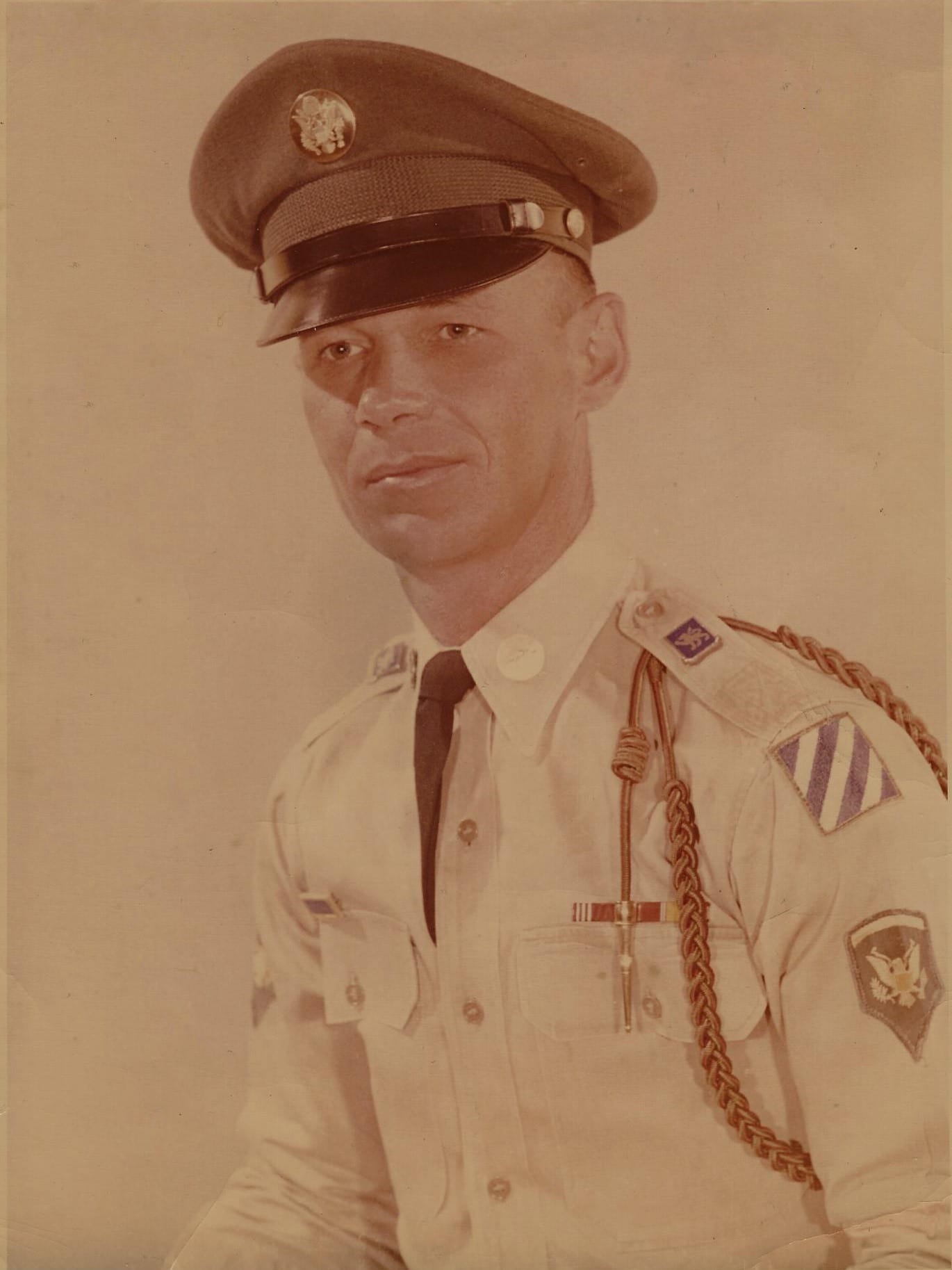 Ira David Triplett, sr., age 85, passed away on Sunday, February 21, 2016 at his home in
Newport News, Virginia with family by his side. He was born in 1930 in Butler, Tennessee to
the late John Franklin Triplett and Sarah Elizabeth (Hicks) Triplett. Ira married Charlene Kyte
of Butler, Tennessee in 1959 at Hagerstown, Maryland. They were happily married
for 56 years. He was passionate about his faith and devoted to his family.

Ira was drafted in the US Army in 1952 to support the Korean War and went on to have a
distinguished 20 year career. His military service was indicative of his life: a passion for
learning. His started out as a heavy equipment dispatcher, transitioned to a heavy vehicle
driver, converted to a combat medic, and finished his career as a helicopter crew chief. He
served overseas assignments in Germany, Greenland, Hawaii, Italy, Korea, Okinawa, and
three tours in Vietnam where he earned two Air Medals for over 50 aerial missions in hostile
territory in support of counterinsurgency operations. From 1969 to 1971, he served as Chief
Electrical Engineer in President Richard Nixon’s Presidential Flight Detachment, Army One
and retired as a Sergeant First Class in 1972 at Fort Eustis, Virginia.

Ira began his second career in civil service at the Naval Air Rework Facility in Norfolk, Virginia
as an electrician on A-6 and F-14 aircraft after retiring from the military. He left civil service
after 14 years in 1986 in pursuit of his entrepreneurial spirit. In 1986, he became self-employed
and opened Big John’s CB (Citizens Band) Sales, which operated in several locations in
Newport News, Gloucester, and Fredericksburg, Virginia. Ira sold CB radios, car boom boxes
and stereo equipment at their peaks of popularity in the 1980s for a generation of customers in
competition against big-box stores in the local area. Ira finally retired in 1995 but remained
busy and connected to his expanding but displaced family by traveling across the United
States to visit his sons John in Missouri and Shawn on various Army assignments.
Ira was a family man from humble beginnings in the mountains of Tennessee that demanded a
hard work ethic and pursuit of higher learning from his children and grand-children. His mantra
to “get a job, get an education, or join the military” will forever be passed down to future
generations. He will forever be remembered for his love of family, strong will, and generosity to
strangers.

Ira was preceded in death by his parents: John Franklin Triplett and Sarah Elizabeth Triplett;
his brothers: Robert Triplett, Dewie and Henry Hicks; and his sisters: Ada Waycaster and
Roxie. Ira is survived by his children: Ira David Triplett, Jr. and wife Retha (Duffield) of Butler,
Tennessee; John Triplett and wife Tammy (Hicks) of Kirksville, Missouri; Shawn Triplett and
wife Isabella (Edwards) of Tucson, Arizona; and Pamela Raines and husband Michael Raines
of Newport News, Virginia; his grandchildren: Jordan, Deirdre, Ivan, Kyle, Kayla, Meghan, and
Jacob; his great-grandchildren: Loki, Bradley, Jayce, and Jayden; and many nieces, nephews,
and other relatives.

The burial will occur in private at Kyte Cemetery on Friday, June 24th at a time to be
determined later.  Ira was an avid animal lover and active member of the local American Society for the
Prevention of Cruelty to Animals (ASPCA) at 523 J. Clyde Morris Blvd in Newport News,
Virginia. He adopted his three dogs, Baby, Shannon, and a beagle named Hugo, from local
shelters. In lieu of flowers, Ira Triplett requested memorial donations be made to the ASPCA
at: https://www.aspca.org/ways-to-give.

Big john as I knew him in the late 80’s early 90’s, was the man to see if you wanted good quality car audio at a low price. I was in high school at the time and I would drive over an hr one way just to go to his store in the flea market, then when he moved to glouster at that lil strip malls. He trusted me and I trusted him, he let me pay over time the speakers I would buy from him, he would even meet me at the south of the James so I could give him money I owed him, just so I would not have to drive so far. “Big John” will be missed!

Aunt Charlene, and family. So sorry for your all’s loss. Uncle Ira and his brothers and sisters are watching over his family as he always has. Prayers be with you all. Uncle Ira you will be missed deeply. Love you all.

Having had the pleasure of assisting with the purchase of the house in Newport News, I considered the Tripletts my good friends. God bless the family at this difficult time

Ira will always remember you watching and playing with Kyle! You will be missed!

Dear Charlene and family,
I am so sorry to hear of your loss. May God be with you always.
Ellen

Uncle Ira may you rest in peace. God be with my aunt and cousins love you

Uncle Ira was a fighter and now may he rest in peace with his siblings. I pray God watches over you and family. Love you all.

I wish David and I were able to be there to help you thru this. We love you all very much.

Ira was a man known for his generosity with his family

Ira Triplett was a man always known generosity with his family.