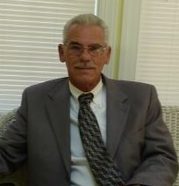 Lee was born in Richmond, Virginia  in February of 1945 to the late Floyd and Louella Sprouse. He was the second oldest of eight children. He grew up in the mountains of West Virginia, which taught him an appreciation for the simple things in life at a young age. Lee was called on to serve his country and did so with pride. He joined the United States Army and fought in the Vietnam War. After the war, he returned to West Virginia and worked in the coal mines. Lee also found a passion for carpentry. A true jack of all trades! He migrated west to be closer to family and settled in Hampton Roads. Fate brought him to meet his beloved wife Cathy. They recently celebrated 26 years of wonderful marriage, with her being his everything! Lee had a deep faith and used it to inspire and strengthen those around him. He used his love for music to help spread joy and the Lord’s Love. He could regularly be found playing guitar with his friends at home or at his second home, Abundant Life Tabernacle.
Lee was preceded in death by his parents. Survivors include his wife, Cathy; Son, Richard and his wife, Leisa; granddaughter, Makinna; great-grandchildren, Regina and Everly; step-sons Jason and Johnny; cherished granddaughter, Alex; siblings, Clarence, Floyd, Kay, Bobby, David, Diana and Gary; sister-in-law, Diane and numerous nieces, nephews and friends.
A celebration of Lee’s life will be held at 12:00 noon on Saturday, April 30, 2022 with a visitation one hour prior. Lee will be laid to rest in Albert G. Horton, Jr. Memorial Veterans Cemetery at 1:00pm on Monday, May 2, 2022 with military honors. In lieu of flowers memorial contributions can be made to Abundant Life Tabernacle, 101 Blackburn Ln. Hampton, VA 23666.
Lee left an imprint on many hearts and will be greatly missed.
9 Condolences
Inline Feedbacks
View all condolences
Debbie Hughes

Cathy thoughts and prayers are with you today. So sorry for your loss. Lee was such a down to earth person.

Lee was a great friend and paw paw to Alexis and Alyssa Arsenault. We will never forget you! Rest in peace. I know everyone in Heaven is sitting right next to you playing your guitar and singing up a storm.

Pawpaw, you will be missed so much. You and mawmaw came into me and Levi’s lives so early and I will forever be grateful to be your first foster kids and experience the love we received from you! We will always love you and we will always have our pawpaw eggs on Sundays to remember you!

WE REALLY ENJOYED LISTEN TO LEE SING AND PLAY MUSIC AT TEMPLE CHURCH ON FRIDAT NIGHT.ENJOYED HIM COMING TO MY CONCERTS AT FAITH BAPTIST . HE LOVED MY POTATO SOUP AND HOT DOGS.GOD BLESS THE FAMILY AND REP LEE..GONNA MISS YOU.

Harry was a good and true friend to my husband, Richard, and me, and after Richard’s passing, continued to be a wonderful friend to me. He and Cathy were always available to help me whenever I needed them. Harry did so many things to help me around my home. He always had time for anyone who needed help. They also trusted me as a “babysitter” for their pups, Candy and Rocky, whenever they were away. He was a true Christian believer and loved the Lord with all his heart. God must have needed a good hard worker in Heaven, and he’s got one in Harry. He’s going to be greatly missed down here, but we’ll see him again one day.

Remembering all of your great life together.

Cathy,, my friend, I am praying for and your family.
Myself and family are praying for you all and are sending our heartfelt condolences and prayers. If you need me, I am only a phone call away. Love you Aggie

My brother Lee, was loved dearly by his family. Our world has changed again. Our Sunday dinners, our holidays, our phone calls. and are laughs will be missed for as long as we live. We will all live to keep God first and we will see you in Heaven. Thank you Lee for Cathy. and Richard. You gave us someone else to love and enjoy in our loving family. Miss you so badly, your sisters and brothers ,will forever keep you alive in our everyday living.

Lee , was a true man of faith .Know matter who he met he found a way to talk about the Lord . Lee could fix anything he put his hands on he was an excellent carpenter. If he knew you and knew of your circumstance’s he wouldn’t even charge you . Lee loved his friends as if they all were his family . I loved his famous words (you know what I mean, ok).Lee loved Cathy so much and you could see and feel it ,what a great example of true love . Lee will truly be missed by all . He left a great and wonderful impression on my life I’m the honored one to have known him .