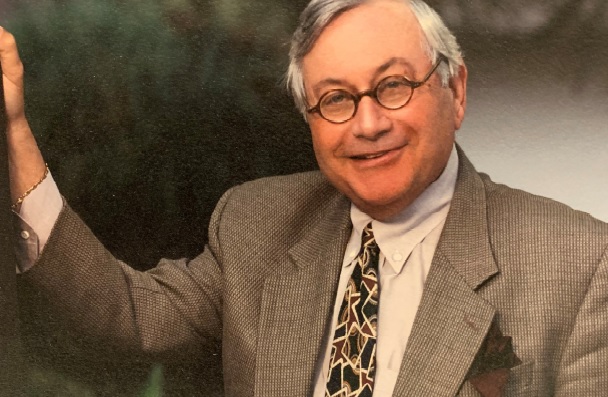 Harris Richard Sloane, 78, a resident of Boca Raton, Florida and East Falmouth, Massachusetts (formerly of Virginia Beach, Virginia), died peacefully in Delray Beach, Florida on July 4, 2022, surrounded by his family. He was born in Randolph, Massachusetts on May 16, 1944 to the late Doris Kapstein Sloane and the late Dr. William Sloane, MD; they loved him so. He was also the adored son-in-law of the late Alan and Esther Fleder.

Harris was a loving, bright, talented, kind, caring, warm, generous, gentle soul with the biggest heart. He was beyond selfless, with a devotion to the needs of the community around him and a love for his family like no other. The consensus among friends was Harris was the most wonderful man in every respect. He was sincere, always thought of others first, treated everyone well, and did not have a mean bone in his body. A true mensch, he was respected and loved by all. A graduate of Thayer Academy, Brown University, and Columbia Business School, he worked in insurance, was an analyst at Chemical Bank in New York City, and for the past 40+ years worked as an independent real estate professional and business mediator.

A firm proponent of supporting his Tidewater and Woodfield communities, Harris served many organizations. He fulfilled multiple roles with the Beth Shalom Village culminating in his serving as President, active roles with Temple Israel leading up to Vice President, Chair of the Field Day Tennis Tournament for Norfolk Academy, Chair of Super Sunday for the United Jewish Federation, board member for Friends of the Israel Defense Forces, and a committee member at Woodfield Country Club, to name a few.

Harris was athletic and loved sports, especially skiing, tennis, and golf. He was an incredible pianist and enjoyed being on the water in any type of boat. Some of his happiest days were on the slopes or on Cape Cod with his family around him.

Harris is survived by his loving wife of 48 years, Cheryl, and their adoring children, David and Debra. They were his entire world, and he was theirs. Everything he did in life was for them. Cheryl was the love of his life, and Harris is and will always remain hers. David and Debra were the stars in his eyes. Harris is also survived by his brother, Dr. Robert Sloane, MD (Brenda), his sisters-in-law and brothers-in-law, Gail Fleder, Eileen Kahn (Stewart), Lawrence Fleder (Anne), in addition to his nieces and nephews – Michele Sloane, Andrew, Steven (Jaime), and Laura Kahn, Emily, Kendall and Audrey Fleder, his great nieces, Sloane Schulze and Vera Kahn, and many cousins and friends. He was predeceased by his nephew John Sloane. Harris cherished his family and friends so much, and he will be greatly missed by them all.

The family would like to thank Amelia, Colette, Marise, Portia, and Jackie for all of their loving care and assistance.

The funeral will be held on Friday, July 8th at Forest Lawn Cemetery, Norfolk, Virginia at 11:00 AM, with Rabbi Michael Panitz of Temple Israel officiating.  The meal of consolation will be at Temple Israel, Norfolk, Virginia immediately following the service and the family will be receiving visitors there.  The family will be sitting shiva on July 10th between 3-5 PM at the home of Anne and Lawrence Fleder in Virginia Beach, VA and on July 12th from 6-7:30 PM at Woodfield Country Club in Boca Raton, Florida.

Contributions may be made in Harris’ memory to Beth Sholom Village, Friends of the Israel Defense Forces, JARC, or the charity of your choice. Condolences may be left online at www.altmeyerfh.com.

Dear Cheryl, Debra, and David,
Tony and I are so sorry for the loss of Harris. It was evident he was a doting husband and an adoring father and you all meant the world to him.
We will miss him.
Love, Lisa and Tony

Dear Cheryl and Family, We are so sorry to hear of Harris’ passing. We hope you all can just remember the good times and his warm and loving smile. May his memory be a blessing to you all.

Dear Cheryl,
Although it’s been years since we saw Harris, we know what a wonderful guy he was. Jules and I send you and your family our love and support. Stay well and enjoy your family.

Cheryl,Debra and David,
I was so sad to read David’s beautiful tribute. I know he will be greatly missed by all.
May all your wonderful memories be a blessing.
Love,
Maryann & Stewart

Cheryl, David and Debra
Chuck and I were so saddened to hear of Harris’ passing. May the wonderful memories you have of Harris help you during this very difficult time. We are thinking of you.
Fondly,
Cousin Nancy R Zeitman

Dear Cheryl, Debra, and David,
We are so terribly sorry for your loss. Your father was an incredible man that always put the three of you ahead of himself. May his memory keep you strong during this very difficult time. Baruch Dayan Haemet.
Love,
Tali and Adam Tantleff

Extending my deepest sympathy to you and your family.

The Benz family sends their condolences. Wonderful memories from our times at Colgate and always such a great time in Falmouth.

I am so sorry to hear this sad news. Harris’ smile is still so vivid in my mind. May your memories sustain you all at this sad time.

We are very sorry to hear about Harris. Our thoughts and prayers are with your family!