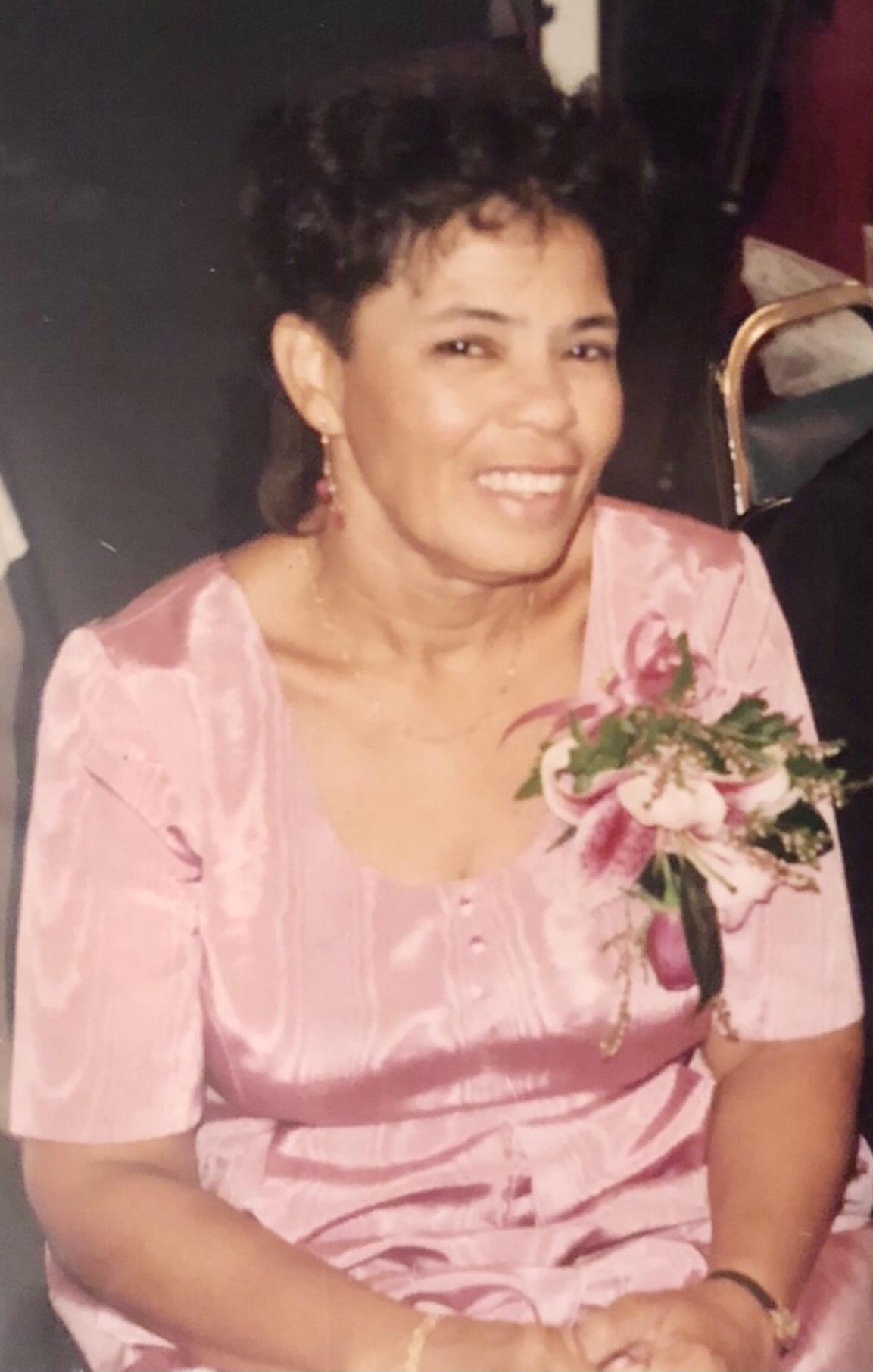 Happy heavenly birthday my sweet Aunt. We miss you dearly and can’t wait to be reunited again with you, jeanie, daddy and our whole family

To Ms. Gwen, Robin, Kim, Jorge and every precious member of the Sanchez Family, thank you for your trust and for granting me the honor of serving such an astounding woman. I love each of you dearly. May God continuously bless you.

Her beautiful obituary clearly expresses the truth and essence of Gwen. Her hugs and smiles, strength and faithfulness will always live in our hearts. Condolences to all the family.

Robin, George and family,
Duane and I send our love and prayers for comfort. Gwen was one of the sweetest people I’ve ever met. She is already sorely missed. She was so blessed to have the constant love and care you gave.

Jan (and Ron too)

Robin, Kim, Chip and Families,
Gwen was one of my dearest friends. Anyone that took the time to get to know her realized what a beautiful soul she was! Gwen was kind, humble and compassionate beyond measure. She loved you all so very much. I always loved when we talked and she would “tell” on you guys. I knew everything you did was 100% out of love and concern for her. I would smile and remind her of that. She would giggle and say, “I know.” She did know. It’s just hard letting go of some of our freedoms as we age.
You will all remain in my prayers because I know she would want that and I love you all. Jesus is right there…lean into Him. He will sustain you. Much love.

Dear Robin, Haydn, and the entire family. Gwen was a TRUE ANGEL here on earth. I have such fond memories of her and her faithfulness to our choir and Suburban Christian Church. I loved her so much. My deepest sympathy to you in her passing on to be with Our Lord. I know she will be singing in that Heavenly Choir. She was a blessing to all. My thoughts and prayers are with you.

Michael and I send all our love and deepest condolences to you Robin, George and family. We love you and pray Holy Spirit will comfort and keep you. I loved reading the beautiful memories shared in the obituary. Her faith was inspiring.

To: Robin, George , Hayden and the Sanchez family. I just read the most beautifully written obituary I have ever read. I met Gwen a few years prior to George and Robin wedding. She had such a sweet spirit about her. She expressed love and wisdom in all that she was involved in. Two years ago she lost her life partner her sister Jean. I know that took a serious toll on her. Gwen was a special person and she will never be forgotten. Rest In Peace Gwen until God wakes you up in his presence. You are already missed. Robin and George God will be the source of your strength and peace at this time. Robin you went above and beyond for your aunt and most of all for your mother. Gwen knew you love her with all your heart. God bless you and your entire family

After reading the beautiful obituary I feel like I really know Gwen and know what a strong faith she and her family have. After she retired from the choir at Suburban Church, she had “her seat” at the end of the last row on the left. I often sat next to her then. I appreciated her granddaughter who brought her and picked her up almost every Sunday. Her family is in our prayers.