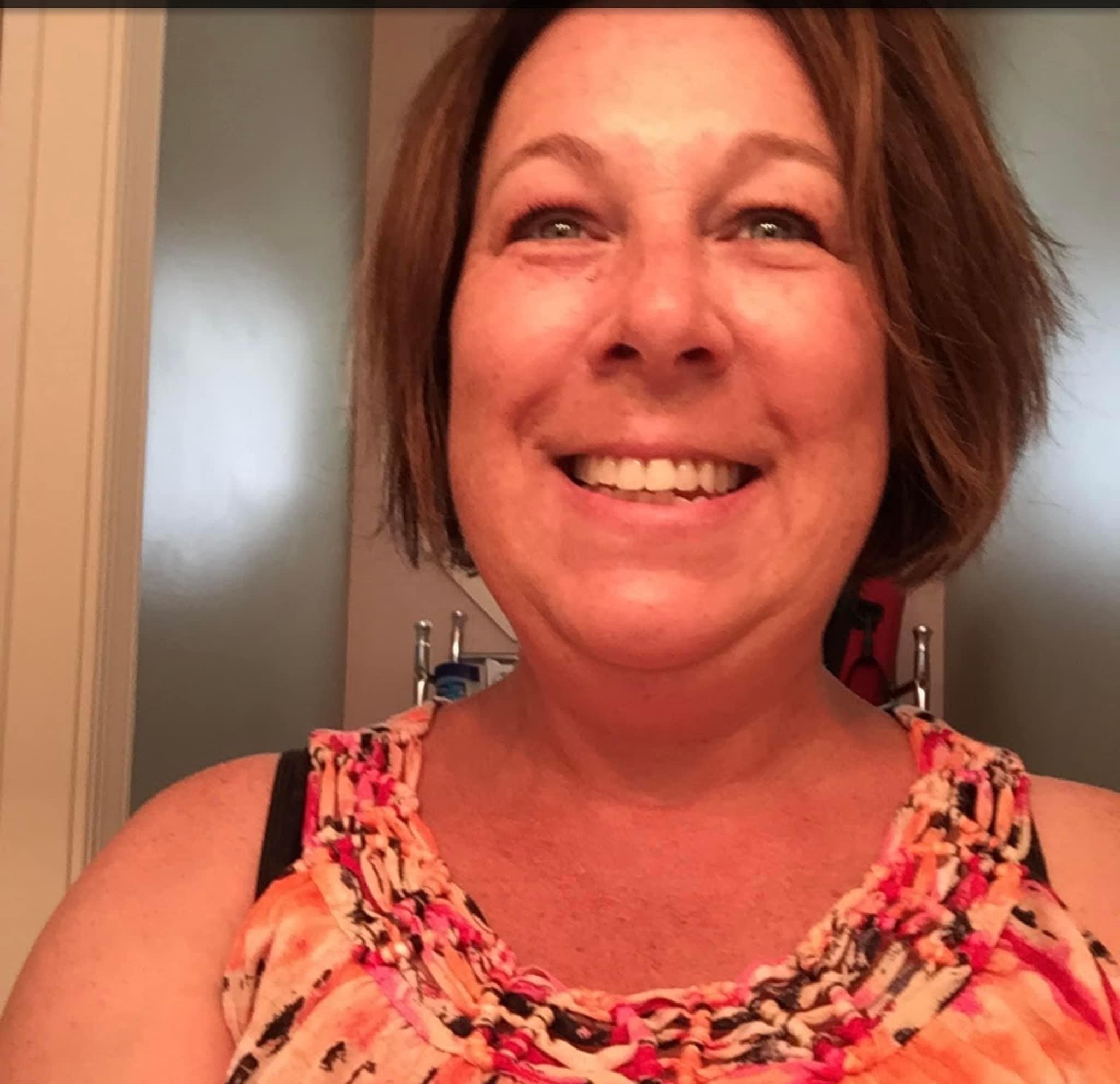 BABER nee Petersime, Gretchen M., age 53, of Virginia Beach, Virginia, passed away unexpectedly though peacefully in her sleep in her home on October 8, 2022. She was preceded in death by her mother, Christine M. Petersime; uncles James Petersime and Terry Neville; aunts Susan Norman and Jane Bang; and father and mother-in-law, Claude Jr. and Ellen Baber. She is survived by husband Jeffrey J. Baber; her daughters, Jessica C. (Guillaume) Bergeron of Saskatoon, Saskatchewan, Canada, Lauren N. (LaRue Major) Baber of Virginia Beach, Virginia, Bethany-Anne M. (Hunter) Terry of Danville, Kentucky; son Zachary C. Baber of Virginia Beach, Virginia; father William L. Petersime of Dayton, Ohio; brother Jason P. Petersime of Miamisburg, Ohio; sister Megan E. (Chad) Thede of Davenport, Iowa; and six grandchildren: Gaëlle Bergeron-Denis, Aryëlle Bergeron-Denis, Lily Foster, Kayden Ore, Michael Major-Gorham and Charlotte Terry.
Gretchen leaves an indelible mark on all of the lives she touched. She had a strong will, fiery personality, and loved her family and others deeply. Through 34 years of marriage and motherhood, including 20 years as a Navy wife, she raised and cared for all four of her children. During the many deployments, Gretchen supported her children participating in many school, sporting, and other life events. After her children grew up and left home, she quickly developed a deep love for animals which led to her fostering dogs in need. Her love will never be forgotten.
A wake to honor her life will take place at a later date in 2023. In lieu of flowers, contributions in Gretchen’s memory may be sent to Hope for Life Rescue Inc. at www.hopeforliferescue.com or to Virginia Beach Animal Care and Adoption Center at www.vbacac.com. Condolences may be sent to the family below.

Jeff, my deepest sympathies to you and your family. All of you are in our prayers.

Jeff, words can’t express how sorry I am for your loss. We will keep you in our hearts and in our prayers through this difficult time.

I’m so very sorry to hear about your loss.

So sorry Jeff to you and your family. My prayers and heartfelt condolences during this unimaginable time. Love, Shelley

Jeff, words can’t express how saddened I was to learn of your loss. My heartfelt sympathy to you and your family at this sad time.

Jeff and Family, Thinking of you with a heavy heart. If you need anything or Just need to talk, please call me.

Jeff and family, my sincere condolences on your unexpected loss.

Eternal rest grant unto Gretchen, O Lord, and let perpetual light shine upon her. May her soul, through the mercy of God, rest in peace, Amen.

Very sorry for your loss, prayers for you all during this difficult time.

Love and Prayers to the Family and Friends.

Jeff, Jess, Lauren, Beth, Zach, and family.
We are so very sorry for your unexpected loss. Gretchen was a very dear friend during some very difficult Navy life years. I recall her humor, and energy like none other! Her smile was infectious! From our first encounter at a submarine family bowling party to a birthday luau celebrated in a grass skirt she never let me down with her dedication to our friendship! Even in the years we lost touch we all have thought of Gretchen with fond memories and laughter. We send you all our love and prayers. Until we meet again my friend rest easy now. Love Deanna, Brian, and family
* photo at our Grandsons first Birthday with Emily Cope❤️