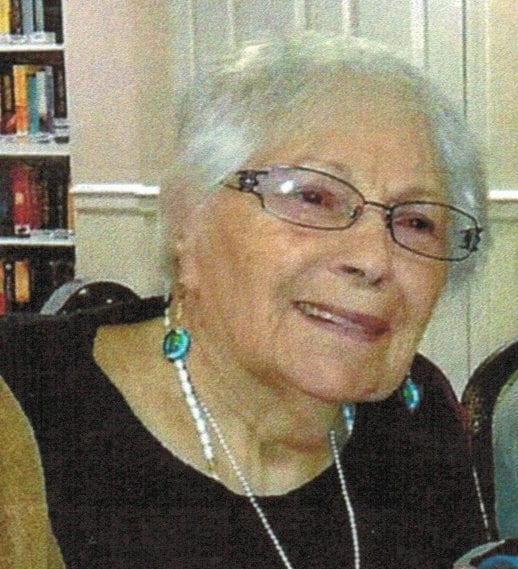 Giovanna A. Morreale, of Virginia Beach, entered Eternal Life on Friday, January 13, 2017 at the age of 93 years. She was born in Italy to Vincent Mercogliano and Maria Cafarelle Mercogliano on July 11, 1923. Giovanna spent her early life in Italy and NY. As an adult she served in the United States Army, and later pursued a career in nursing as an LPN.
In her freetime, she enjoyed traveling the world and flying as a recreational pilot. She loved all animals. She spent many hours baking, cooking, and sharing her culinary gifts with family and friends. In addition to her kitchen talents, she also had an ability, with needle point and crocheting, to create prayer shawls and blankets which would later be donated for the comfort of hospital patients.
Giovanna was a devout Catholic throughout her life. Giovanna championed causes for children and was a strong advocate of education and children in need. She was a frequent donor to Star of the Sea Catholic School and Operation Smile.
Left to cherish her memory are her daughter, Cassandra Elliot; daughter Deborah Morreale Torres, daughter Maria Russell, daughter Patricia Ann Morreale, daughter Janet Verna Morreale; grandson Daniel Christian Morreale Torres; granddaughter Olivia Russell, nephew Vincent Mercogliano and many other relatives and friends.
A Memorial Mass for Giovanna will be held on Wednesday, January 25 at Star of the Sea Catholic Church (1401 Pacific Ave. Virginia Beach, VA) at 2:00pm. Final rest at the Church Columbarium.
Memorial contributions to celebrate Giovanna’s life may be made to Star of the Sea Catholic Church (1404 Pacific Ave, Virginia Beach, VA 23451)

My heart goes out to Giovanna’s family. I met her when I worked at the Post Office at Seapines Station. She was an absolutely beautiful lady from the inside out! She would invite me over for lunch and was so happy that I enjoyed her food. She would tell me all about her family whom she loved very much. Giovanna would go to Africa and bring back special beads for me. She was so kind and thoughtful. Not a bad bone in her body. She will be missed by many and her memory will live on. I know she had a great life here on earth, but now she is with the angels. My condolences to her family.