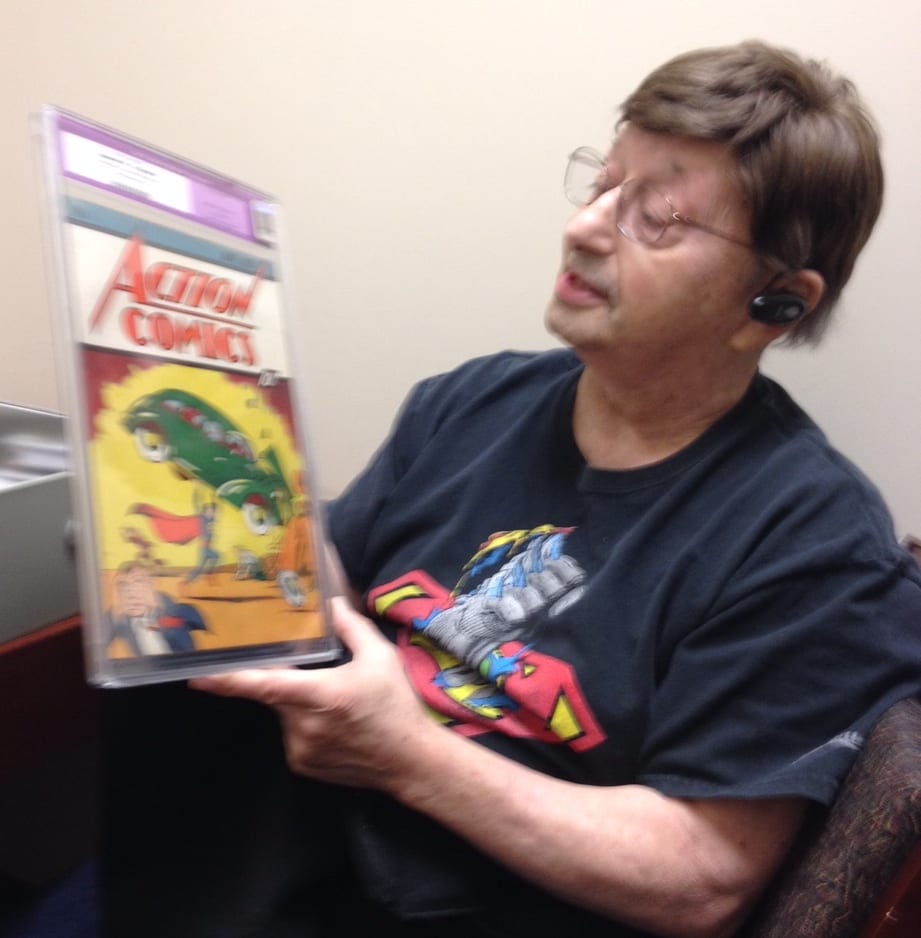 Gerald “Jerry” Ringi, 70, passed away Tuesday, May 17, 2016.
He was preceded in death by his parents, Pellegrino and Lucille Ringi; and his gecko, Bernie.
Mr. Ringi served in the U.S. Air Force during the Vietnam Conflict, was employed with NNSY 17 years, and was the retired owner of Amazing Fantasy, a comic book store, in Chesapeake.
He is survived by his wife, Cathy Beal; his son, Pellegrino “Pelli” Ringi, his wife, Megan and their daughter, Ava, all of Lynchburg; four sisters, Rosemary, Patty, Barbara and Maryann; his brother, Peter Ringi; and his gecko, Elton.
A memorial service will be held at his home 2 pm Saturday, May 21, 2016 followed by an open house until 5 pm. Interment will be held at a later date in Winter Park, Fla.
Altmeyer Funeral Home, Denbigh Chapel, is in charge of arrangements.
Online condolences may be shared with the family at altmeyerfuneralandcremation.com

I enjoyed our many talks about comic books back when Jerry and George opened up Amazing Fantasy Comics. My condolences to Jerry’s family and friends. He was a really wonderful man.