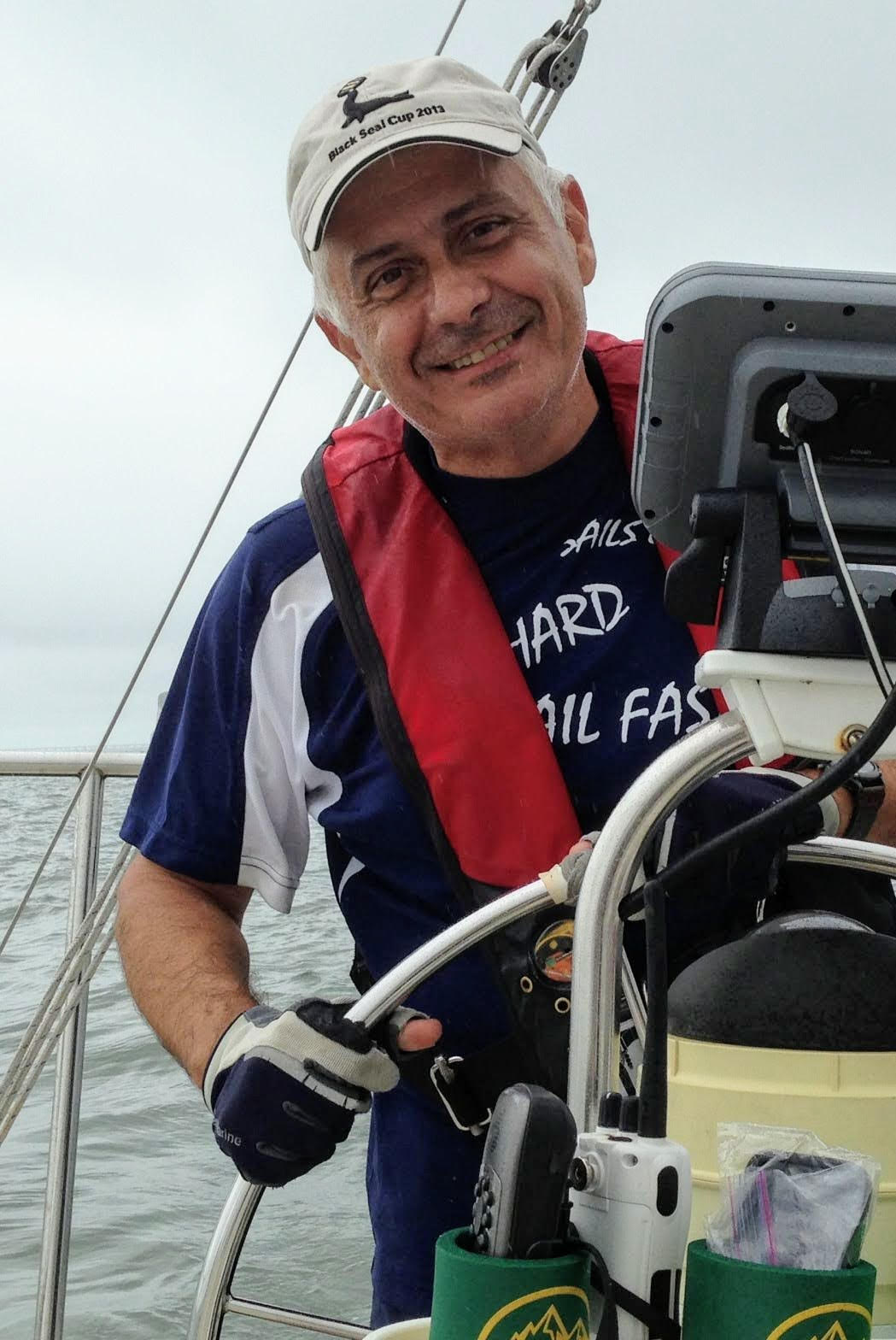 Visitation will begin at 9:30am until 10:30am.  The family invites everyone to join for a rosary lead by Father Kevin Fimian promptly at 10:30am.

The family invites everyone to join them in a rosary lead by Father George promptly at 1:30pm.

Cemetery
Tuesday April 19, 2022
11:00 am
Arlington National Cemetery
1 Memorial Dr.
Arlington, VA
Directions
George Elliott III, 65, passed away Thursday, January 6, 2022 in Virginia Beach, VA surrounded by family and with the grace of the Sacraments. George was born in Paris, France to George Elliott II and Monique Morel.  He was a graduate of Laurel High School in 1974, the US Coast Guard Academy in 1978, and Harvard Business School in 1984.
George graduated high school intending to be the king of a small country, but while at the Coast Guard Academy, he met Andrea Elliott, who quickly became the queen of his heart. Leaving behind his regal dreams, he became a servant of the nation and of the helpless on the seas, serving in the US Coast Guard on a buoy tender and then becoming a Captain, taking command of the cutter Point Arena. After studying business, he stepped into the private sector working for Kimberly-Clark as a manager, where he sought to solve problems, improve production, and protect his people.
Retiring young from Kimberly-Clark, he dedicated himself full-time to his greatest loves: God, his family (especially his grandchildren!), the unborn, and sailing. A true servant at heart, in George’s last years he could more often than not be found praying, serving his family, and serving the Church. His knack for fixing problems and managing people served him well in building and repairing houses for the poor (and his kids – not poor, but very appreciative!), organizing pro-life efforts, and mobilizing his 6 grandchildren to play, work, and pray.
George is predeceased by his parents and his father-in-law, Fred Kemp. He is survived by his wife, Andrea, his daughter and son-in-law, Kristin and Luke Fier, his son, Fr. George Elliott IV, his grandchildren, Tommy, Isaac, Cecilia, Clara, Ben, and Freddie Fier, his sister, Joan Bond, and his beloved mother-in-law, Norma Kemp.
A visitation will be held from 9:30-10:30am followed by a rosary at 10:30am on Saturday, January 8, 2022 at Altmeyer Funeral Home’s Maestas Chapel, 1801 Baltic Ave. in Virginia Beach. A second visitation will be held from 1:00-1:30pm followed by a rosary at 1:30pm and funeral Mass at 2:00pm on Monday, January 10, 2022 at St. John the Baptist Catholic Church, 120 W Main St, Front Royal, VA 22630. In lieu of flowers, please donate to Catholic CAST Media and/or Hope4Life Virginia.
39 Condolences
Inline Feedbacks
View all condolences
Admin
Anonymous

I’m so very sorry for the loss of George. Wonderful Academy classmate, fellow sailor, and Commodore of the Norfolk Naval Sailing Association. George sailed aboard our 110 year old Friendship Sloop, Integrity, on multiple occasions. He brought a calm confidence, rooted in extensive sailing experience, that took the edge off the stress of plying the waters of the Chesapeake Bay. Andrea, thank you for your generosity in sharing your husband with us, and teaming up with him to provide wonderful hospitality in your home. We will miss him dearly and pray peace and comfort over you and the family as you navigate this difficult time.

Fr. George Elliott is our pastor here at Sacred Heart Catholic Church in Nacogdoches, TX. By reading through the condolences, I can see why Fr. George is a wonderful, caring priest. He was obviously raised by an amazing, loving dad. Your family has been and will continue to be in the prayers of the members of Sacred Heart Church and Catholic Nac.

We were privileged to know George for over 14 years. I spent many a fine day sailing
with him and a better man or friend would be hard to find. May you find comfort in the knowledge that he will be missed by many. Our deepest condolences to Andrea and the family.

George was the leader of our crew of musketeers for more than twenty years with Don Reid and me. We met in Neenah, WI where George and I worked for Kimberly-Clark. Don had a 30 foot Hunter which we raced on Tuesday nights through the summer.
Our sailing adventures included a bluewater trip from Bermuda to Annapolis, a trip around the British Virgin Islands, a circumnavigation of the DelMaVa peninsula and multiple sails up the Chesapeake Bay.
A friend who will be dearly missed and not easily forgotten!

We were so sorry to hear of George’s passing. He an Andrea were wonderful next door neighbors in Texas. Watching Kristen and GT grow up was a wonderful experience. George was always a gracious host and enjoyable to be around. He will be sorely missed by all of his friends.

Dear Andrea, no time on earth is long enough to share with those we love or to prepare our hearts for good bye. George made the world a whole lot better place, wonderful sense of humor, his kindness, and loving ways. He gave such pleasure to all who knew him. He certainly understood life’s deepest pleasure was found in God and his family. Don’t let go of the song in your hearts as you shall always remember those special moments that will echo in your thoughts and words forever. Our sympathy and prayers are with you now as we believe God has taken George by the hand to rise with him in heaven.

Mike and I were so happy to meet Andrea and George when we moved to Front Royal! Mike and George, both sailors, clicked immediately, and we enjoyed every minute when we were with Andrea and George. We will truly miss him, but cannot begrudge him the prize of heaven! He ran such a good race as a husband, father, grandfather, Prolifer, and humble man of God. We continue to love him in Eternity. To Andrea, Fr. George, Kristin and Luke and family. …. George has moved to a different address and someday you’ll move there too! In the meantime …. our heartfelt condolences. Much love…. Mike and Boots

I was deeply saddened to hear that George has passed away. He was a reflection of God’s love. May he Rest In Peace.