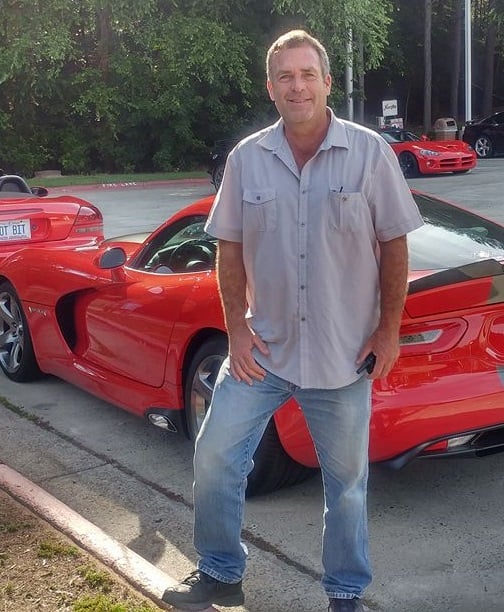 George H. Murray Sr was born in Alexandria, VA to Raymond WW Murray and Louise Virginia Burruss Murray on December 17, 1960. He was a graduate of Old Dominion University. George was a car dealer for over twenty years. He was a Veteran and served in the United States Navy and received many Navy medals and commendations during his nineteen years of service. He was an avid motorhead, Dodge Viper owner and motorcycle enthusiast. George’s ability to tell a story was legendary and often long winded. He enjoyed spending time with his children, friends and more recently found his faith in Christ who called him home. The youngest of six children, George is survived by his children, Louise Murray and George Murray Jr., siblings, Elizabeth Baldwin, Barbara Logue, Kathy Noble, Raymond Murray and Mary Clark. George also had many great nieces, great nephews, nieces and nephews. In lieu of flowers the family asks that you make a donation to his children for their education. A celebration of life is planned for a later date and burial service details to follow.

You will be missed my friend. Thank you for all the great times together.

May your memories of George H. Murray Sr., give you peace, comfort and strength…