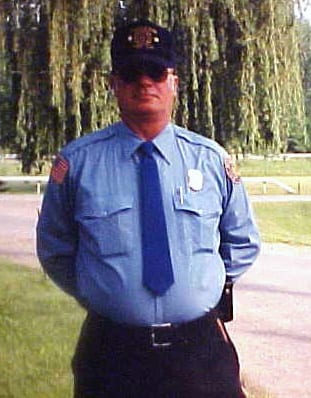 Day is done, gone the sun, from the lake, from the hill, from the sky. All is well. Safely rest. God is nigh. — “Taps”
George G. Sturtevant, 75, of Chesapeake Virginia, passed away peacefully on September 21, 2016 in Chesapeake Regional Medical Center with his sister Rose by his side.
He was cremated at Altmeyer Funeral Homes and Crematory; his remains were transported to Massachusetts by his daughter Kathleen, grandson Kenneth Jr., and his beloved cat Emma.
Funeral services will be held at 12:45pm Friday November 4, 2016 at Massachusetts National Cemetery on Connery Avenue in Bourne Massachusetts.
George was born in Brockton Massachusetts to George D. Sturtevant and Eugenia G. (Cabral) Sturtevant on April 20, 1941 He served his country honorably in the United States Air Force as an Airman from 1958-1962. He married Shirley Ann Godbold/Elliott in 1978 in Florida. He worked as a binder for Hamilton Printing in New York. He was involved in Castleton NY Fire/Police Department, NRA, and was an avid hunter and fisherman.
George is preceded in death by his spouse Shirley, Brother Lee, and Sisters Debbie and Molly.
George is survived by daughters Kathleen Wheaton, Janet Brown, Step-sons Curtis Elliot, Mike Elliot, Step-daughter Christina Tordoff, Brother William Sturtevant, Sister Rose Sturtevant, and several grandchildren, great-grandchildren, nieces, nephews, and cousins.
The family of George wishes to extend our sincere thanks to neighbors Bob, Danielle, Faye, Marilee, and Melanie for their selfless support which allowed George to age in place.
In lieu of flowers, the family requests that donations be given to your local Veterans Administration in George’s name.

Mr. George you will be sorely missed on our little street. You were character with many stories to share, wisdom and terrible jokes. Jonathan will now have to find a new way to get his cupcake stash. It was a pleasure to be your neighbor and an honor to be your friend. Thank you for always making me and my children feel safer. Rest easy my friend, give Ms. Shirley a hug from us!!

Kathy and Janet – Sorry for you loss. When someone you love becomes a memory, the memory becomes a treasure.

My condolences to the Family. Enjoyed a few chats we had on Facebook. RIP Uncle George.

Rest In Peace cousin George! I have many fond memories of times together on the Outer Banks as well as in Chesapeake. My siblings David, James, & Marie offer their condolences too.

Rest In Peace cousin George! I have fond memories of times together on the Outer Banks & at your home in Chesapeake. My siblings David, James, & Marie offer their condolences as well.

My sincere condolences to the family.

George , Thank’s for all the fishing tips over the years I tried all of them.I’ll miss all of our phone conversations. Rest In Peace.

Words cannot describe what I am feeling. I give my condolences to the entire family. God rest Dad’s soul.