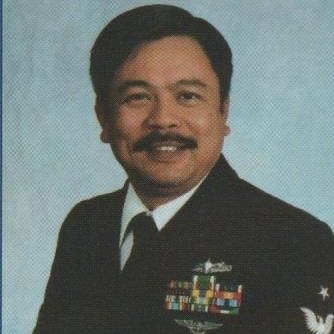 Generoso Lara Reyes, 69, passed away Saturday, July 23, 2022 in Norfolk, Virginia, surrounded by his family. Generoso was born May 9, 1953 to Maria Lara and Loreto Reyes in Las Piñas, Philippines and was the eldest of six.

Generoso met his wife in grade school and would go on to marry her in 1977. He joined the United States Navy in 1973 and moved to California 1980, eventually becoming a naturalized US citizen 1981. He served on several different ships during his active duty, including the USS William M Wood, USS Denebola, USS Simon Lake, USS Elmer Montgomery, USS Spartanburg County, USS Pensacola, and the USS Bataan. In 1985, he finally settled down, calling Virginia Beach home. He retired from the navy in 2002 after 29 years of service. Even after he retired from the US Navy, he continued to do what he could for his brothers-in-arms by auditing naval ships for 14 years.  He loved seeing the world, having visited several different countries including the Netherlands, Puerto Rico, England, France, Israel, Cuba, Tunisia, Belgium, Spain, Kuwait, Greece, Bahrain, Romania, Italy, and Japan. When he wasn’t working or travelling, he spent his time taking care of his vegetable garden and restoring his beloved 1978 Pontiac Trans Am.

Generoso has reunited in Heaven with his mother, father, and youngest brother Efren. Those left to remember him are his wife: Josephine; children: Eugene and Heidi; grandson Ryker; brothers: Loreto, Demetrio, Angelito; and sister: Sonia.

Please consider contributing the the funeral fund to assist the family during this time by clicking HERE.

The family requests those in attendance dress in business casual and/or church attire.

@Eugene and family: I am very sorry about your loss and I offer my sincere condolences. I have not known your father, but from what I read, I gather he was a very fine person.

May your memories of Generoso L. Reyes, give you peace, comfort and strength…

Sending hugs to you and prayers for your husband’s peaceful repose. My heart goes out to you. Please let me know if there is anything I could assist you with…I’m only a phone call and/or text message away.

To: Reyes Family,
Totally surprised at the news.
We both retired in 2002 and it felt like falling off a cliff so we both just kind of brushed ourselves off and became fast friends after the Navy When we discovered we were shipmates for a period of time during early Mar1979 through Nov1982 and worked together for 15 years before he retired permanently.

Whenever we were on Travel we always continued that “Can Do” spirit we learned from Capt Miller Who taught us; we can do just about anything and so after work; Gene and I visited many historical sites, places, museums etc. in whatever country we were visiting at the time to bide the time.

Just like all of us; he was a complete Navy man and will be buried in his uniform. He loved being around sailors and with the work that were providing, We were able to visit practically every ship in the Navy and visited all locations worldwide to conduct it. It’s amazing what you can accomplish when you don’t care who gets the credit – that was Gene.

Being on board ship just made it feel like it wasn’t a job at all; so having a good friend by your side just made the years go by smoothly for a job that took us away from our families for as much as 35% of the year for 15 years straight.

Although Magoo was not his first ship; his number one mentor was EMCM Jerry McCoy, we both enjoyed serving under. Jerry made hard work fun to accomplish. I wish I had his camera phone of the last time we all met a couple of years ago – before his passing and laughed at plenty of old Magoo stories.

He was just as kind as he was talented.
 I hope I have described a little bit about how this Magoo sailor was like… In passing, I’d like to say “America without her sailors would be like; God without his angels” so, Gene is getting there now.

Farewell and following seas my friend.
My condolences to the Reyes family.
Sorry for your loss.

My elementary classmate, hometown mate, lovemate, soulmate, my life – – – how can I live without you…