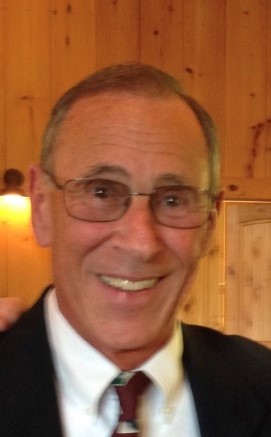 Born January 21, 1938 in New Jersey, he was the son of the late Frank and Anna Mannino Costanza.  He was also preceded in death by his sisters, Carmen Veit and Betty Lombardi.

Frank was a 20 year resident of the Eastern Shore where he was active with the local Kiwanis Club, serving as Treasurer for many years.  He also served on the finance committee of the Eastern Shore Rural Health for many years.  Following his move to the Virginia Beach Oceanfront in 2000, he attended St. Peter’s Catholic Church and Star of the Sea Catholic Church serving as Eucharistic Minister at both Parishs.

Having served aboard the USS Fremont, APA 44, he was honorably discharged from Naval service with the rank of Lt. JG.  Following his service to his country, Frank worked as comptroller for GE in Suffolk and Haynes Furniture Stores.  He retired from Kellam Distributing Company on the Eastern Shore.

A celebration of his life will be held at 6pm Monday, June 27, 2022.  Visitation will follow the service until 8pm.  You may visit his Tribute page at AltmeyerFH.com to share memories and offer condolences to the family.  In lieu of flowers, the family asks that donations be made to the American Parkinson’s Disease Association or to Eastern Shore Rural Health.

My sincere condolences go out to Frank’s loving family. Frank was an exceptional person I had the pleasure of working with at Kellam Co’’s . Loved him and Evelyn. Two of the finest people you would hope to know in life. God bless Evelyn and their family.

My sincere condolences to the family. I worked with Frank at the Kellam Companies and he was always so pleasant to everyone and such a nice person to work with. Prayers and sympathy to his family and friends.

My condolences to the entire family. Frank was a fabulous boss to work for at Kellam/Shore Stop offices along with being a tremendous friend. He was such an asset to the Eastern Shore during your family’s time here. May your wonderful memories carry you this.

Frank was a wonderful brother in law. I used to jog with him when he and Evelyn came to visit SC. He will be greatly missed by everyone. My condolences go out to Evelyn and the family. May God give them comfort in these days ahead

We are sorry to hear about Frank. We would nod and say hello to him whenever we passed walking on the feeder road. He always had a smile and noticed everyone.

Evelyn, I am so sorry to hear about the loss of Frank. Please know that you and your family are in my thoughts and prayers.

I will always remember Uncle Frank. Such a wonderful smile and one of the greatest laughs to grace this earth. I will miss him. My thoughts and prayers are with Evelyn, Chris, Greg and Stacey. We have spent some time reminiscing about Frank and the great times our families had together during our family reunion in Myrtle Beach. We love you all.