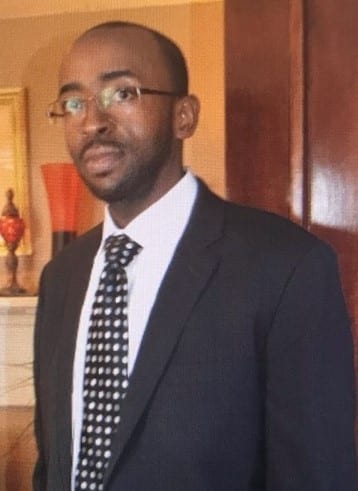 Minister Frank Taylor Jr. came into the world making a Joyful noise (Psalm 100:1) on January 20, 1984 to his proud parents, Pastor Frank Taylor Sr. and Mrs. Cheryl Daniel Taylor in Shreveport, Louisiana.  Frank ( Jr. as he is affectionately known.) viewed life as an adventure and was always ready to explore one of its challenges.
Jr. entered into the Caddo Parish School System in 1988 at the age of four (4) at Eighty-First Elementary School where he completed the Early Childhood Education (ECE) program.  In 1990 Jr. graduated from his kindergarten class at Eden Gardens Elementary school.  His elementary education continued with Arthur Circle Elementary School until he graduated from the fifth(5) grade in 1995.  Jr. was then enrolled at Turner Middle School followed by attending Captain Shreve High School where he was a member of the varsity football team.  He graduated in 2002 ready to embark upon the higher education world and ready to inspire and make an impact on all of his little cousins who were coming behind him.  Jr. enrolled at Southern University at Shreveport in the summer of 2002.  During his two (2) year matriculation there, he became the Freshman Class President, Student Government President in 2003 and a member of the Southern University Board of Supervisors; making his voice heard across all of the campuses. In May of 2004, Jr. received an Associate of Applied Science in Electronics Technology.  Ready to embark on his next adventure; Jr. entered Southern University Agricultural and Mechanical College in Baton Rouge, Louisiana and in May of 2007 received a Bachelor of Science in Electronics Engineering Technology.
Jr. was a faithful member of the Mount Olive Baptist Church on Turner Lane in Shreveport, where early in his life he confessed his acceptance of and love for Christ Jesus.  He served in many capacities.  Jr. was very active in the youth ministry and always willing to serve.  Jr. was a member of the Sunday school, youth usher board, the youth choir, the drill team and developed a ministry on his own that he named “Van Partners.”  Jr. attended the Southern Baptist Youth Encampment and represented his church well at both the Baton Rouge and Grambling, Louisiana encampments. Jr. was so committed to serving God and showing which team he was on that he confessed his calling at the age of seventeen(17) and became a minister further continuing his Joyful noise!
Jr’s professional career included a position as an Electronics Engineer at Northrop Grumman in New Orleans, Louisiana for three (3) years.  Also, an Electrical Engineer, Shipbuilder with the Department of Defense, Huntington Ingalls Industries in Newport News, VA from 2010 until he went to be with our Lord.
Jr. was preceded in death by his paternal grandfather, Rooselvelt Taylor; his paternal grandmother, Lucy Collins Taylor; his maternal grandfather, Roy Daniel; his uncle Richard Daniel Taylor; and his aunts, Bertha Collins and Louella Taylor.
Jr. loved God, his family, his career, his truck, telling jokes and making others laugh, the Southern University Jaguars and the Dallas Cowboys!  He is making a Joyful noise for us all.  Cheering us on until we all make it to the Superbowl!
Jr. leaves to cherish his memory,  his loving mother:  Cheryl D. Taylor, his loving father: Frank Taylor, Sr.; his sisters: Chrystal L. Taylor, Jessica N. Taylor (O’Fallon, Illinois) and Keyona Nash; his nephew: Jeremy S. Phelps Jr. (O’Fallon, Illinois); Grandmother: Eddie W. Daniel; Uncle: Christopher L. Daniel (LaTara); Aunts: Cynthia D. Daniel, Carla D. Brown(Levi III), Sally C. Webb; Great Aunts: Irene Davis, Mary B. Gilyard, Jessie W. Gaddison, Jackie Ruth Winn(Oakland, CA) and a host of cousins, relatives and very dear friends.
CELEBRATION OF LIFE FOR MINISTER FRANK TAYLOR JR.
Saturday, August 22,2020 11:00 AM
Morning Star Baptist Church of Shreveport
5340 Jewella Avenue
Shreveport, Louisiana
Dr. Theron Jackson, Pastor