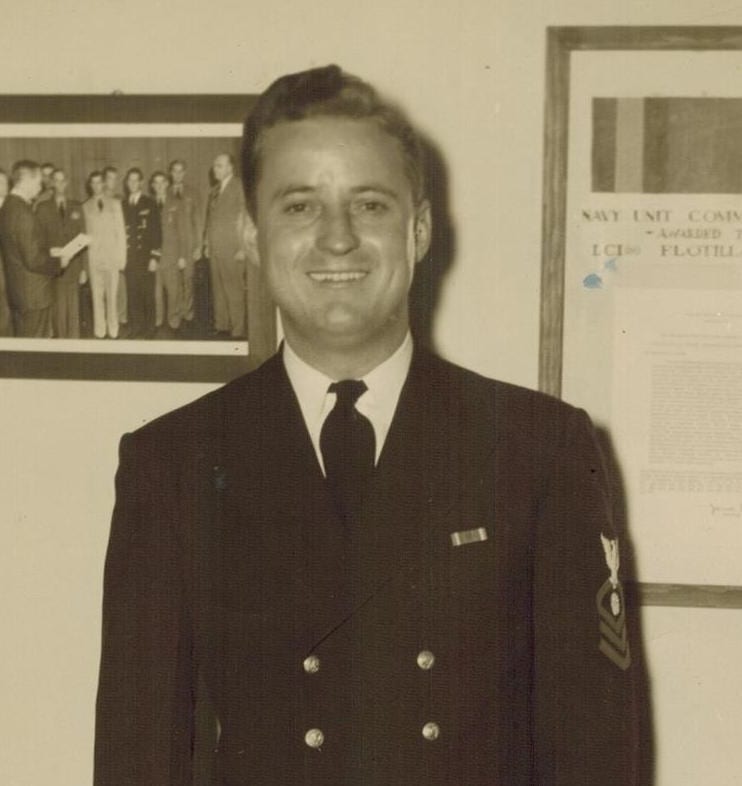 Mr. Consolvo grew up in old “Atlantic City”, now known as Ghent. He joined the Navy at a very young age to help his family, which consisted of 14 children. Frank served in the United States Navy for over 20 years with distinction aboard three aircraft carriers, the Langley, Wasp, and Antietam during WWII. After retiring from the USN, Frank immediately went to work at the Naval Air Rework Facility as an electrician. He received congratulations from the USN upon his retirement from the Federal Service in 1981 after more than 44 years of faithful military and civilian service. He was a hard-working man who loved his family. In his free time, Frank was a voracious reader and very self-educated; he could always share knowledge and remember significant life events.

A memorial service will be held Wednesday, October 7, 2015 at 6pm at Altmeyer Funeral Home, Southside Chapel, 5792 Greenwich Rd., Virginia Beach. Condolences may be expressed to the family at www.altmeyerfh.com.

“It is not the years in your life that matter, it is the life in your years.”

Frank entered our lives in 1979 after meeting our mother at a social gathering. As her companion of many years he was much loved in the Edwards family. Our admiration for Frank included his keen mind and positive attitude and upbeat spirit. Frank also had a love of family and friends. His ability to share his knowledge and stories with others endeared him to us. He could recite poetry from memory and was a man of many witticisms and talents. His memory will remain in our hearts and we are blessed to have known him. He will be sorely missed by all.

John and Joann Edwards and Family

I met Frank when I married Betsy Edwards. He was always ready to talk about shared experiences in the military and world events. Even at a later age Frank was very sharp minded! We would visit with Frank and his partner of over 35 years, Dorothy Edwards, at their home a few times a year. I know she and many others share the same emotion that he is greatly missed.

Sorry to the whole family on the loss of a great man.

So sorry for your lost. Thoughs and prayers are with you.