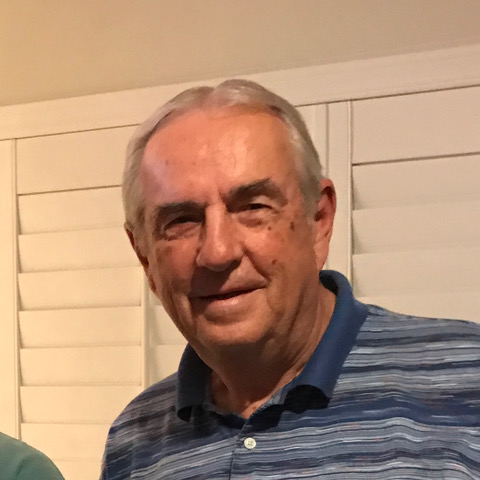 Francis Anthony Bruno, age 79, of Williamsburg, passed away March 23, 2022. He was preceded in death by his parents, Alphonse Bruno Sr and Ruth Butt, and his siblings, Alphonse Bruno Jr, Ann Lieder, and Mary Termini. Francis retired as a Commander from the US Naval Reserve after serving 23 years and as a vice-president with AT&T Universal Card after 29 years.  He thoroughly enjoyed twenty-four years of retirement spent playing golf; traveling with Rexanne; spending time with his children, grandson, and siblings; sending daily texts with jokes to his grandson; growing tomatoes; and walking his daughter down the aisle last November. He is survived by his wife, Rexanne, his son, Todd (Tammy) of Lake Worth, FL, his daughter Kristin (Stephen) Powell of Seaford, VA, grandson, Connor and siblings, James (Joann) Bruno of Midlothian, Catherine (Bill) Wishnosky of Virginia Beach, Virginia (Ken) Bowden of Seaford, and Marian Vollmer of Chesapeake and numerous nieces and nephews. His funeral mass will be at 11:30AM on Friday, April 1, 2022 at Saint Bede Catholic Church, Williamsburg. The family requests that memorial donations be made in Francis’ name to the House of Mercy, 10 Harrison Ave., Williamsburg, VA 23185.