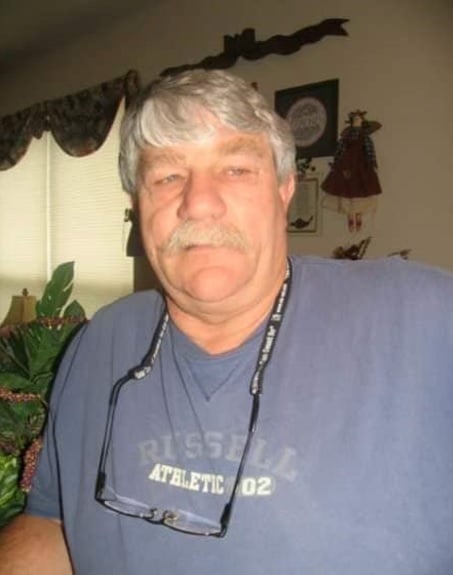 Ervin Benjamin “Chip” Scovel, 74, passed away Friday, July 15, 2022 in Suffolk, Virginia surrounded by his loving son and daughter-in-law following an extensive battle with Myelodysplastic Syndrome (MDS) Cancer. Chip was born March 23, 1948 to Benjamin and Hilda Scovel in Kalamazoo, Michigan. He was a graduate of Richland High School in Richland, Michigan.

Following graduation, Chip enlisted in the United States Army to go on to serve in the 173rd Airborne Brigade and complete 2 tours in Vietnam. His distinguished serviced alongside his brothers in arms earned him several unit medals to include his awarded 3 bronze stars. Following his return home from Vietnam and a small gap in service with the Army, Chip found himself back among the enlisted ranks as a helicopter quality controls inspector at Fort Hood in Killeen, Texas. This set the precedence that led to meeting his eventual wife Debra and the birth of their son Shawn. Following an injury on the job, Chip found himself in line for an honorable medical discharge where he would soon start his new career in Heating and Air Conditioning with the formation of his company, Eagle Heat and Air.

While his marriage wouldn’t last forever, Chip and Debra remained close until he departed, sharing in the joys of raising their son.

By 2004, Chip had retired from Heating and Air Conditioning to fully invest in his dreams of Entrepreneurship, forming VGC Enterprises, a company he would utilize to teach the skills required to work and manage the business to his son. This company consisted of a sign and graphics company as well as food vending and shaved ice concessions.

He was a man of his passions. He developed and cherished many friendships and partnerships along the way with his endeavors. But the one thing that he never compromised for was his son. Through his son’s sports interests such as baseball and golf, school functions and chaperoning marching band trips to Florida, Ireland and the United Kingdom, he would accompany him to show his undying support for his activities. Chip was an avid golfer through his life and loved to play and provide lessons through some of courses he worked. Chip was a nickname that he acquired due to his uncanny ability to chip the golf ball anywhere around the green. This nickname would accompany him through his life, well beyond the years he was able to take to a golf course.

In addition to being predeceased by his parents, Chip was predeceased by his sister Maryln. Left to cherish his memory are his son Shawn and wife Kelsey; brothers Jim, Rich (Lynn) and Ike (Cindy); sisters Janet, Rose and Elvina; and a host of cousins, nieces, nephews and loving friends.

A visitation and celebration of life will be held from 7:00 pm to 9:00 pm on Wednesday, July 27, 2022 at Altmeyer Funeral Home, 5033 Rouse Dr., Virginia Beach, Virginia 23462. A graveside service will be held a later date at the Central Texas State Veterans cemetery in Killeen, Texas where he will ultimately reside. In lieu of flowers, contributions can be made to St. Jude Children’s Research Hospital in Chip’s honor. Condolences may be left for the family below.

So sad to hear of the passing of my older brother Chip. Unfortunately, the miles between our homes kept us apart physically however we remained relatively close and he will be greatly missed. THANK YOU Chip for your numerous years of dedicated service towards protecting our country & the freedom we all enjoy. RIP brother!
To his beloved son Shawn – you are his pride & joy although I’m sure you are aware of this point. Thank you & your wife Kelsie for the timeless care & support that you have given to your dad over the recent months. Take care of each other.

Uncle Chip always seemed to have time for us kids, He was great at wrestling and chasing us around. He was a mentor to me in my early teen years.
Chuck